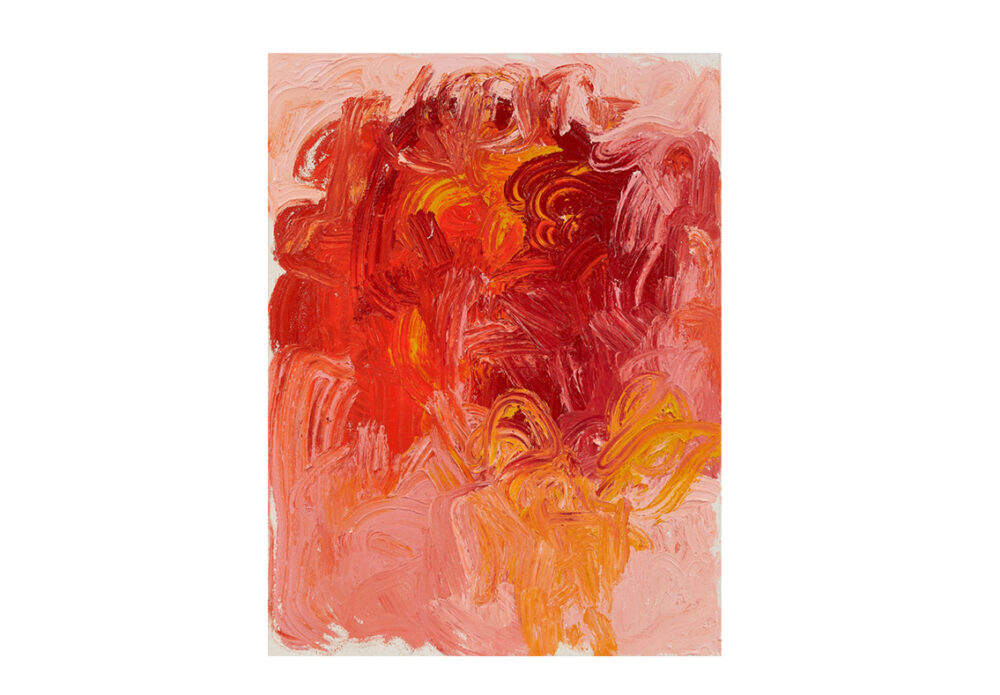 In partnership with SLAG Gallery, Galerie RX New York is honored to present Hermann Nitsch’s first solo exhibition, “Bayreuth Stories,” with paintings that trace his deep connection to the composer Richard Wagner and the concept of “Gesamtkunstwerk” – the total artwork. The New York exhibition will take place in parallel to Nitsch’s solo show at Galerie RX, Paris.

Starting with a unique “Relic” painting from 1987 through the recent colorful flower field paintings, as well as a rare set of sketches of opera costumes, we are reminded that like Wagner’s ultimate “sacred stage festival” Parsifal, where “space becomes time,” for Nitsch, art is a story of constant renewal and a celebration of life.

This exhibition is a prelude to two major events that follow:
– Nitsch’s “Malaktion” or painting action, conceived in conjunction with Wagner’s Valkyrie on July 29, August 3, and August 19 at the Bayreuth Festival
– and the “6-Day-Play”, a vast performance at his residence in Prinzendorf, Austria, based on a carefully planned score, with hundreds of participants; a Dyonistic ritual and synaesthetic experience involving Sight, Touch, Smell, and Hearing.

One of the founding members of the Wiener Aktionismus (Viennese Actionism) art movement, Hermann Nitsch, born in Vienna in 1938, is also one of the most prolific members of the group.
Hermann Nitsch is particularly interested in expressionism and religious art, following his academic training. Noted as a master of Austrian performance, the continuously active artist presents a total art with sensuality: limitless, Dionysian and demonic. His mastery of many media (plastic arts, theater, music, etc.) expresses his system of values, at once spiritual, philosophical, aesthetic, and social, all taking part in his larger artwork.

Denise Wendel-Poray is a Canadian writer, journalist and curator. The author of books and essays in English and in French about the relationship among art, theater and music, she has been guest curator at the Lehmbruck Museum in Duisburg for two years, co-producer of an exhibition on William Kentridge at the Museum Rupertinum in Salzburg, and curator of solo exhibitions of artists Hermann Nitsch and Howard Hodgkin in Paris. She has also given seminars on theater design by artists at the prestigious Kunstakademie in Düsseldorf. As a journalist, she has written for Opera Canada Magazine, ArtPress, Quotidien de l’art, Art Review and the Wiener Kurier. Denise Wendel-Poray lives and works in Paris.