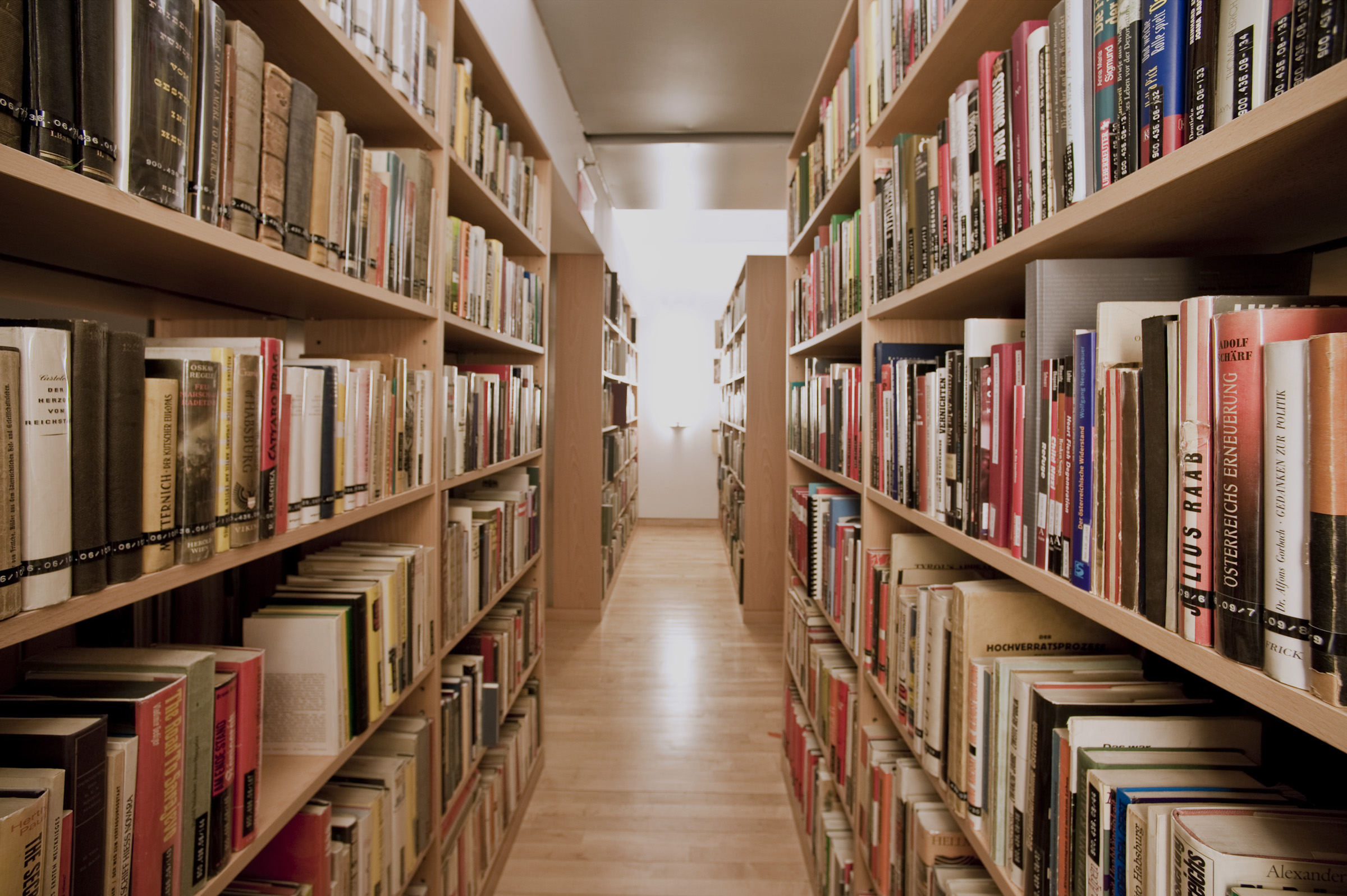 Our library is currently available for scheduled pick-up and returns weekdays between 10:30am and 5:30pm (except U.S. and Austrian holidays – check the ACFNY Holiday Calendar 2022)

The ACFNY’s cozy library is named after the acclaimed Vienna-born US writer and intellectual Frederic Morton (1924-2015) and offers the largest collection of Austrian content in North America, with more than 11,000 volumes of literature, art publications, historical, and political works.

Take advantage of our reference library and its extensive collection of Austriaca. You can find titles in our online catalog that also includes the data of additional 60 libraries including the Austrian National Library (Österreichische Nationalbibliothek).

Frederic Morton, who was born in 1924 as Fritz Mandelbaum, fled Austria with his family in 1939. He settled in New York City in 1940, where he had a celebrated literary career with bestselling novels such as Thunder at Twilight, The Forever Street, and The Rothschilds, which was a finalist for the National Book Award and became the basis of a 1970 Jerry Bock-Sheldon Harnick musical that ran for more than 500 performances on Broadway. The library was officially dedicated to Frederic Morton on January 22, 2018 on the occasion of the Austrian “Gedenkjahr/Remembrance Year 2018” and the 75th Anniversary of the Austrian Institute.

Membership at the ACFNY Library is free of charge.

To become a member patrons must complete the form below OR send us a signed version of the ACFNY_Library_Membership_Form_ via Email, accept the Library’s terms and conditions and provide valid photo identification.

The loan period for all loanable material is 4 weeks.

A one-time extension (4 weeks) can be granted by phone,
e-mail or in person, provided the loaned book has not been reserved by another member.

A maximum of 5 books per member may be loaned at the same time.
Please note that some material will not circulate. Some examples of materials that do NOT circulate are DVDs, CDs, periodicals, reference books, some art books and some older books.

We also offer long-distance loans throughout the U.S. The ACFNY Library will pay to mail items to members, but members are responsible for the cost of return postage.