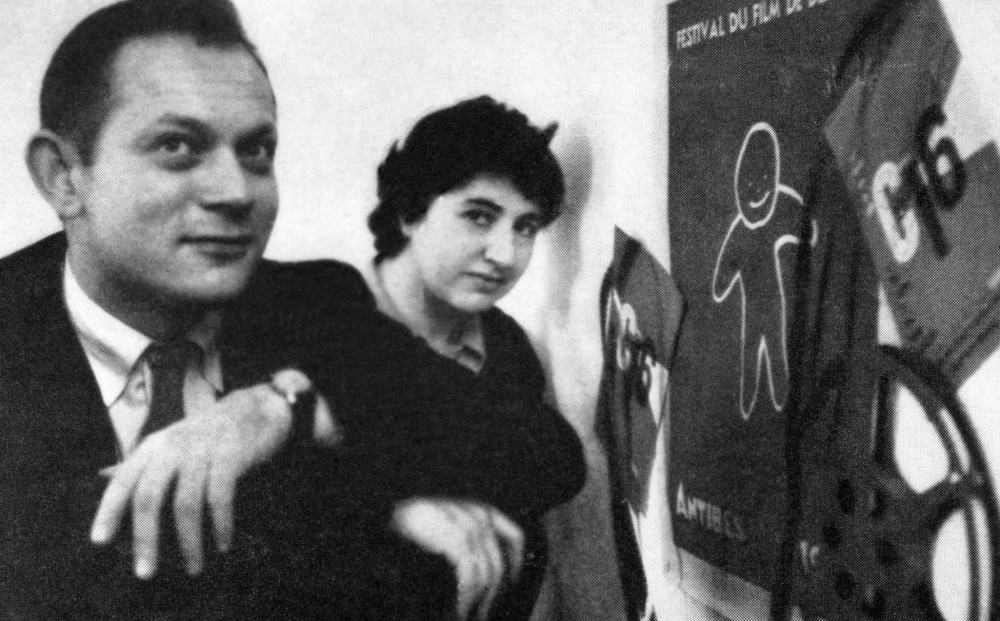 “The more I stir up audiences, the happier I am.” – Amos Vogel

In 1947, Austrian artist Amos Vogel (1921–2012), joined by his wife Marcia, founded Cinema 16, a precursor to independent film exhibitors everywhere. His erudite, playful, politically engaged, and artistically provocative choices introduced New Yorkers to movies that were infinitely more challenging and eclectic than anything being produced in Hollywood. His pioneering work set the stage for the creation of Film Forum in 1970.

In honor of the 100th anniversary of his birth, Film Forum presents a selection of avant-garde films and documentaries of social and scientific import, all of which premiered at Cinema 16. This program is a recreation of an “Homage to Cinema 16,” conceived of and programmed by Film Forum’s Director Karen Cooper and film historian Scott MacDonald, author of Cinema 16: Documents Toward a History of the Film Society. The program originally ran for two weeks in 1986.

The program (approx. 90 min) will include many 16mm prints, the format for which Cinema 16 was named.

Recreation (1956, Robert Breer) Breer was an early abstract animator and painter. His mural graced our cinema’s facade on Watts Street. We’ve repurposed it for a t-shirt and tote bag. Now see a film by this “iconoclastic cinematic genius” (Amos Vogel). 16mm. Approx 1 1/2 min.

A Divided World (1948, Arne Sucksdorff) The Swedish filmmaker’s poignant paean to nature and animal life. “The beauty and purity of the cinematography are a near-constant.” – Jonathan Rosenbaum. 16mm. Approx. 8 min.

Blood of the Beasts (1949, Georges Franju) “One of the great masterpieces of the subversive cinema… Franju, committed artist, resistance fighter, moralist, wants us to consider all slaughter anywhere committed on our behalf by those we hire to do our dirty work so that we can sit down at clean tablecloths and deny complicity.” – Amos Vogel. Warning: includes graphic violence/slaughtering of large animals. Approx. 20 min.

A new edition of Amos Vogel’s 1974 book Film as a Subversive Art (Film Desk) will be sold at our concession.

Jake Perlin is a film programmer, and founder of the The Film Desk, a distributor of films including Claire Denis’ Trouble Every Day and the films of Philippe Garrel. Film Desk Books recent publications include the first English language translations of Duras/Godard Dialogues, The World of Jia Zhangke by Jean-Michel Frodon, and Amos Vogel’s Film as a Subversive Art, newly revised and edited by Jim Colvill and Herb Shellenberger.