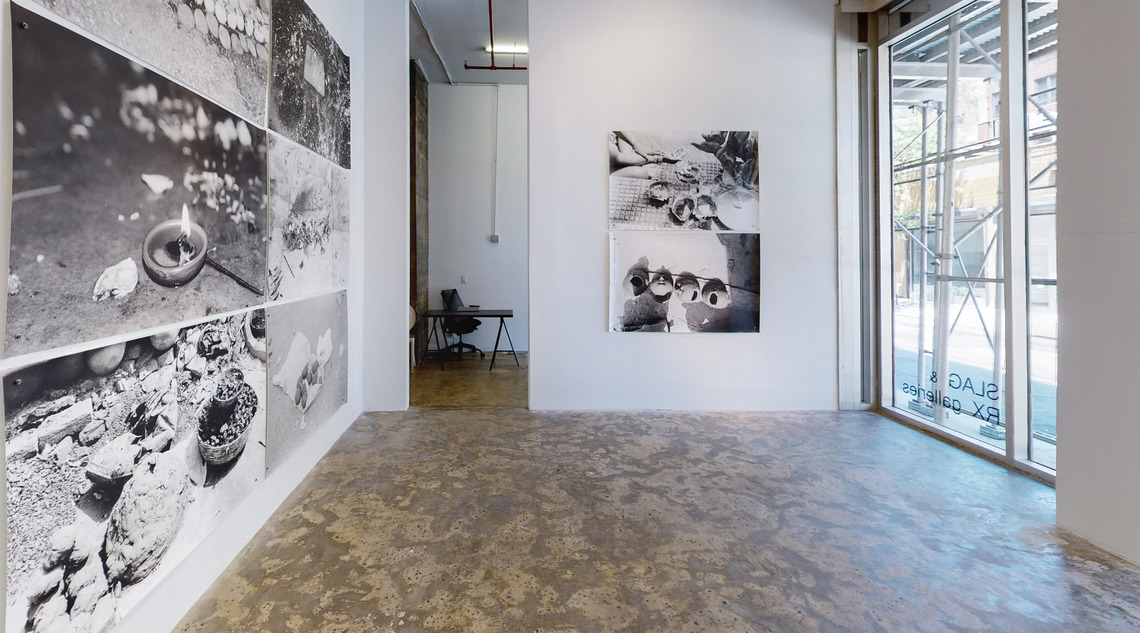 Graf unravels the pungent beauties of Calcutta, combing through the remnants of the mystic, the profane, and the sacred, glimpsing the ancient rituals of Hinduism as they have been practiced for millennia. Her photographs allow you to follow her gaze through the streets of the Bengali capital; perhaps at an early morning hour, the dust hardly settled after the passage of throngs of revelers and celebrants, both mundane and holy. Her lens fixes on a bit of pottery, leading to the scene where a cremation took place hours earlier, a tangle of incense, beads, dust, ash, and cloth become her subject.

As in the adage of Roland Barthes, Renate Graf’s photography: “is a kind of primitive theater, a kind of Tableau Vivant, a figuration of the motionless and made-up face beneath which we see the dead.” (Roland Barthes, Camera Lucida, Reflections on Photography)

Each photo spans three moments: that which has just transpired, the present we are witnessing, and the transformation of that present moment into countless reincarnations. 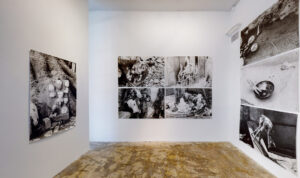 Austrian photographer Renate Graf has drawn wide acclaim and respect for her powerful body of work, which could be described as a form of poetic documentation where image wavers on the edge of language. She is a poet with a camera; the images are like voices from the past, intonations as distinctive as the spoken word but with multiple meanings; there is a degree of disorder or randomness—entropy.

Renate Graf is a nomad; there is a sense in her photos of returning to a place visited years ago and finding that little stone exactly where it was, unmoved. It’s a signpost, showing the way to something new but familiar, “eternal recurrence.“