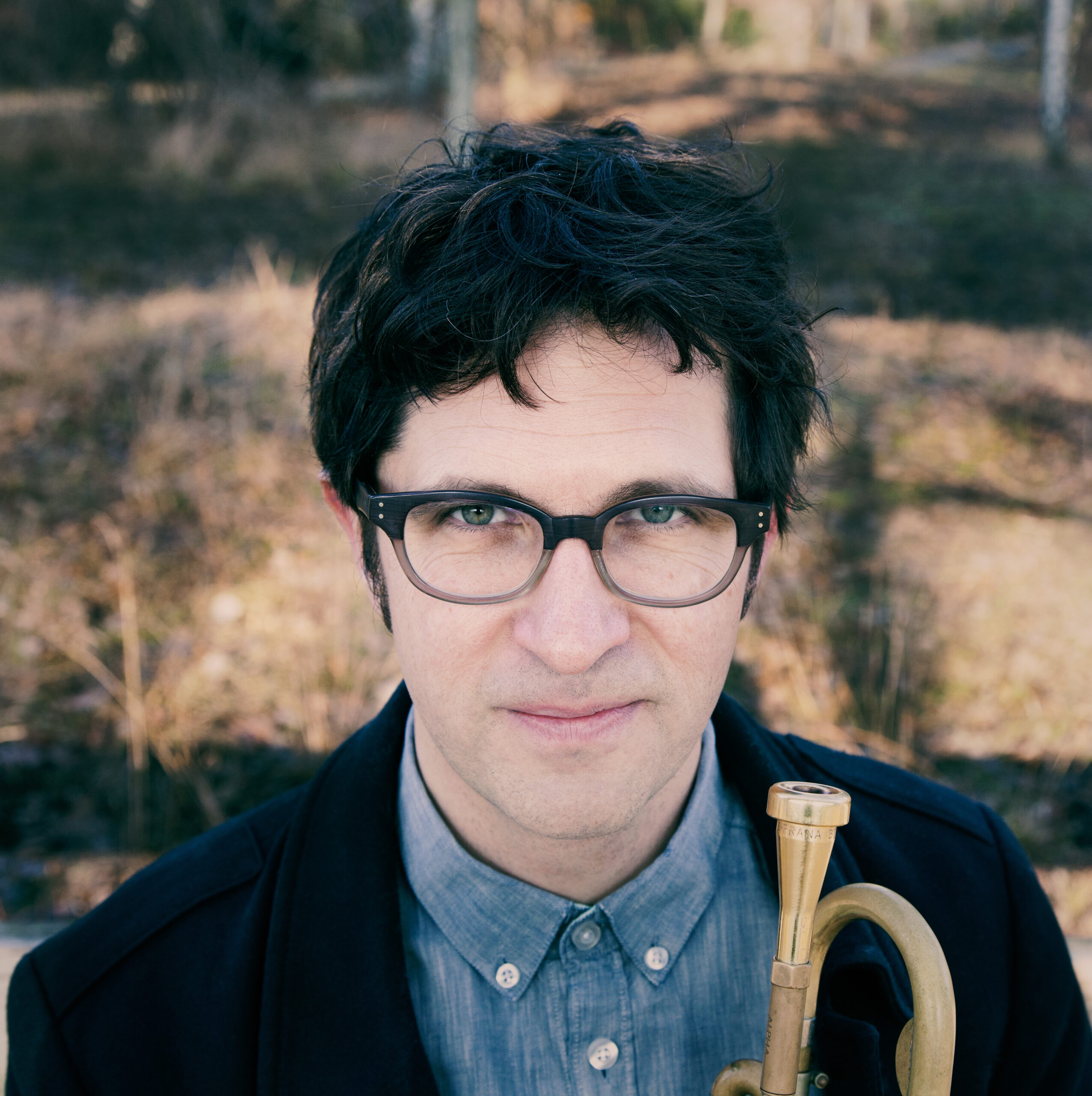 “The grass is greener on the other side” seems to be the artistic motto of the exceptional Austrian trumpeter from Berlin – Richard Koch. Strictly speaking, he no longer lives in Berlin, but last winter moved to a rural commune in Brandenburg – 40 km from the capital. But he is still drawn to the city to make music, where he records and plays concerts with Nils Frahm, Jimi Tenor, Peter Fox and the Beatsteaks, among others.

In this respect it is fitting that he has named the second studio album of his quartet, which will be released on 06.11.2020 by XJAZZ Music, “City”. He called his debut album in his capacity as bandleader from 2018 “Forest,” but it was composed on the Dutch island of Vlieland, and Koch eventually traveled all the way to Athens with the album in his luggage. One sometimes doesn’t know for sure whether Richard Koch is pulling our leg with these album titles, which are apparently always about where he’s not at the moment, or in the end there might not be a grand master plan behind them. A trilogy perhaps? A ten-part series?! And what will follow next?! “Sea”, “Village” or “Mountain” ?! If you ask him about it, you first get his typical, charming smile as an answer, with which he always squints his eyes slightly. Mischievous and quite warm at the same time. “Since I’ve been living in the country, I’ve really come to appreciate life in the city again,” the 41-year-old finally admits.

His new album, however, does not begin with a tribute to the jazz city of Berlin, but Koch dedicates the opening track to his grandmother Pauli, who was buried the day before the song’s live premiere.
In “Pauli,” Koch repeats the same continuous melody, remembering his Austrian grandmother’s vehemence and persistence. Circling thoughts as a recurring motif in the music.
“In the Sky” was then the first single of the album – highlighting the sky above the cities. The longing of the inhabitants in the carrés for vastness and distance. Spaces that city dwellers find above all in the echo chamber of music. Or in the cinema on the big screen. Richard Koch discovers this vastness in Berlin above all on Tempelhofer Feld.

It is really a great pleasure to follow Richard Koch with his trumpet in one hand, and a compass in the other, in his observations of place and contemplative reflections. “The sun is always there, no matter if there are clouds in front of it or not,” he says about his song “Sun and Clouds”. A simple truth that we forget every now and then in everyday life, also to be able to indignate with his fellow species about the weather. This music helps us to remember the essentials.

With “The Mirror Pt. I+II” the A-side of the vinyl edition ends. By this the musician means neither a mirror in the city nor in a farmhouse, but improvisation in jazz as a reflection of the soul. It is always about the state of mind of all the protagonists interacting musically in the room. “I find it amazing what you can learn about yourself in these pieces,” Koch says of the free music recordings. Together with pianists Michael Hornek, alternating bassists Andreas Lang and Igor Spallati, and Moritz Baumgärtner on drums, Koch has formed an excellent quartet. No matter if they are invited to a collective impromptu play like in “The Mirror” or if they cover the British popstep musician James Blake together in “The Wilhelm Scream”. This song, by the way, was originally written by James Blake’s father James Litherland, who is known as a founding member of the prog rock formation Collosseum.

Anyway, Koch is an ardent James Blake fan and is simply interested in the “people” around him. No matter if he is in the country or in the city. Whereas with “People” he actually had more the metropolitan areas in mind when composing. “Sometimes the people in the city are just too much for you, but what a pleasure it is to celebrate the sum of human energy together on roaring nights,” says Koch.
There’s really no better way to describe a party. And what city dweller doesn’t like to take a walk in the woods on Sunday after the party? Richard Koch now lives a five-minute walk from a patch of forest where he can breathe deeply. He breathes in the forest air for us and exhales it again through the trumpet, looking forward to the next jazz club gig with his quartet in town.
Everything exists with Richard Koch in, with and through each other in the infinite space of music.