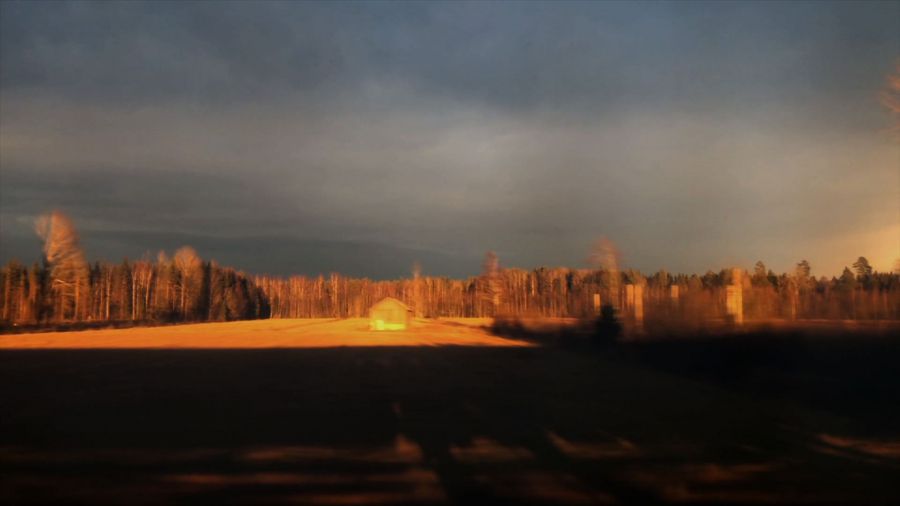 The evening program “Another Europe” is highlighting two discursive artist positions from Austria, with a double film screening consisting of “Another Europe” by Sangam Sharma, and “Carbon and Captivity” by Oliver Ressler.

In “Another Europe” female narrator (fellow artist Kathi Hofer) gives voice to this film, making it a reflection on the filmmaker’s life and journey through Europe (which began in the summer of 2019, before COVID-19). Spaces of association unfold, a train of thoughts. The boundaries between factual and memory blur. How much of personal history can be read more globally?

In the second film of the evening “Carbon and Captivity” Oliver Ressler addresses the environmental crisis, and its impact on community life, allowing us to closely connect the thematics of identity politics, environmental destruction and the current moment of crisis. The piece was completed last year, at the height of the health crisis and has therefore not been exhibited extensively. 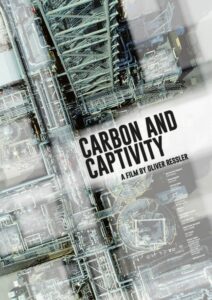 The evening is organized by Ameli M. Klein who will introduce the video works, and lead an open discussion after the screenings with Carmen Lael Hines and Marco Baravalle to address questions concerning national identity, our sense of community and belonging, the intersection of environmental and social crisis, and the planetary shift towards a nomadic sense of community and belonging. How has the current crisis shifted our perspective?

Marco Baravalle is a researcher, curator and activist. He is a member of Sale Docks, a collective and an independent space for visual arts, activism, and experimental theater located in what had been an abandoned salt-storage facility in Dorsoduro, Venice, Italy. Founded in 2007, its programming includes activist-group meetings, formal exhibitions, and screenings. Baravalle is a research fellow at INCOMMON. In praise of the community. Shared creativity in arts and politics in Italy (1959-1979), a project hosted by IUAV, University of Venice. He teaches Phenomenology of Contemporary Art at the MA in Visual Arts and Curatorial Studies of NABA (Nuova Accademia di Belle Arti, Milan). He is a member of IRI (Institute Of Radical Imagination), a collective inviting political scientists, economists, lawyers, architects, hackers, activists, artists and cultural producers to share knowledge on a continuous base with the aim of defining and implementing zones of post-capitalism in Europe’s South and the Mediterranean.

Carmen Lael Hines is a curator, writer and researcher working in video, text, and public interventions. Currently based at the Centre for Global Architecture in Vienna, Austria, she studies the impact of digital platforms on our built environments and the way we live together. Hines lectures and teaches in the Department of Visual Cultures at the TU WIEN. As assistant curator for Austria’s contribution to the Venice Architecture Biennale 2021, she supported the realization of the exhibition ‘Platform Austria’ in digital, palpable and editorial form(s). Hines coordinated the “Curators Collective” Midissage: a transnational programme of events which took place across the pavilions of the Biennale. She furthermore curated, organized and moderated the Austrian Pavilion’s Autumn Programme from September – November 2021. Her research interests include: Platform Capitalism, Platform Urbanism, Urban Informality, Gender/Sexuality Studies and Theories of Social Reproduction, research which she continually presents in University programmes across Europe.

Ameli Klein is based between Venice and Graz, working as a writer and curator. A visiting Lecturer of the IZK Institute for Contemporary Art at the TU Graz, and at COOP of the Roaming Academy of DAI, Ameli is an EPIC Fellow at the AAMC Engagement Program for International Curators with Terra Foundation and Art Fund_ (2021) and has been invited to participate in the Anthropocene Campus Venice by the Max Planck Institute for the History of Science and the HKW (2021). Ameli previously was a Curator in Residence at the SCL, Shanghai Biennial (2019), the V-A-C Curatorial Lab Venice (2019/20), and at artpace San Antonio (2020). She has held positions at the HALLE FUER KUNST Steiermark, and Castello di Potentino, and has worked at Il Giardino di Daniel Spoerri, the Hood Museum of Art, and the Kemper Museum of Contemporary Art. At La Biennale di Venezia 2016/17/18, she was a Project Assistant, Catalog Researcher, and Pavilion Manager of the German Pavilion. She holds a BA in Art History, Theatre- and American Studies from the Johannes Gutenberg University Mainz. Subsequently pursuing graduate work at the Freie University, Berlin receiving VDAC and BCGS fellowships to the History of Art Departments of Dartmouth College (2016/17) and Cornell University (2018/19). She has been a visiting critic at the Design Department of the Royal Academy London, participated in the 2017 edition of PRINCIPLES OF CULTURAL DYNAMICS at the Global Humanities Campus and is currently working at the DFG project The dimensions of techne in the fine arts (manifestations / systems / narratives) at the University of Graz.

Sangam Sharma is an independent artist and experimental filmmaker, based in Vienna. Much of her work is at the intersection of visual art, film and sound art. She studied at the Academy of Fine Arts in Vienna, at the Slade School of Fine Art, and at UCL in London. Her work has been shown at Diagonale in Graz; International Queer & Migrant Film Festival, Amsterdam; Transition Film Festival, Vienna; Tel Aviv International LGBT Film Festival; Centrespace Gallery, Bristol; Rooftop Art Centre in Corby and HER Docs Film Festival, Warsaw; among others. https://www.sangamsharma.com/another-europe