The U.S. Postal Service celebrates the art of tap dance in its new America Forever Stap issue. One of only five artists selected for this limited-edition series, tap dancer and choreographer Max Pollak is the only Austrian and European to be featured.

On the occasion of this special project, the ACFNY invites you to get to know Max and his artwork more intimately by presenting a short video portrait of the artist’s life. Watch via the ACFNY YouTube channel linked below on July 12 at 2 PM ET. 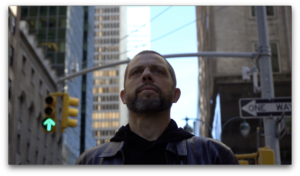 Max Pollak uses three instruments for his ground-breaking performances. He creates dance with his body, music with his hands and feet, and song with his voice.

Max Pollak takes his ground-breaking, unconventional approach to perform arts across multiple cultures. As a native Austrian, Pollak combines the German language and the wide-range Yodel that can be seen in his 70-minute solo performance of “All In One.” Pollak is recognized worldwide as the first person to merge Afro-Cuban music and dance with American tap and body percussion. This new style inspired the creation of his band RumbaTap, which has performed in the United States, Canada, Japan, Brazil, Cuba, Turkey, France, Germany, Austria, and Finland. Pollak also breaks into the resurgence of contemporary Austrian folklore music (otherwise known as New Austrian Sound of Music) with a traditional, classical twist. As an award-winning choreographer, educator, and composer, Pollak is also co-creator of the off-Broadway hit show Carmen, to Havana and Back. His CD RumbaTap was released in 2015 and he is on faculty at Sarah Lawrence College and Drew University.

The innovative work of Max Pollak redefines the world of dance, music, and song within a multi-cultural approach using humankind’s original instrument – the body.
Experience the avant-garde performances for yourself. 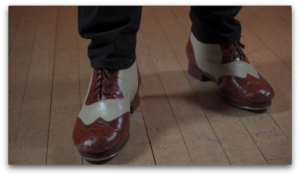 Max Pollak is a Flo-Bert and Hoofer-Award Winner, Bessie Award nominee, Individual Artist Grantee of the Northern Manhattan Arts Alliance, and New York Foundation of the Arts Fellow in Choreography. He is one of the most prestigious names on the international tap scene today. He is recognized worldwide for his superior musicianship and his highly individual style as the first person to merge authentic Afro-Cuban music and dance with American rhythm tap and body music to create RumbaTap. His original a-cappella vocal arrangements have been hailed by the New York Times, his work with classical composers, symphonic and chamber orchestras is unique in the world.