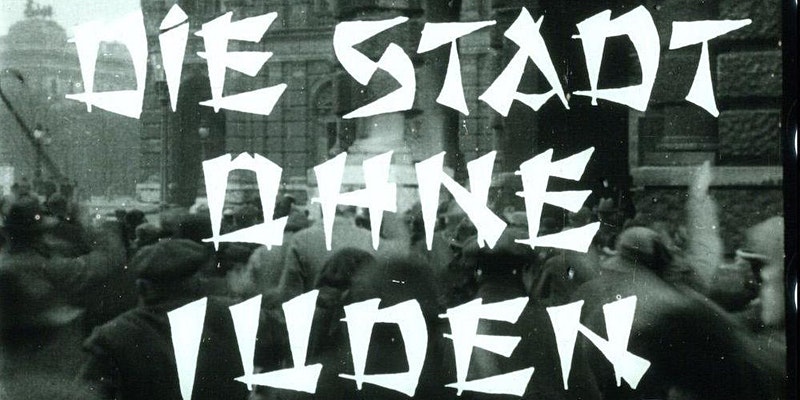 Lost for nearly a century, the silent film “Die Stadt ohne Juden” remained largely in obscurity until a film restorer discovered a complete version at a flea market in Paris in 2015. The 1924 film depicts Vienna in the shadow of the first world war, increasingly torn apart and impoverished as politicians forcefully expel the city’s Jewish population. One of Austria’s most celebrated and vocal composers today, Olga Neuwirth composed a score to the hauntingly prophetic restored film, which premiered in November 2018 in Vienna. Talea will bring Olga Neuwirth’s film setting of “Die Stadt ohne Juden” to U.S. audiences for the first time in September 2021 at the DiMenna Center for Classical Music.

In the film, an adaptation of a 1922 satirical book by Jewish journalist Hugo Bettauer, the people of Vienna spitefully and ruthlessly scapegoat and persecute the city’s Jewish population. The film starkly portrays the horrors of the city following the expulsion of the Jewish population, showing people deported by train and on foot, and families separated. Approximately 90 minutes in length, the score translates the film’s sentiments–from satire and humor to despair and anger into live sound.

Neuwirth’s “Die Stadt ohne Juden” demonstrates the ability of music to offer a modern and timeless reflection on the voices of the past. The score has been performed at major venues internationally, including the Wiener Konzerthaus, Alte Oper Frankfurt, Cinemateque Tel Aviv, and Barbican Center London. Talea presents the U.S. premiere of this monumental work, which is as musically powerful as it is provocative. Scored for nine instrumentalists with electronics, the piece is timed meticulously with the actions and imagery within the film.

The combination of the film and score raise a strong warning message against prejudice and intolerance, relevant both in its era and in the modern-day. The score and live performance transform the film’s imagery from a historical artifact into a vivid experience of the present, conveying a poignant message of social responsibility and reflection as told through music.

ACFNY patrons can order their ticket for free with the following promo code: ACFNY21

As of Monday, August 16, 2021, anyone wishing to enter the 450 W. 37th St. building must show proof of vaccination – such as a photo or photocopy of a Covid-19 vaccination card or an Excelsior Pass – to the Front Desk receptionist.

On August 3, 2021, the Mayor’s Office issued an order requiring proof of Covid-19 vaccination for anyone entering performance spaces, beginning on August 16, 2021. The DiMenna Center for Classical Music and Baryshnikov Arts Center will comply with this order.