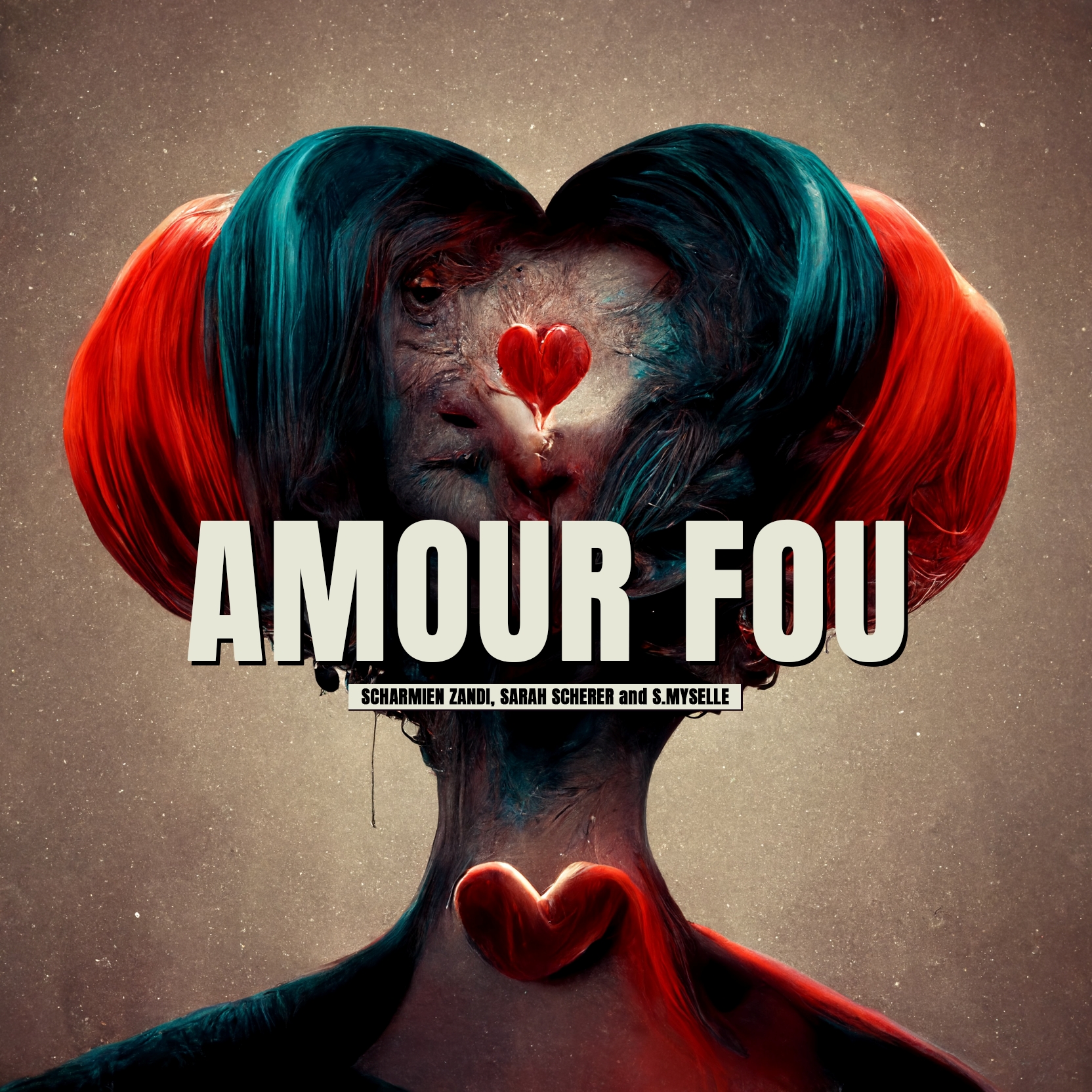 Amour Fou is an avantgarde-chanson show between music, literature, machine learning and theater. The award-winning show by Scharmien Zandi meets texts by anonymous authors, which are then performed by Sarah Scherer and visualized via Machine Learning by Stephanie Meisl/s.myselle.

Furthermore, they include social issues such as equality, freedom, individuality, racism and sexism. In exploring these sensitive topics, the artists find themselves simultaneously defending, judging, and executing. The perspectives are full of humor, melancholy, criticism and irony.

Scharmien Zandi is a freelance artist in the field of music, performing arts and multimedia. Her works and participation include music, music-theater, theater, film, text, audio and video installations and have been presented in Europe (Austria, Germany, Portugal), China and the US. She plays in the bands CADÛ and Misthaufen and was awarded the Austrian Music Theater Prize in 2020 for “Amour Fou”. In the field of experimental music theater, she deals mostly with opera performances and presented in 2021 with “Dione – all elements” a world premiere, which represents an innovation within contemporary stage works. Since 2022 she has been the director of the opera performance “SuperZero, Baby!” at the Musiktheater an der Wien and in the same year she received the scholarship for music and performing arts from the Federal Ministry of Arts (BMKÖS).

Sarah Scherer works as a director, actress and video artist for opera, theatre and film – constantly evolving between lights and shadows. During her artistic career, she stood both in front of and behind the camera and stage for several short- & feature films and theater-productions. She also directed and wrote short films herself, as well as music videos and commercials. In addition, Scherer works as a professional speaker for documentaries, commercials and over-dubbing. As a director for opera and theatre she worked for well-known institutions such as Bayerische Staatsoper in Munich or Theater an der Wien in Vienna, and at international festivals and the independent scene. As a video artist she worked for Salzburger Festspiele, Händel Festspiele Halle, Freies Theater Bozen and Podium Esslingen. Her movies have been awarded at international festivals.

Stephanie Meisl is a multimedia and visual artist. Her work has been presented in Paris, Copenhagen and at the Salzburg Festival, among others. She is the winner of the Salzburg VJ Lab Award and a member of the Schmiede art festival, which was awarded the Austrian Art Prize in 2016. For 2021 she has received the annual scholarship for media art of the city of Salzburg. With the artist figure s.myselle, Stephanie Meisl interprets humans as humanoid intelligence whose data set (information archive) consists of personal experiences and adventures. Her preference for past art movements, artists and thinkers inspires the resulting new works. By looking into the past, she tries to reshape the future and finds herself in a new digital avant-garde.

Get a taste of Amour Fou here