The independent jury – composed of Austrian filmmaker Jessica Hausner, acting as Head of Jury, American filmmaker Sara Driver, and David Schwartz, Chief Curator of the Museum of the Moving Image – selected the best Austrian and the best American film in each of the categories “Narrative”, “Experimental and Conceptual”, and “Documentary and Hybrid.

Filmmaker Patrick Vollrath, whose short film Everything will be okay was nominated for an Oscar (2016) and won the Student Academy Award (2015) as well as the prize for Best Short Film by the Austrian Academy of Film, was in residence during the festival and presented his short in the framework of a special screening together with Jessica Hausner’s latest feature-length work Armour Fou.

The Austrian American Short Film Festival (AASFF) is the first bilateral festival featuring short films in all forms and genres by promising young artists and filmmakers from both Austria and the United States. Set to take place annually, the three-day festival is presented and hosted by the Austrian Cultural Forum New York (ACFNY), and the selection of winning films is screened at Anthology Film Archives, New York, Museum of the Moving Image (MOMI), New York, and the frame[o]ut Festival, MuseumsQuartier, Vienna. In addition, the AASFF collaborates with the NYC Independent Film Festival on special screenings.

The mission of the AASFF is to increase intercultural dialogue – to foster interconnectivity and the exchange of ideas between Austria and the U.S. Featuring discussions, Q&As, master classes and networking events, the festival provides a platform for young, emerging filmmakers and serves as an incubator for new ideas and projects, encouraging Austrian-American collaboration. The festival also aims at introducing emerging Austrian talent to the U.S. film community, as well as showcasing work by American filmmakers in Austria.

The independent jury selecting the winning films in 2016 was composed of Austrian writer/director/producer Jessica Hausner (Amour Fou, Lourdes, Hotel), acting as Head of Jury; director/producer Sara Driver (Sleepwalk, When Pigs Fly, Stranger than Paradise); and David Schwartz, Chief Curator of the Museum of the Moving Image.

Jessica Hausner
The director, screenwriter, and producer was born in Vienna, Austria in 1972. She studied directing at the Filmacademy of Vienna, where in 1996 she made the short film FLORA, which won the ‘Leopard of Tomorrow’ at the Locarno Festival. INTER-VIEW, her graduation film, won the Prix du Jury of the Cinéfondation at the Cannes Film Festival in 1999. Two years later, LOVELY RITA, her first feature film, was presented in ‘Un Certain Regard’ at the Cannes Film Festival before being distributed in twenty territories. Her second feature film HOTEL was again selected in ‘Un Certain Regard’ at the Cannes Film Festival 2004. Her next film LOURDES had its premiere at Venice Film Festival 2009 in International Competition where it won the ‘FIPRESCI Prize’. Hausner’s latest film AMOUR FOU is set around 1810 in Berlin and avails itself of the tragic life of the German writer Henrich von Kleist. AMOUR FOU premiered again in ‘Un Certain Regard’ in Cannes.

Sara Driver directed Paul Bowles’ short story, YOU ARE NOT I (1982, 48 min.). Restored, it was celebrated at the Masterworks NYFF 2011. Her feature film SLEEPWALK (1986, 78 min.) won the prestigious Prix Georges Sadoul by the Cinematheque Francaise, premiered Critics Week of Cannes, Sundance film festival, and was recently shown at BAM for their 80s series. WHEN PIGS FLY (94 min.,1993) premiered at Locarno Film Festival and was shown in Toronto, Rotterdam, and at the Museum of Modern Art in its Women in Film Series. Driver’s other film credits include Jim Jarmusch’s PERMANENT VACATION (1979, producer, production manager) and STRANGER THAN PARADISE (1984, producer). Her films have had retrospectives in Denmark, Buenos Aires, at Anthology Film Archives in New York, Thessaloniki International Film Festival, TIFF Cinematique, Toronto, Maine International Film Festival, Filmoteca Spain, and Estoril/Lisbon, where she was awarded the prestigious Tribute Award for her work in cinema.

David Schwartz is Chief Curator of the Museum of the Moving Image, where he has worked since 1985. He oversees the Museum’s wide-ranging film programs and changing exhibitions. He is a visiting professor at Purchase College, the host of the Westchester Cinema Club and the Cinema Arts Centre Preview Club. He is also the programming director of First Time Fest, a New York-based film festival devoted to the first films of emerging and established directors. He has been on numerous juries, including the international competition jury at BAFICI (in Buenos Aires) and FIDLab (in Marseille, France) in 2015.

Filmmaker Patrick Vollrath (Everything will be okay) – Student Academy Award winner (2015) and Oscar-nominated for best Life Action Short (2016) – was in residence during the festival and will present his film in the framework of a special screening, followed by a conversation with Festival Curator Stephanie Falkeis.

The independent jury selected the best Austrian and American film in the following categories: 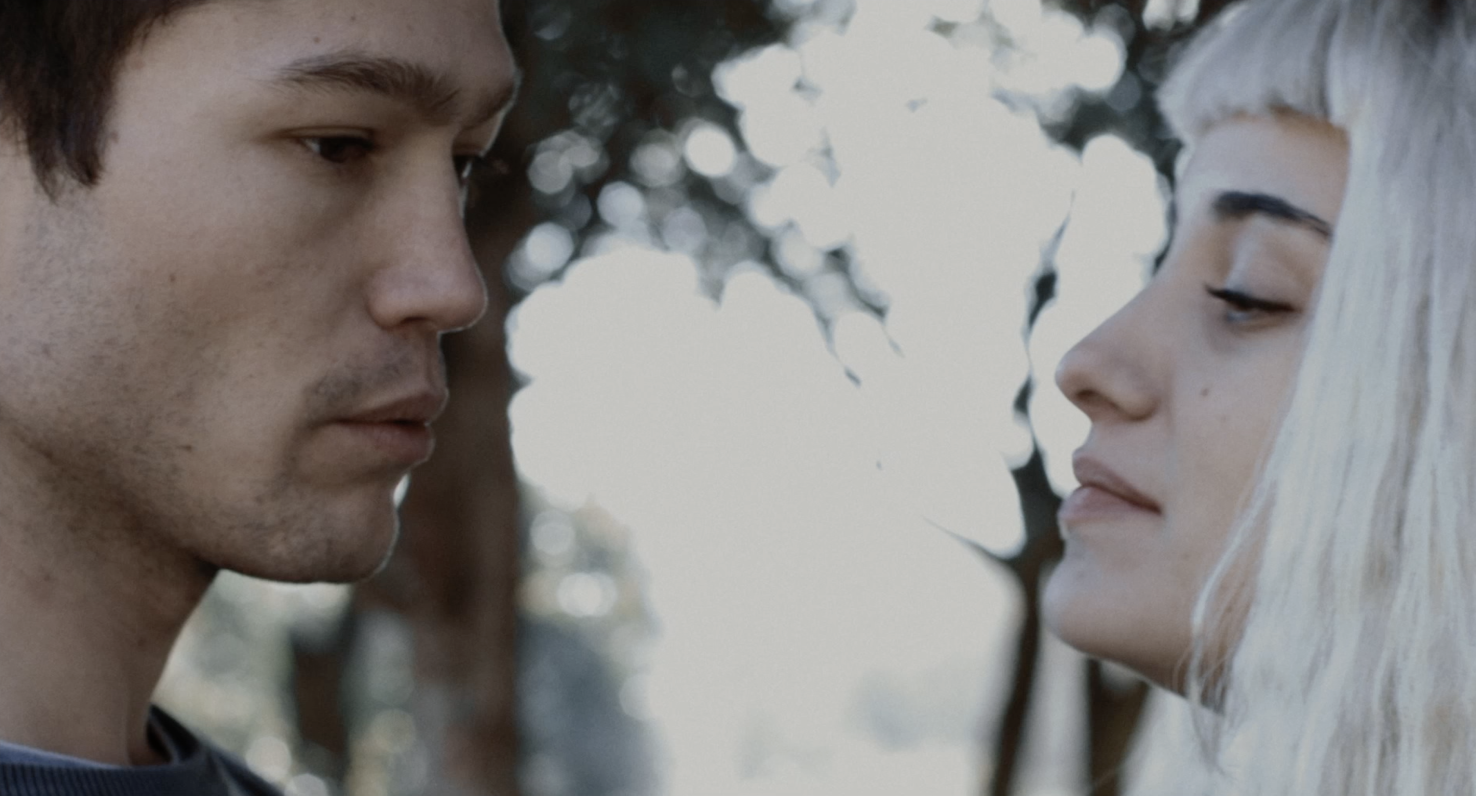 “For its original narrative structure and innovative approach, with performances that feel real in a film that is original and unexpected ” – AASFF Festival Jury

“A beautifully made film with a parable-like style that tells its story in a sensitive and cinematic manner, with spare dialogue and strong images.” – AASFF Festival Jury 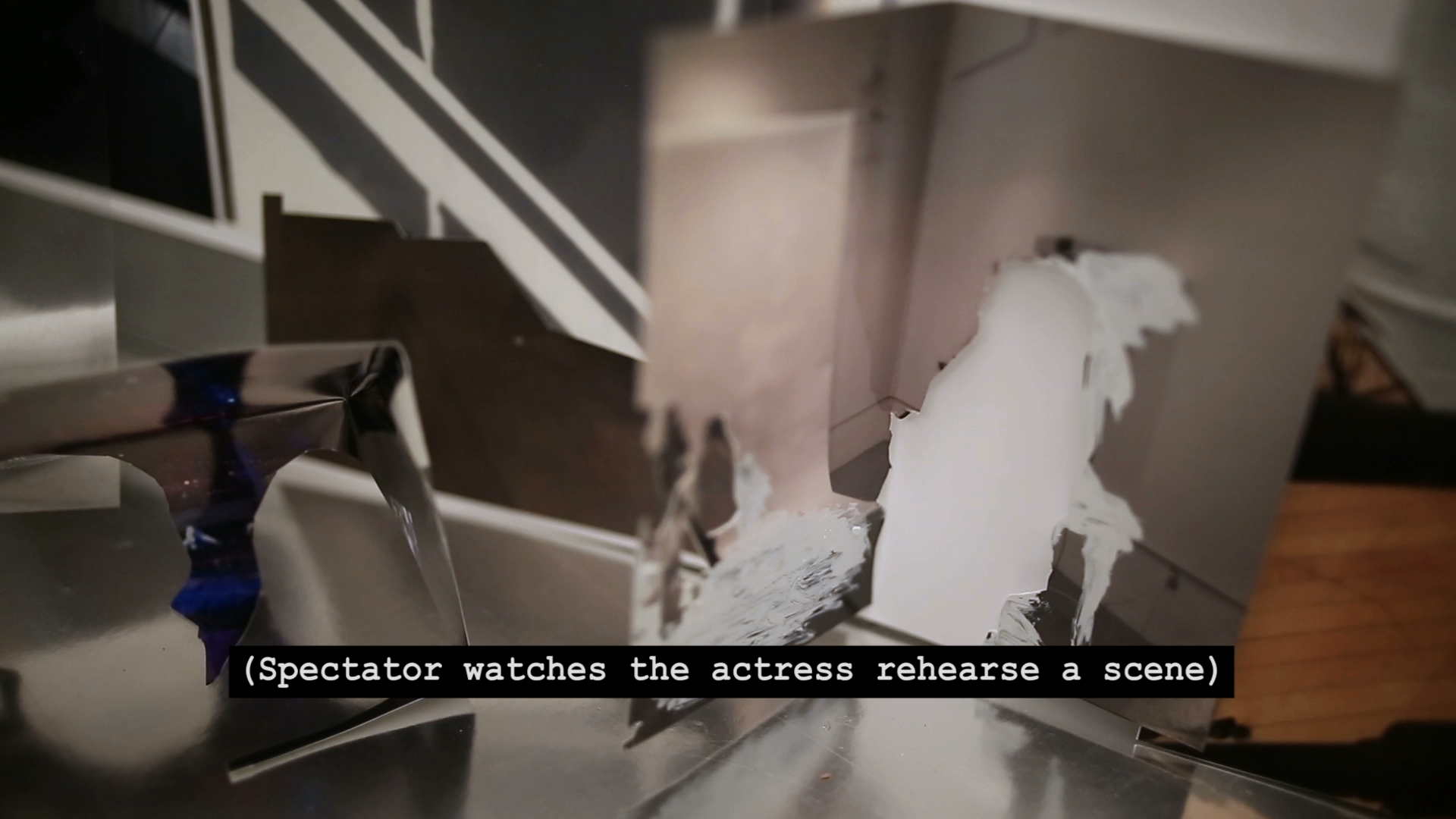 Categorie: Experimental and Conceptual US

“A film that creates its own unique world with great technique, transforming its basic materials and tools into a memorable experience.” – AASFF Festival Jury 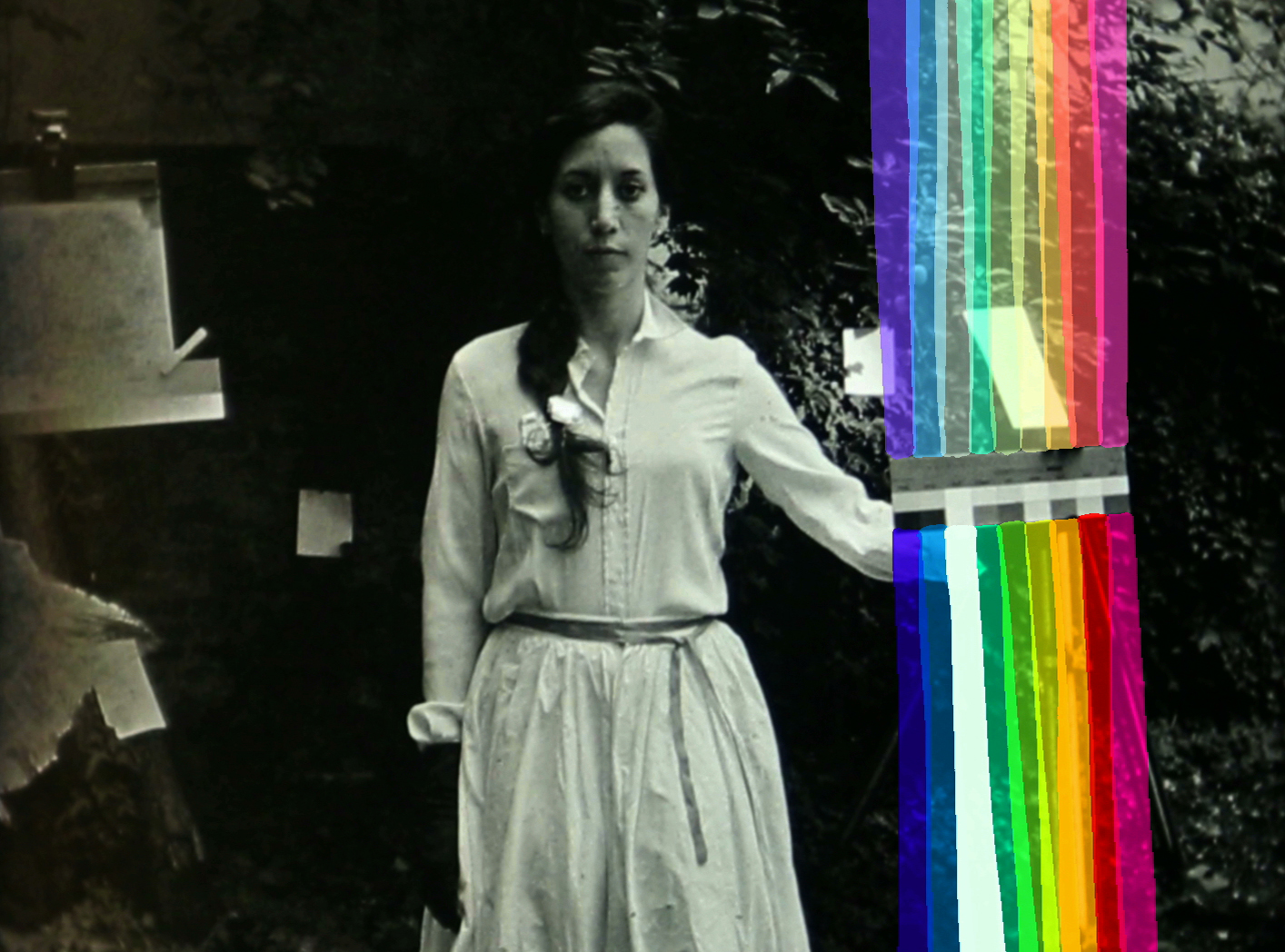 Categorie: Experimental and Conceptual AT

“A wonderfully crafted and witty film that evokes the history of cinema in just a few minutes.” – AASFF Festival Jury 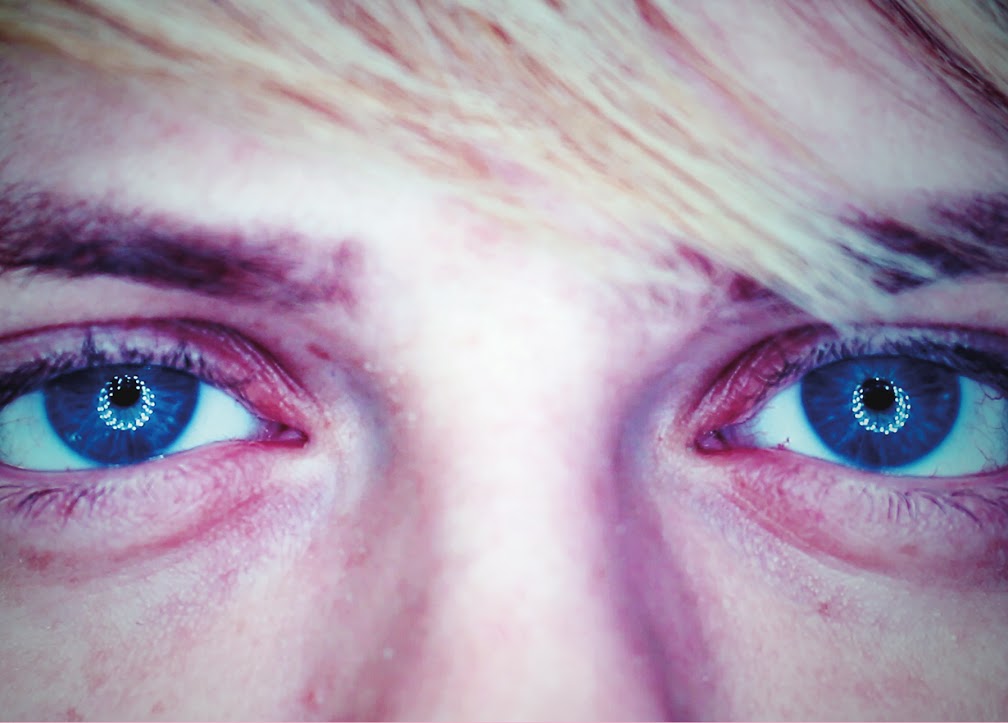 Categorie: Documentary and Hybrid US

“For treating a contemporary issue in a visual and truthful manner, dealing with struggles about gender identity that so many people are faced with now.” – AASFF Festival Jury 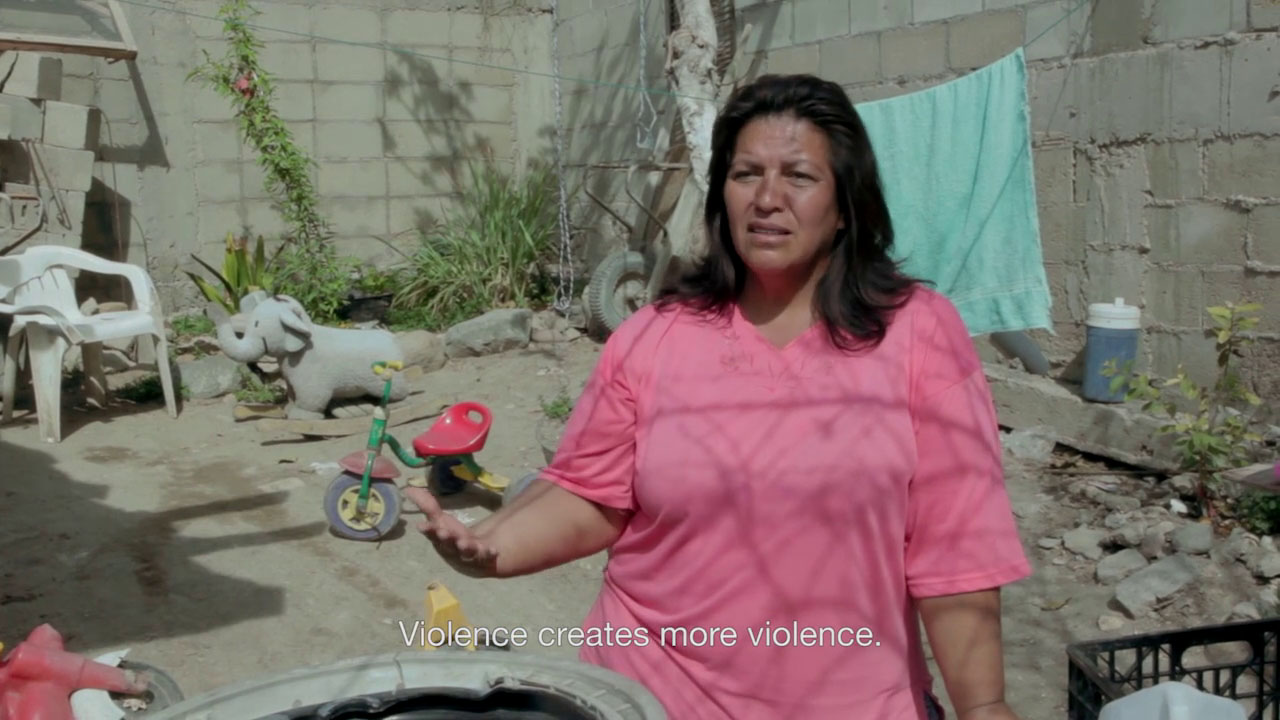 Categorie: Documentary and Hybrid AT

“A compelling and original film that blurs the boundaries between reality and fiction by creating a hybrid film that uses a Shakespeare play as the basis of a reinvention of the documentary form.” – AASFF Festival Jury 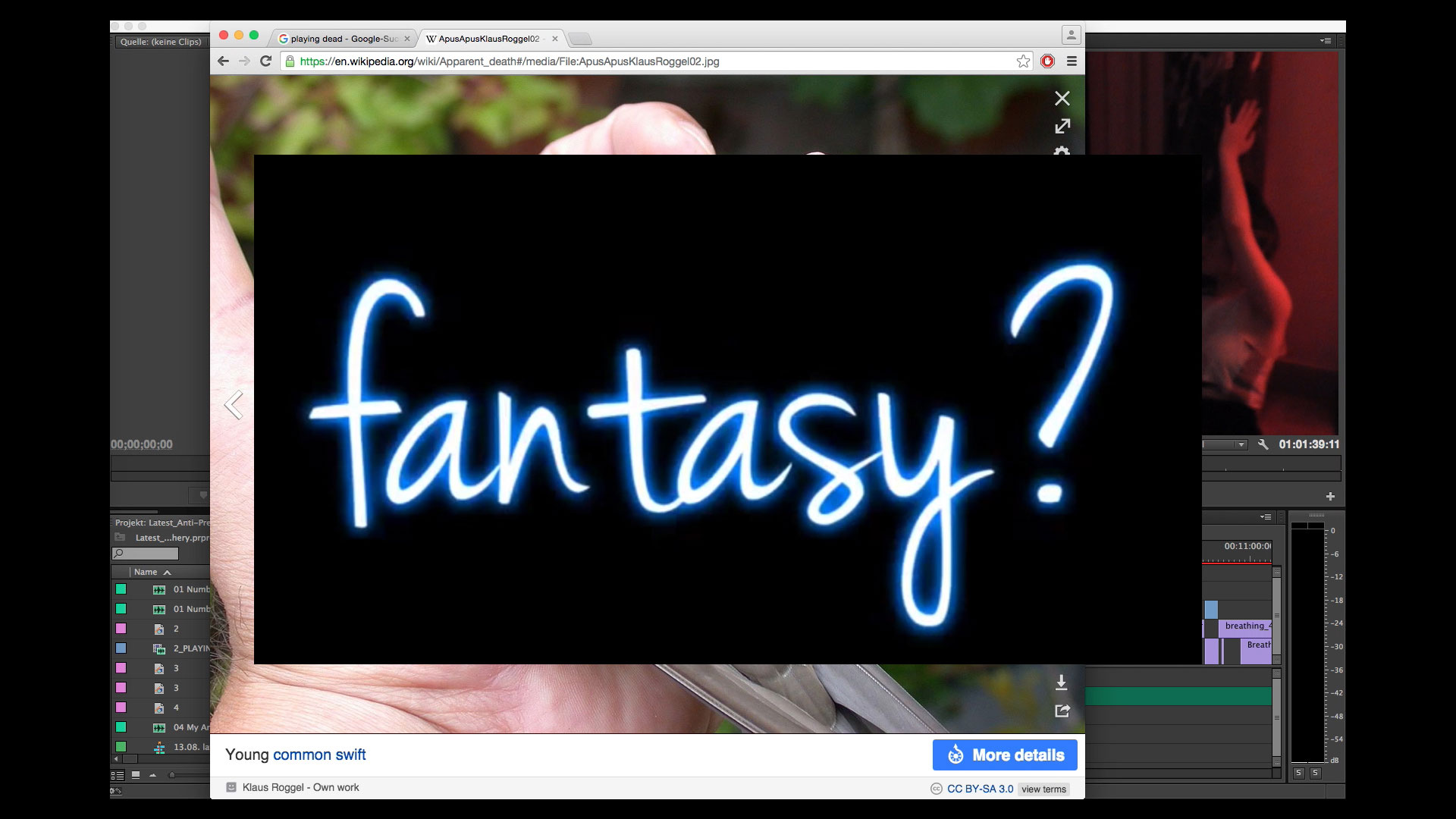 “As member of the jury, I thought the AASFF was a surprisingly rich and inspiring experience. The selection of films was extremely interesting and the stylistic range was remarkable: two characteristics that were often mentioned in the jury meetings were the originality and visual energy of the films. Furthermore, I welcome the idea of intercultural exchange between Austrian and American filmmakers which opens up new perspectives to everyone involved. A truly well-made and successful festival, full of stimuli for filmmakers. I look forward to the following editions of AASFF!”
– Jessica Hausner, Head of Jury

“The Festival was wonderful: a great place to connect with people, a great selection of films in a great City. I hope the AASFF will go on for many years”.
– Patrick Vollrath, Filmmaker in Residence

“The festival felt intimate and the audiences seemed genuinely engaged. I also was very impressed by the level of work!”
– Jesse Wakeman, Columbia University/Visual Arts