The Austrian Cultural Forum New York is pleased to present DIS-PLAY / RE-PLAY. A group exhibition examining the roles of artistic and architectural display in the context of the ACFNY’s unusual exhibition space, DIS-PLAY / RE-PLAY coincides with the 40th anniversary of Brian O’Doherty’s seminal essay series, “Inside the White Cube.” On view from May 4 to September 5, 2016, DIS-PLAY / RE-PLAY will present a series of installations by six international artists that respond to the striking character of the ACFNY’s architecture, creating a dialogue between the works, the building, and the viewer.

First published as three essays in Artforum in 1976, “Inside the White Cube” argues that the pristine, sterile style dominating exhibition spaces has itself become a driving factor in the conceptualization and execution of art. This artificial, ostensibly neutral setting, akin to both a showroom and a church, functions as an ideological and aesthetic proposition by presenting artworks as isolated, autonomous commodities. The Austrian Cultural Forum New York’s headquarters, a marvel of urban and architectural ingenuity in its own right, is far from a typical white cube. Its narrow dimensions and multilevel exhibition space—dominated by a prominent glass staircase and chrome elevator—provide a singular curatorial challenge. Bucking contemporary art’s trend toward increasingly sprawling venues, which present ever more numerous and larger-scale artworks, DIS-PLAY / RE-PLAY embraces the contingent nature of artmaking and an attention to site. The confines of the ACFNY become both a challenge and an opportunity for individual artistic positions.

Works in the show include Parallax City, a new “rope drawing” by Brian O’Doherty that transforms the ACFNY’s main gallery (and most traditional exhibition space) into an immersive field of surfaces and color, in which the geometric lines of rope and wall painting are activated through the viewer’s movement. In the building’s lobby, Gerwald Rockenschaub installs an angled plexiglass composition that mimics the colors of the Austrian flag, both responding to and hijacking the building’s native architectural gestures. In the lower mezzanine gallery, Judith Barry shows a new version of They Agape, a two-channel video installation set to 1970s punk rock that tracks the intense interpersonal dynamics and dialogue of two women architects. Continuing his investigations into exhibition display, management structures, and personal practice, Martin Beck presents a two-floor installation that features his digital “notebook” pages in their first public appearance. Hermes Payrhuber’s Ode to the Rope with a Knot with a Hole, for Thomas Bernhard transforms the upper gallery into a kaleidoscopic room with a series of spatial interventions made out of steel sculptures. Investigating the performative potential of the ACFNY’s double-height wall, Mika Tajima’s work spans two interior floors with an installation that combines a finely-detailed wallpaper with a series of plexiglass “furniture art,” playfully transforming the building’s character to suggest new possibilities for interaction within the space.

The exhibition is accompanied by a newsprint publication designed by Project Projects that features the artists’ works, installation views, and reprints of key texts on exhibition display by Judith Barry, Martin Beck, and Brian O’Doherty.

Prem Krishnamurthy is a New York-based designer, curator, and writer. He is a founding principal of Project Pro-jects, the recipient of the Cooper Hewitt Museum’s 2015 National Design Award for Communication Design, the USA’s highest recognition in the field. In 2012, Krishnamurthy founded P!, a critically-acclaimed space in New York City’s Chinatown that experiments with the conventions of exhibition-making. Since its opening, P! has mounted over thirty exhibitions and projects with artists, designers, musicians, and writers. Krishnamurthy is currently curating Con-tainer Artist Residency 01, an artist residency program that takes place on commercial cargo ships, culminating in a series of traveling exhibitions in 2016-2017. Lecturing and teaching widely, he is on faculty at the Bard College Cen-ter for Curatorial Studies.

Walter Seidl holds a PhD in contemporary cultural history and works as a curator, writer, and artist, based in Vienna, Austria. As a curator, he has been in charge of Kontakt. The Art Collection of Erste Group and ERSTE Foundation in Vienna, which focuses on conceptual art tendencies in the region of former Eastern Europe. Seidl has curated nu-merous exhibition projects throughout Europe, North America, Japan, South Africa, Turkey and Hong Kong. His writ-ings include various catalog essays for artist monographs, exhibition reviews, and criticism. Seidl is a board member of the exhibition space and magazine Camera Austria International in Graz, Austria, and has been adjunct professor for curatorial studies at Webster University in Vienna. 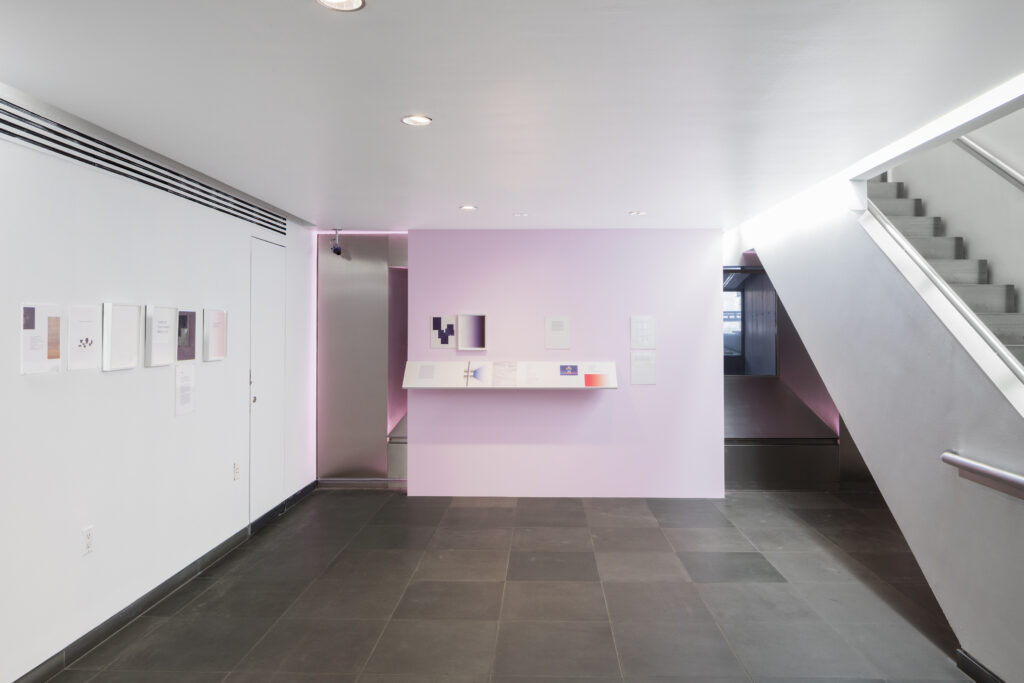 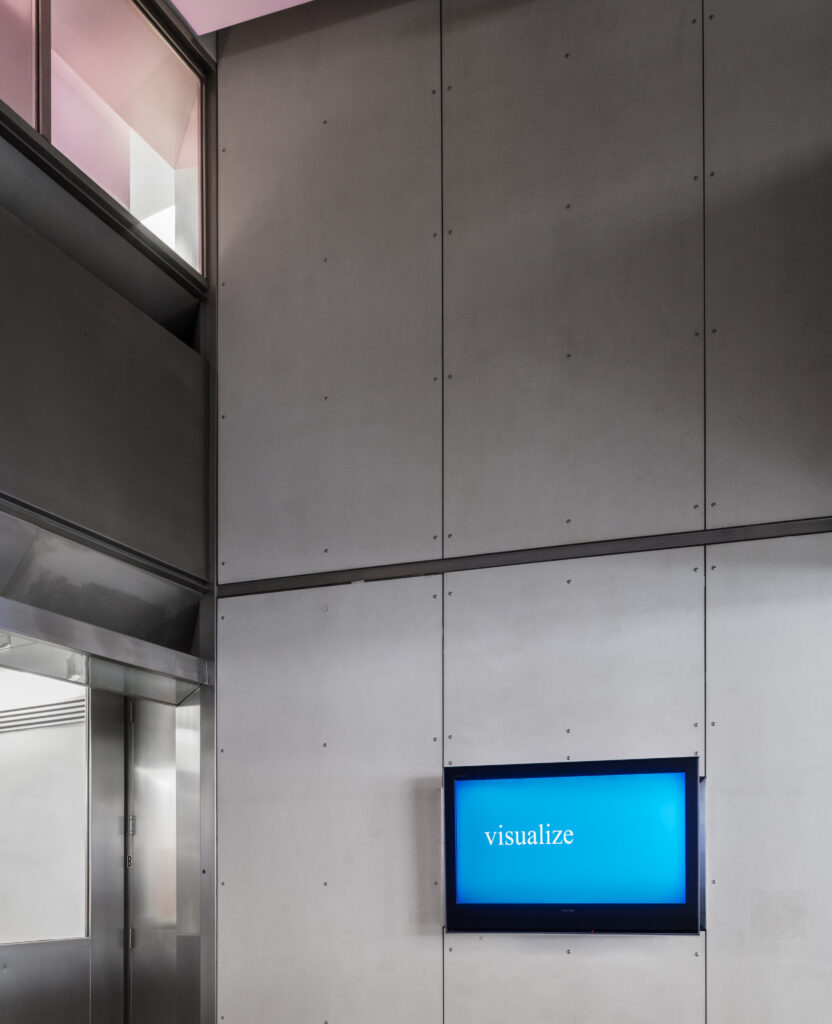 Ode to the Rope with a Knot with a Hole, for Thomas Bernhard, 2016
mixed-media installation
Courtesy of the artist

In her works, Ulrike Königshofer deals with the human perception, its relativity and the relation of its generated images to the world. Her artistic process is often analytic and experimental; she constructs her own apparatuses or methods of seeing and recording things. Born in the Austrian province of Styria in 1981, Königshofer holds a degree in Fine Arts from the University of Applied Arts Vienna. In 2012 she was Artist-in-Residence at the Cité des Arts International in Paris. Her works were already shown at several exhibitions in Austria and beyond. Solo shows included “Dinge, die andere Dinge sind” at Halle für Kunst und Medien in Graz and “The Backside of Seeing” at studio das weisse haus in Vienna. She has received numerous awards for her work such as the Theodor Körner Award and the Anni and Heinrich Sussmann Scholarship, and is currently holding a scholarship for Fine Arts awarded by the Austrian State. In early 2017, the Verlag für Moderne Kunst will publish Königshofer’s new monograph with the title On Perception. She works as a visual artist in Vienna. http://www.ulrikekoenigshofer.at

A collaboration between studio das weisse haus, the Austrian Cultural Forum New York, and Erste Bank, the Erste Bank ExtraVALUE Art Award was initiated in 2016 with the aim to promote a young artist and facilitate a one-month residency in New York as a phase of inspiration and to expand his/her own network. Artists whose work has already been presented in das weisse haus or who have participated in the studio and residency program of studio das weisse haus were eligible to submit entries for the ExtraVALUE Art Award.

This exhibition is supported by the Bundeskanzleramt Österreich.