Freedom will have been an episode

The exhibition has been supported by generous contributions from Land Steiermark, STABILO, SmartFilmPlus and Universalmuseum Joanneum.

The Austrian Cultural Forum New York is pleased to present its spring exhibition Freedom Will Have Been An Episode. Developed in cooperation with Universalmuseum Joanneum, the group show does not intend to proclaim the end of freedom, but rather means to contemplate the creeping social upheaval that has taken place in recent years. Following in the footsteps of pioneering Austrian painter, performance artist, experimental filmmaker, and writer Günter Brus (*1938), four emerging artists and collectives from Austria have developed new site-specific installations that engage with what freedom means today in art and society.

In the 1960s, when Günter Brus co-founded the seminal avant-garde art movement Viennese Actionism and challenged Austrian society with his taboo-breaking, freedom was considered a precious commodity that had to be defended against any form of restriction. In the last decades, these hard-won freedoms have been increasingly undermined by the economy of hedonism and the efficiency of neo-liberalism. People are no longer disciplined by force and violence but are galvanized into self-optimization. This “technology of the self,” in the words of Michel Foucault, is nothing but an efficient form of domination and exploitation. Freedom has become a form of coercion, argues philosopher Byung-Chul Han, from whose book Psychopolitics: Neoliberalism and New Technologies of Power (2017) the title of this exhibition derives.

Society and art have changed considerably in the decades since Brus started his “actions.” For this show, curator Roman Grabner contrasts Brus’ works with new artistic voices from Austria that challenge the norm and explore what it means today to break free from convention and defy the system, to be a foreign body in society and to analyze its power structures.

While Günter Brus has focused primarily on the human body and the way people are categorized and standardized in his work since the 1960s, Josef Wurm (*1984) intertwines the anatomy of the human body with the topography of maps. His paintings are social critiques that penetrate into the very innermost, into the entrails of human co-existence, the anatomy of social orders, reaching the rudimentary elements that constitute the body and writing, and thereby codify reality.

Evamaria Schaller’s (*1980) performances react to specific locations. She deploys her own body in a space where it is neither expected nor wanted and thus represents an affront to the system of order and control. Her latest work engages with genetics, digital data processing, and biotechnologies to question the physical limits of freedom.

Eva (*1981) and Gerhard Pichler (*1980) examine the subtle normalizations of everyday life in their art. As zweintopf they develop installations thematizing methods of controlling and influencing others. Their work Fencing IV combines so-called cattle trainers – electrified metal bars meant to prompt animals to excrete their manure at specific places – to construct a large installation that fills the exhibition space like a minimalist grid.

Marleen Leitner (*1986) and Michael Schitnig (*1986) of studio ASYNCHROME are constantly engaged with the individual in an era of social upheaval. Influenced by Michel Foucault’s work on developing means to describe the mechanisms and structures in power within the social body, studio ASYNCHROME observe and reflect on the present socio-political situation in their drawings based on the algorithms of manipulation.

In his curatorial statement, Roman Grabner sums up the premise of the show: “If the media are corrupted by the economy, if critical thought is equated with corrosive conduct and if political engagement no longer takes place because it is incompatible with social media, then we are heading towards the brave new world and freedom will indeed have been an episode.”

The ACFNY Team is proud to virtually present the virtual gallery tour of “Freedom Will Have Been An Episode” for viewers to enjoy in the comfort of their home. 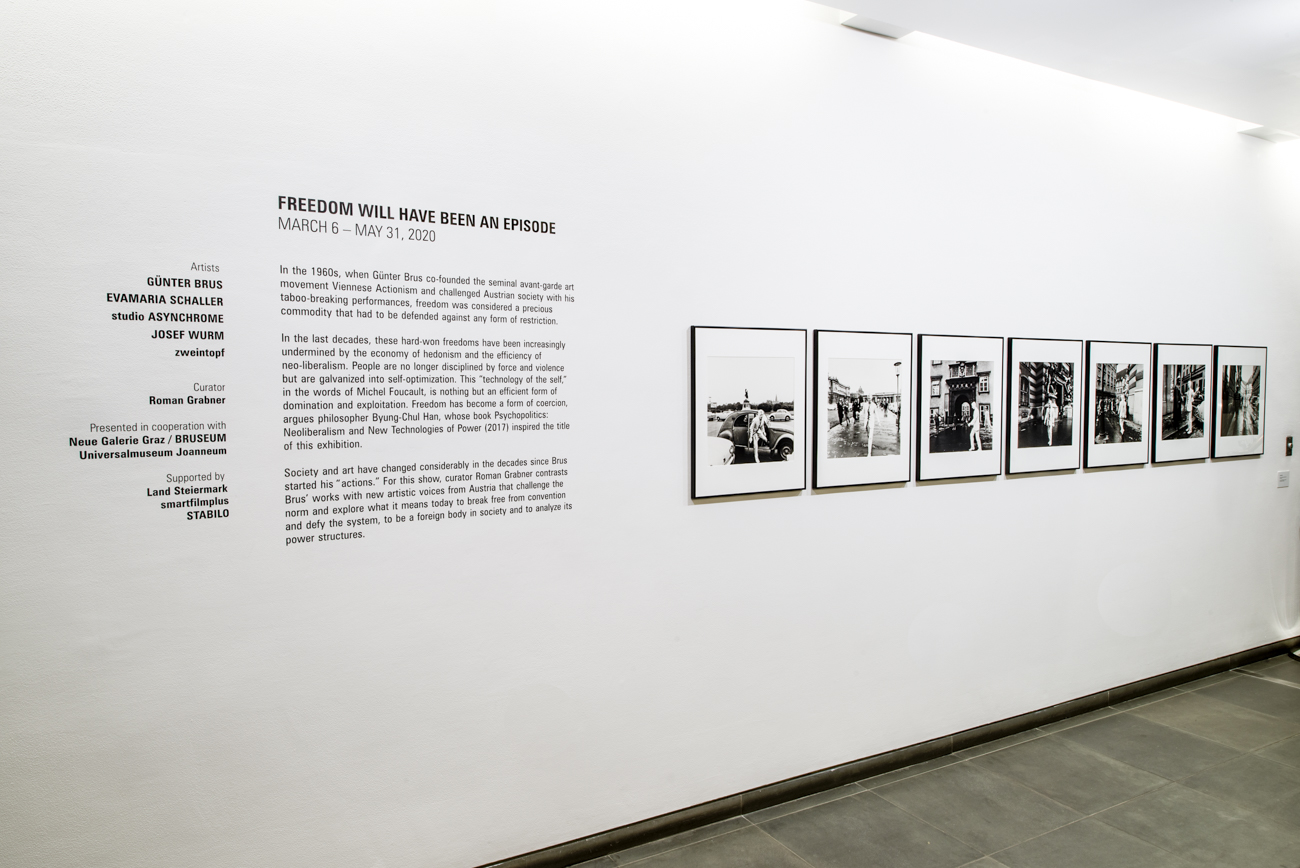 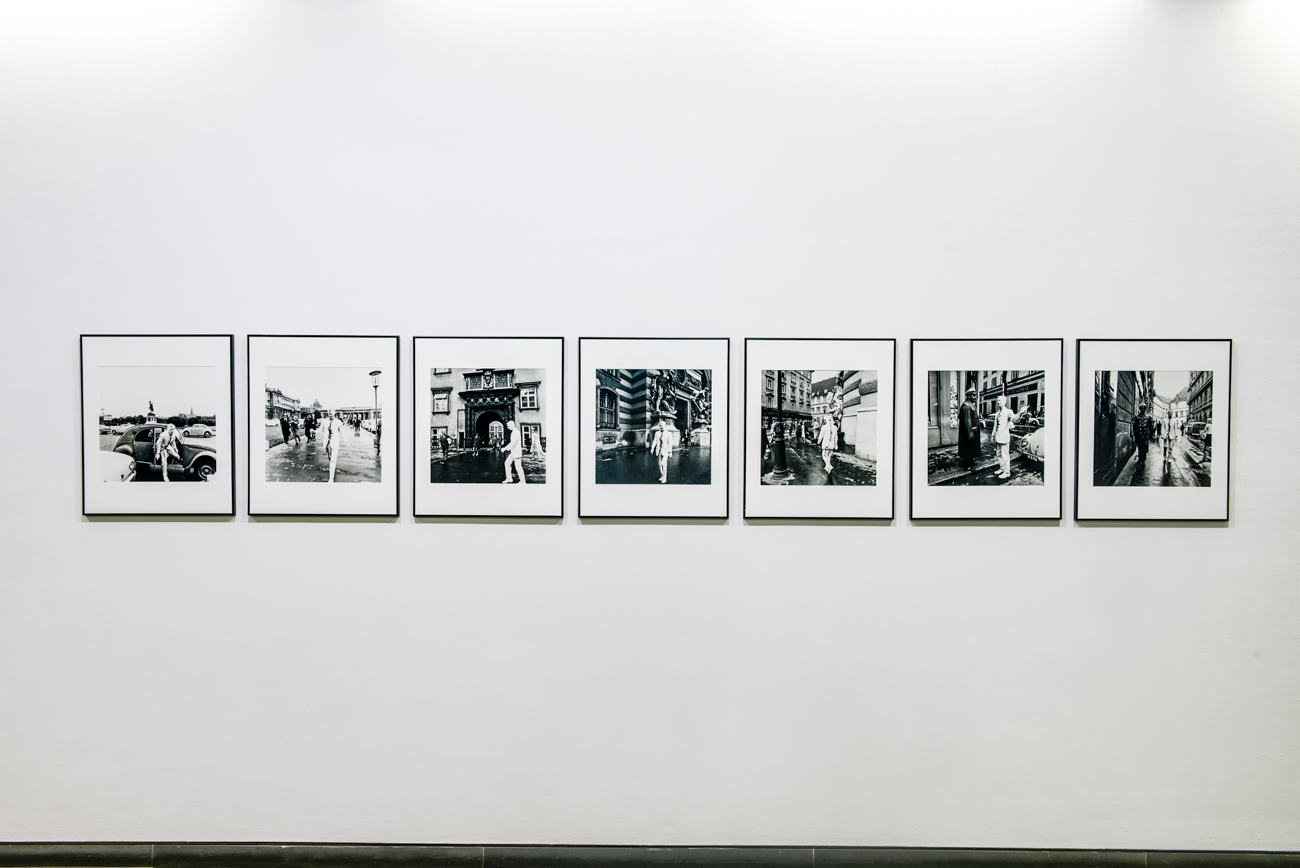 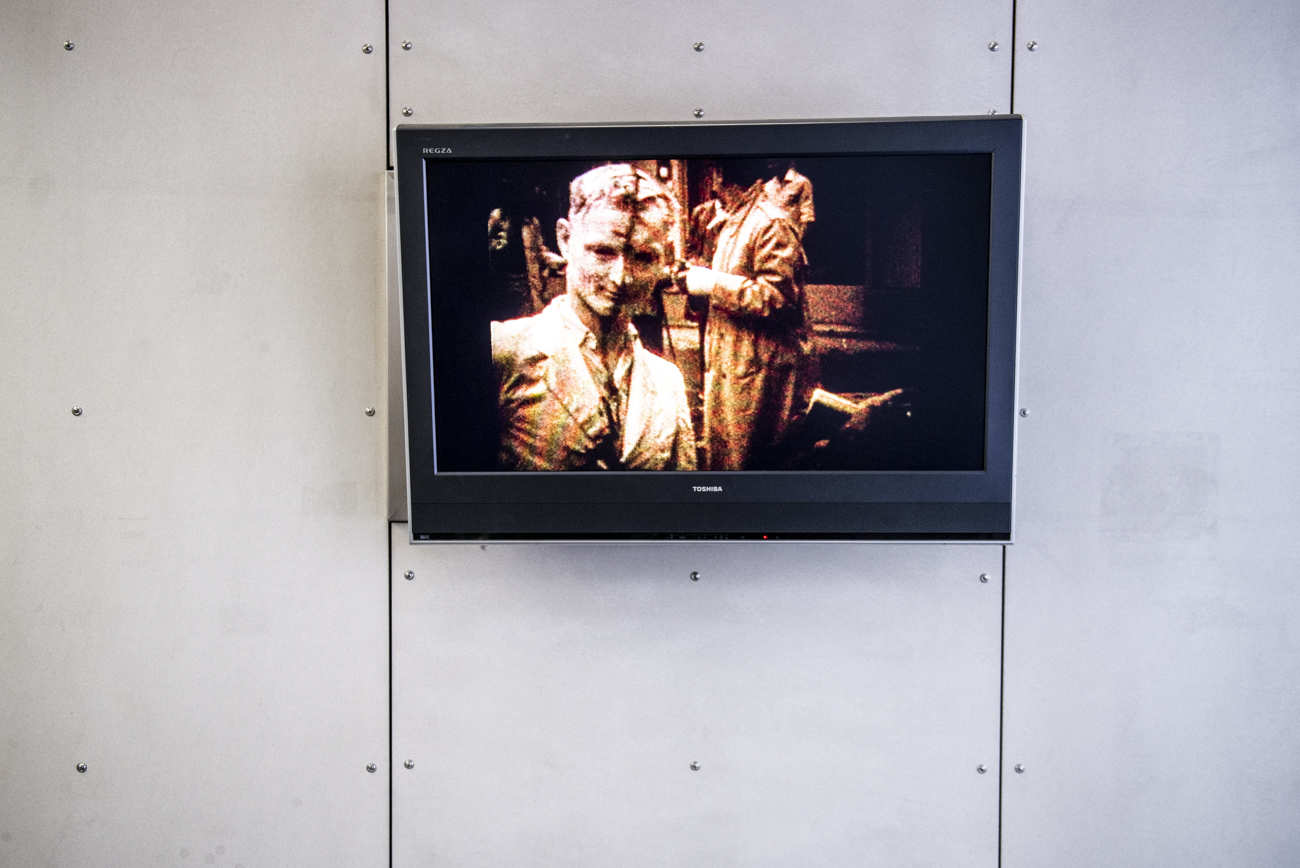 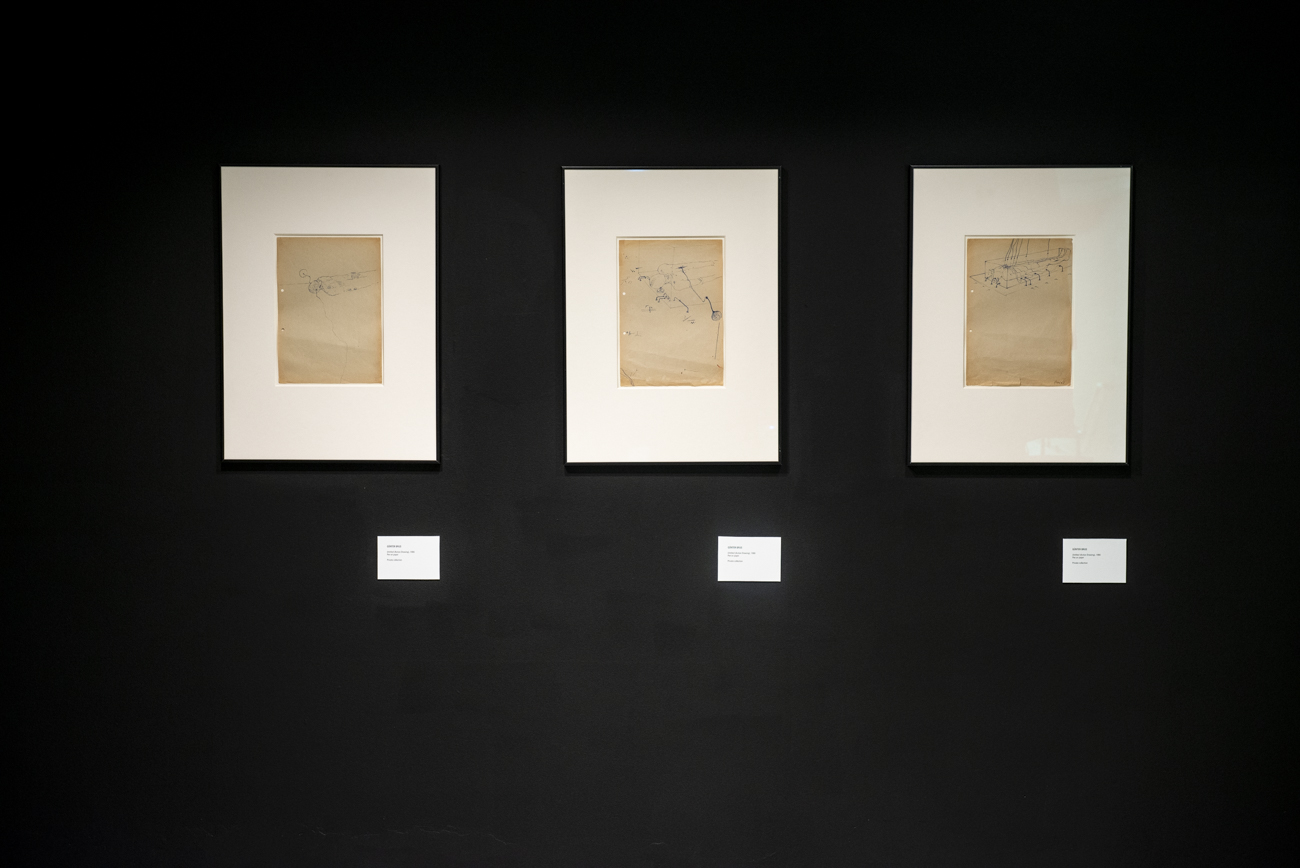 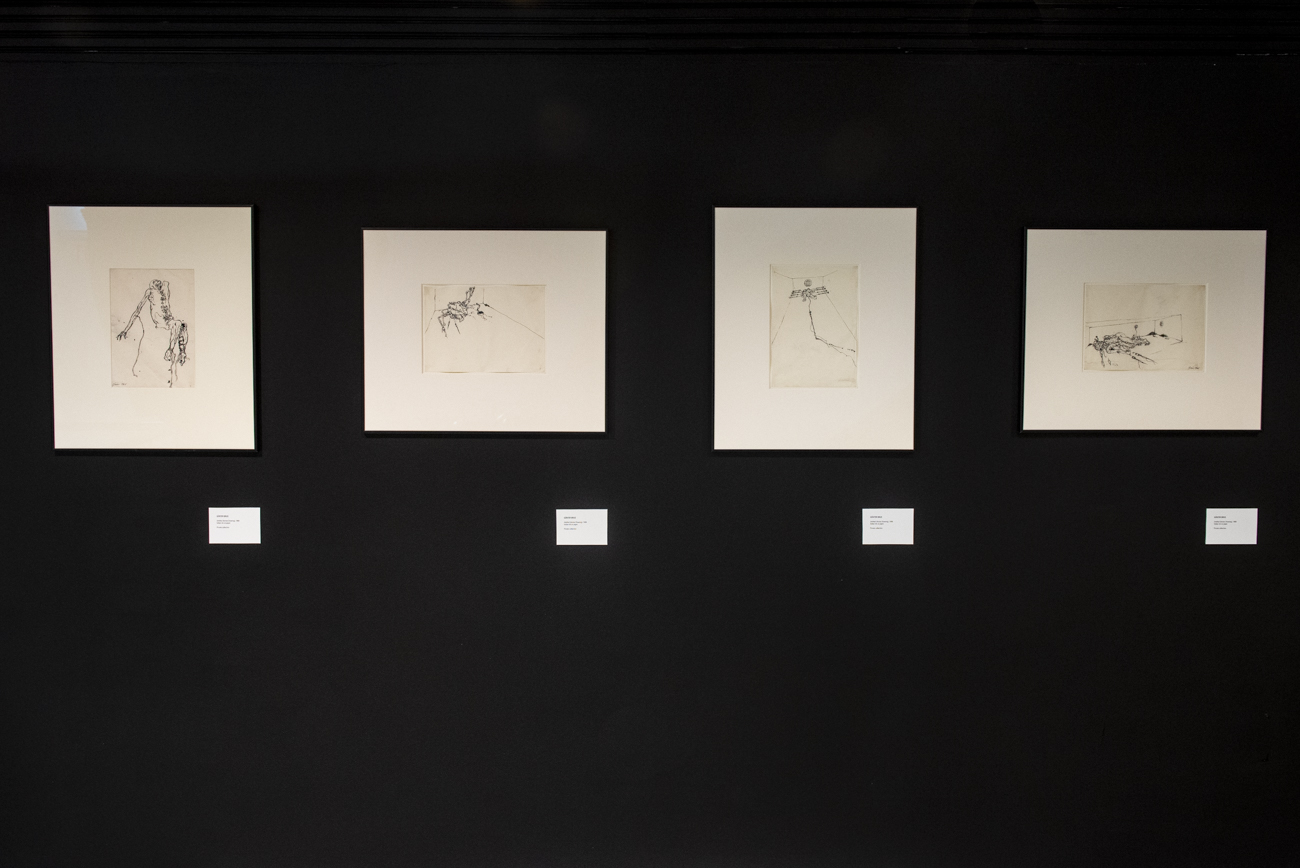 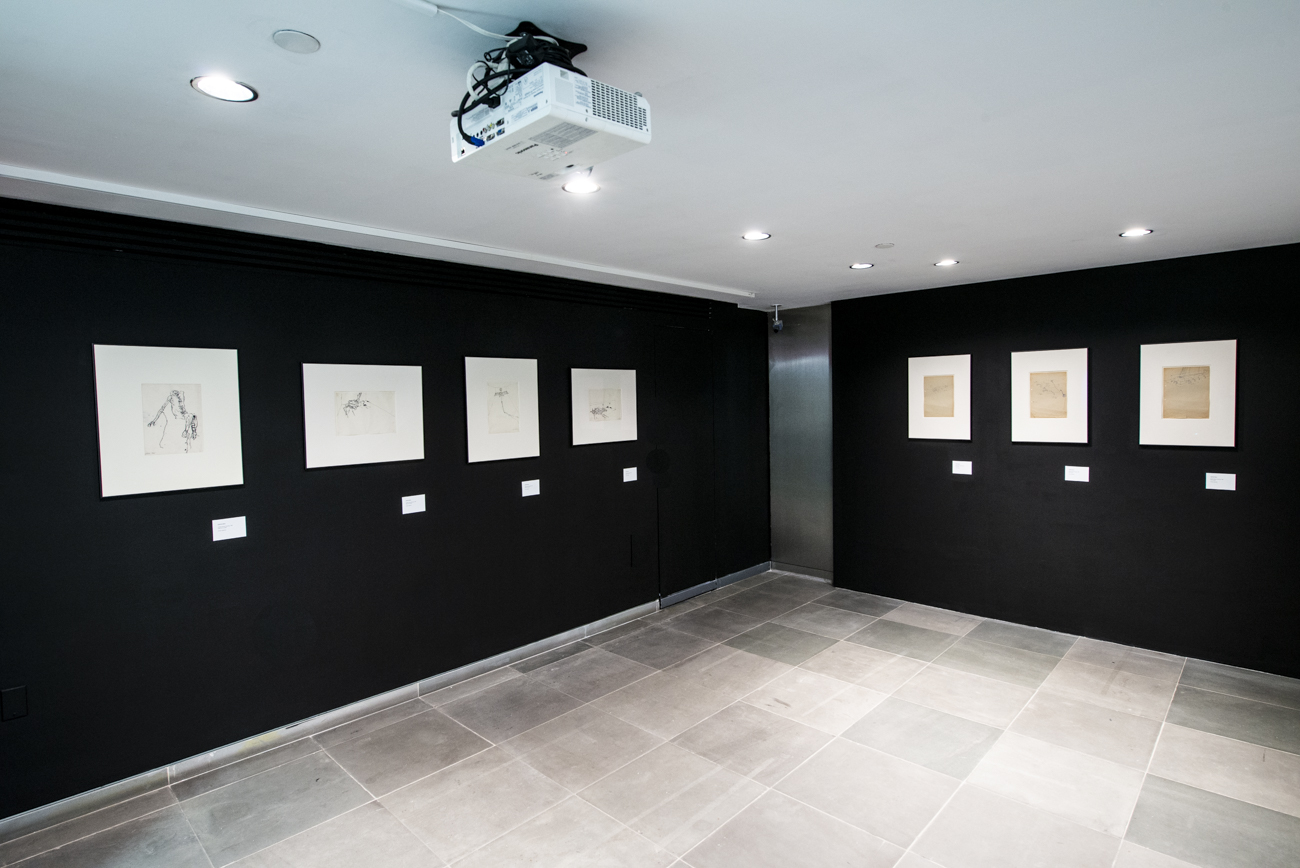 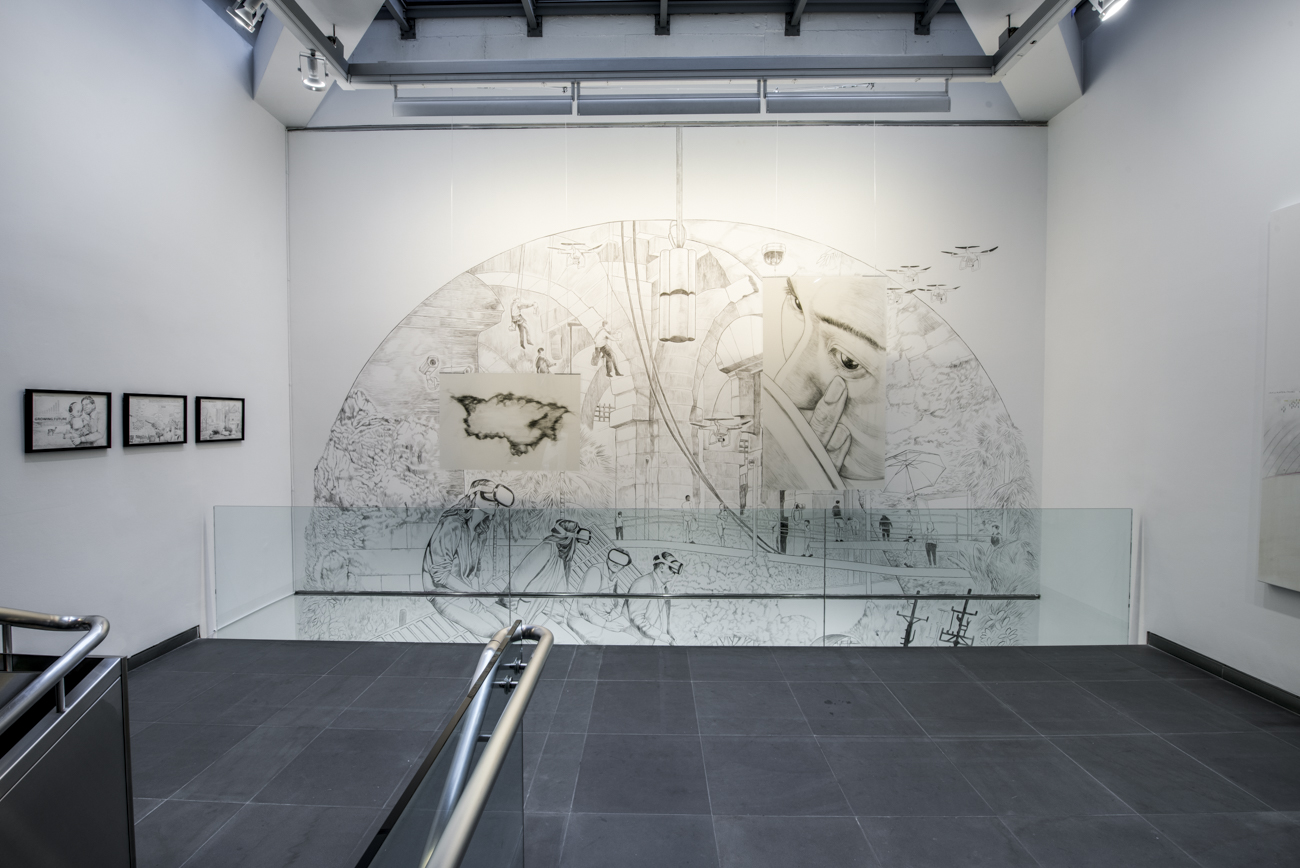 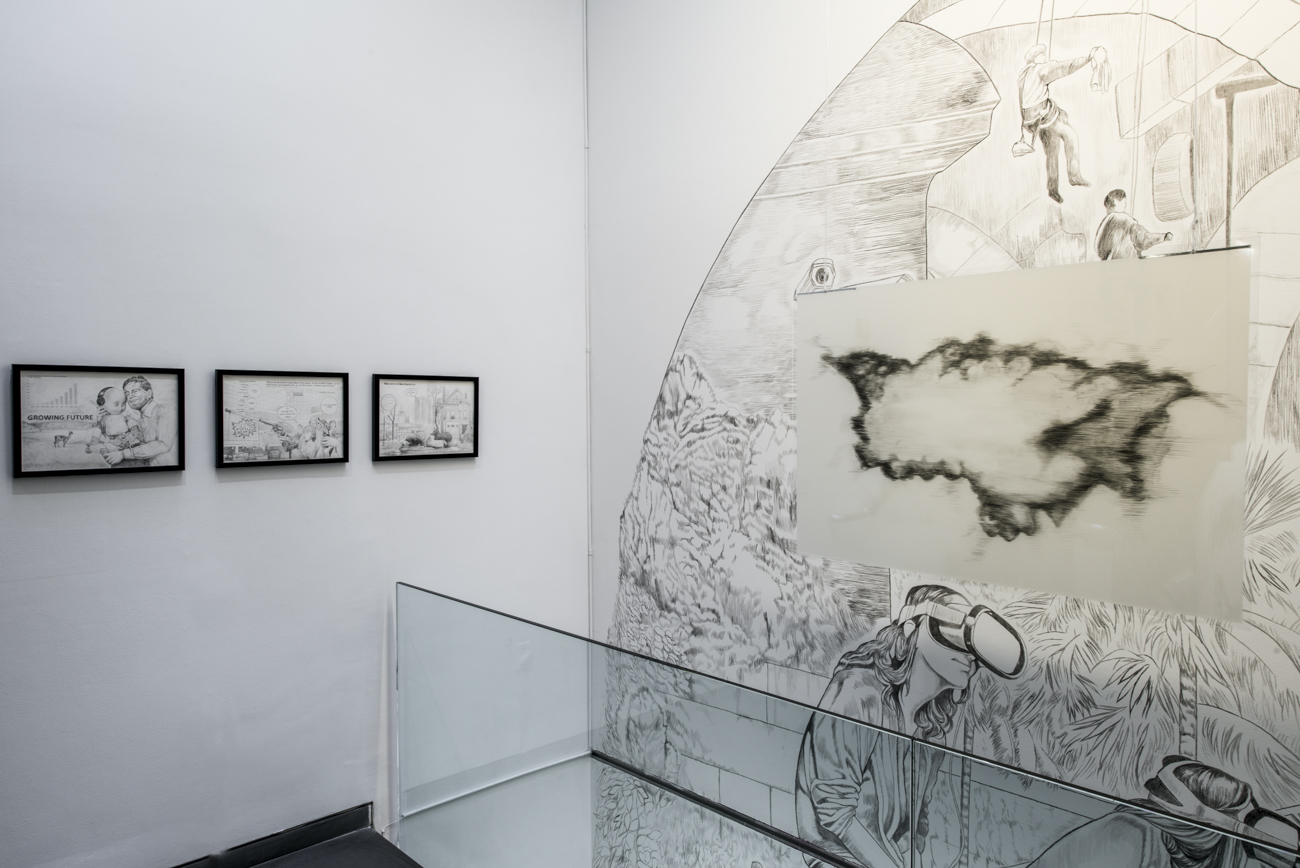 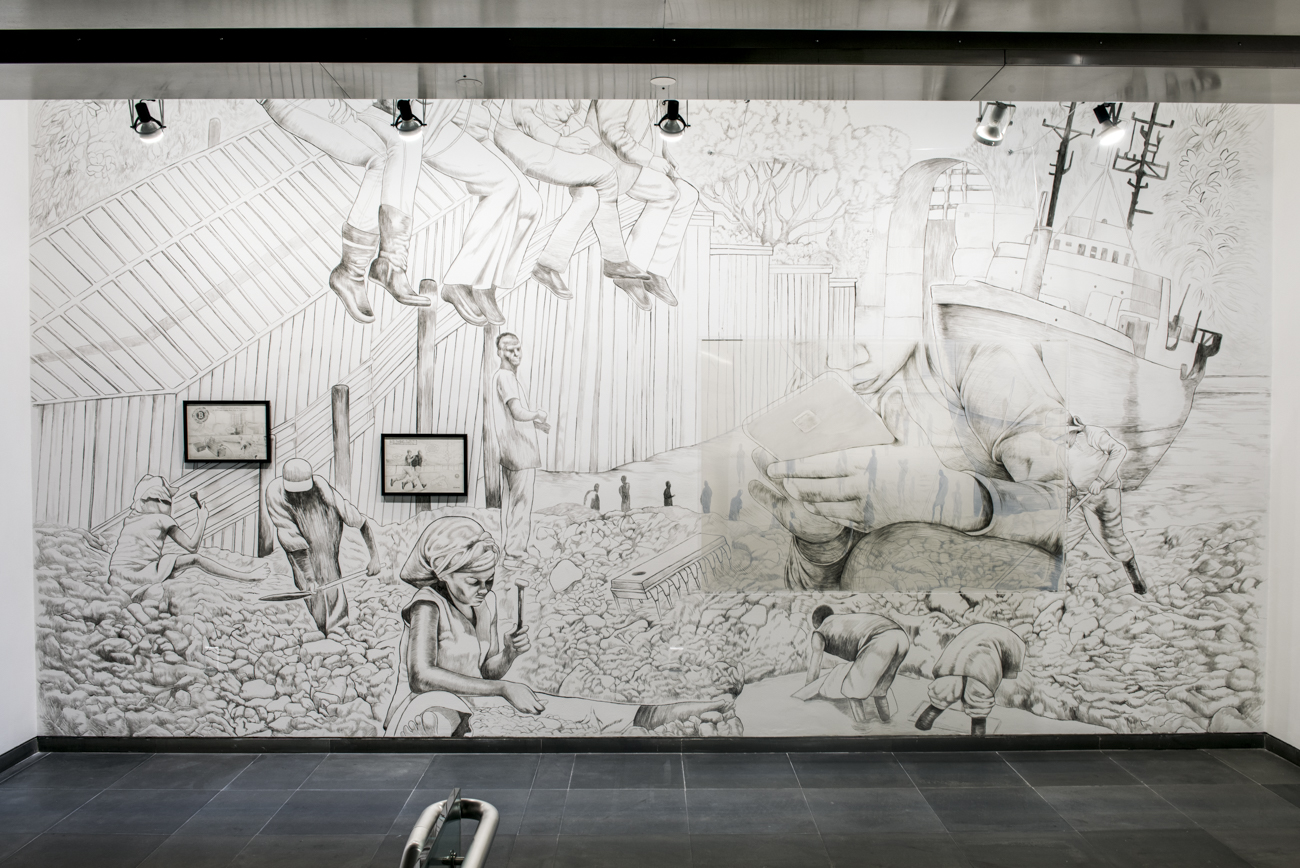 studio ASYNCHROME, After Closer Inspection, We Decide …, 2020. Mixed media on plexiglas and wall.
Courtesy of the artist. 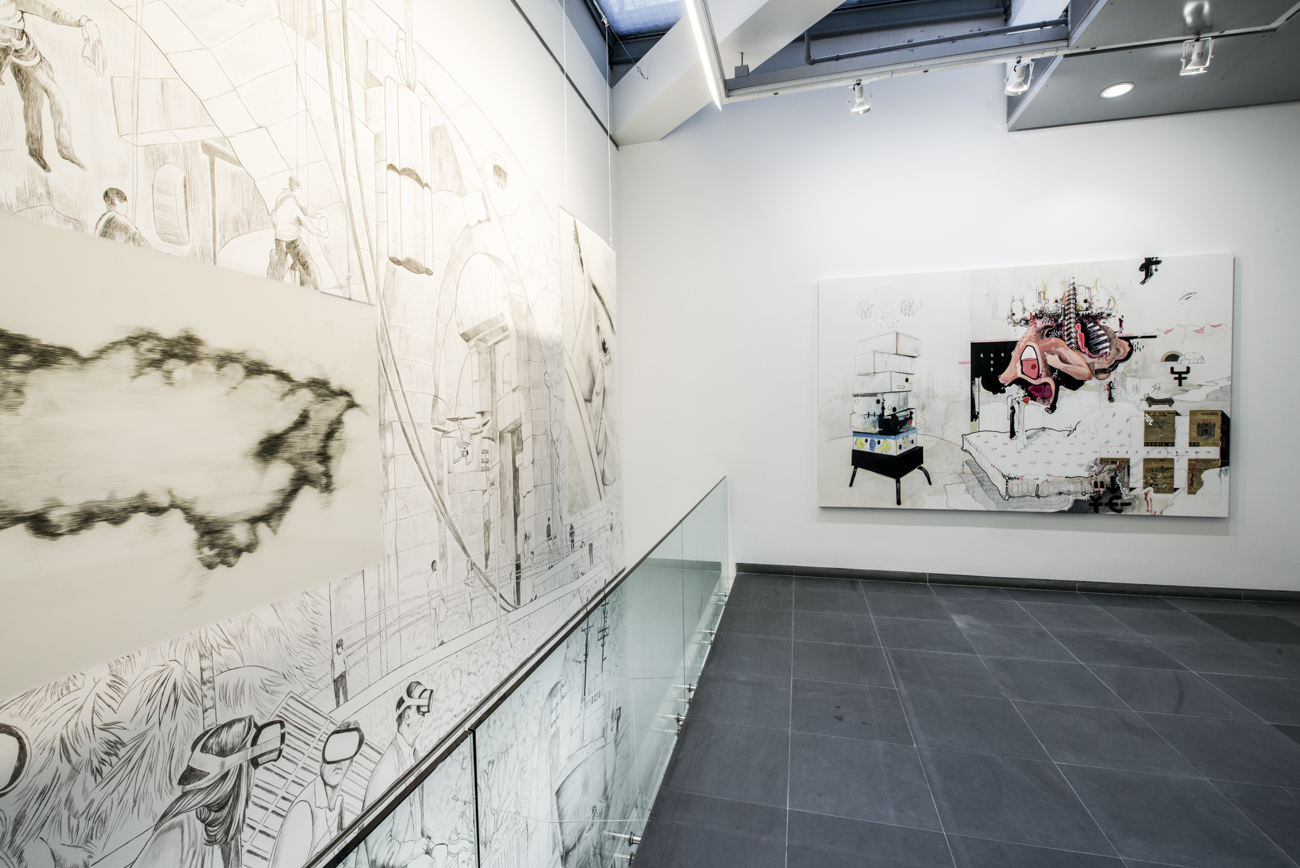 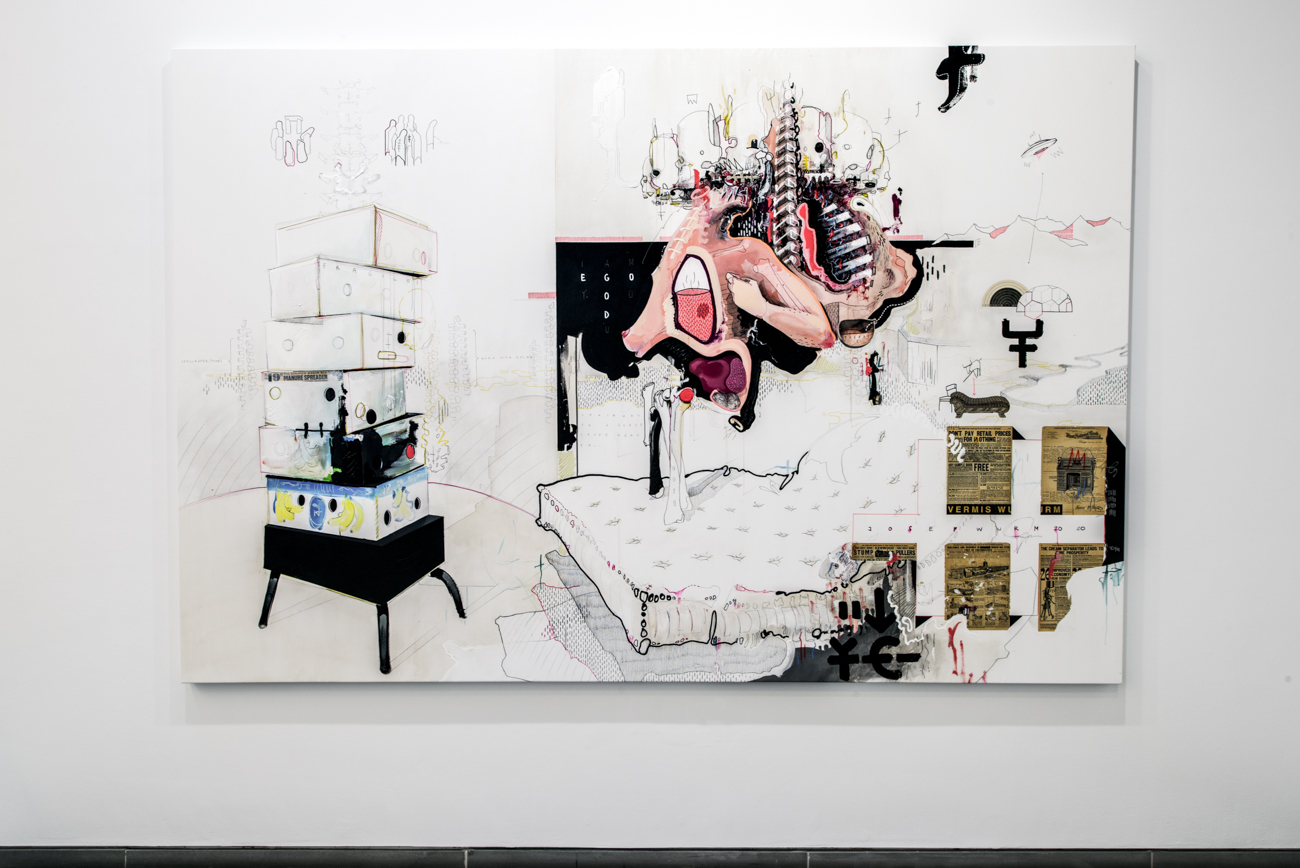 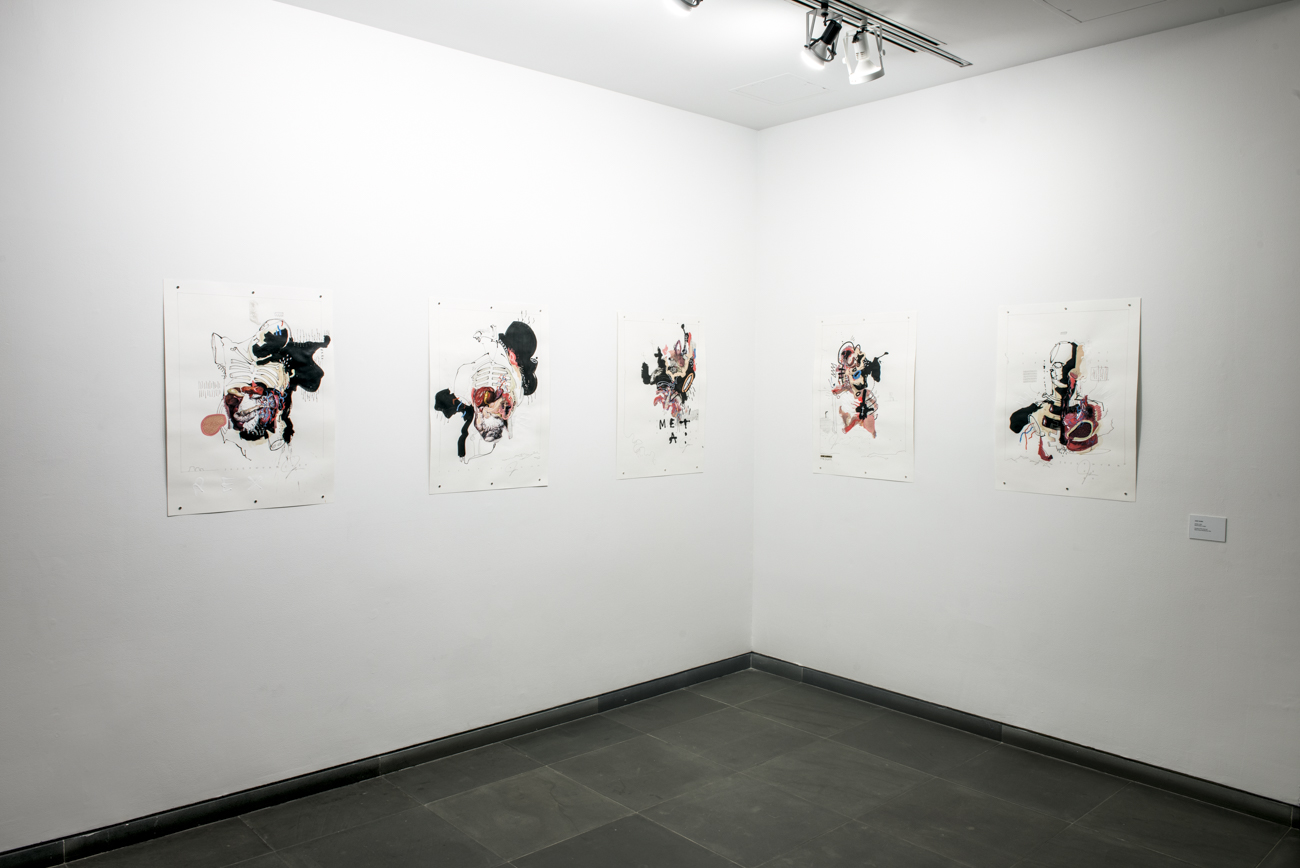 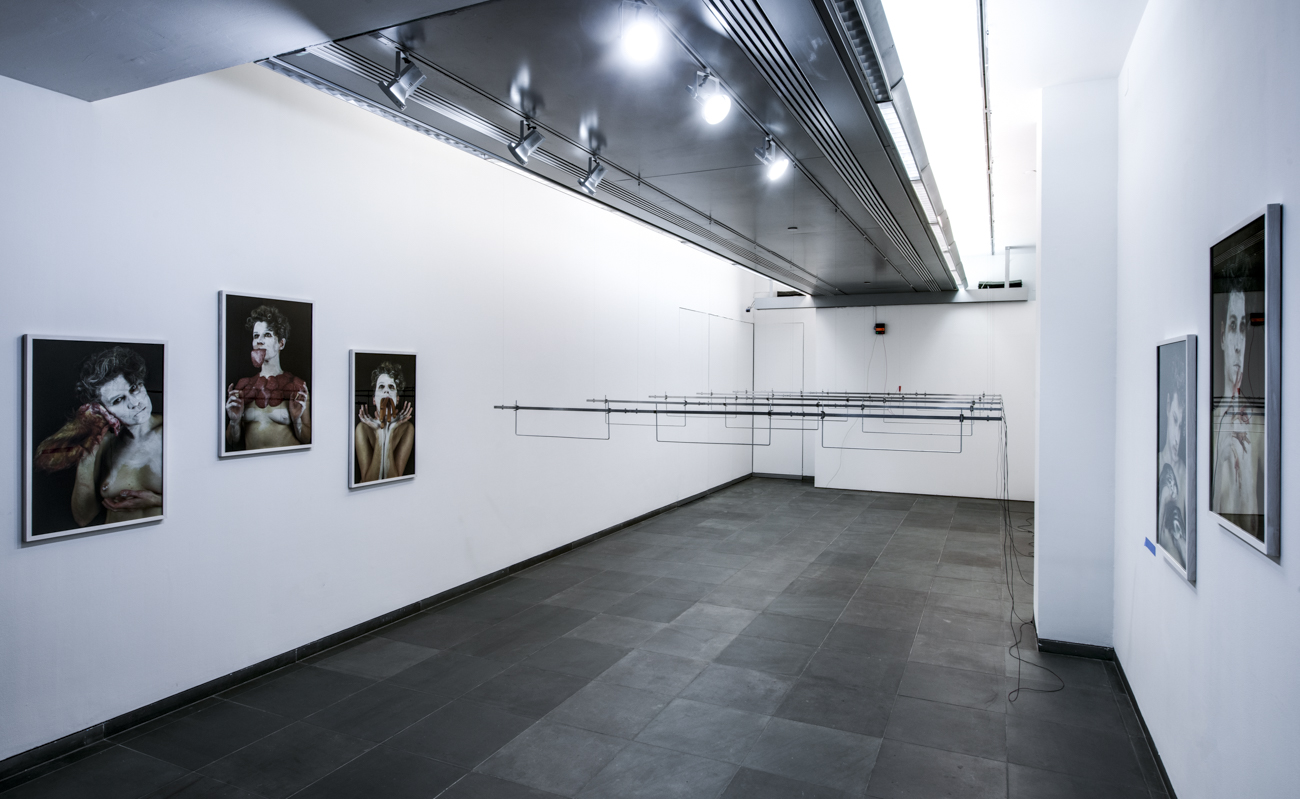 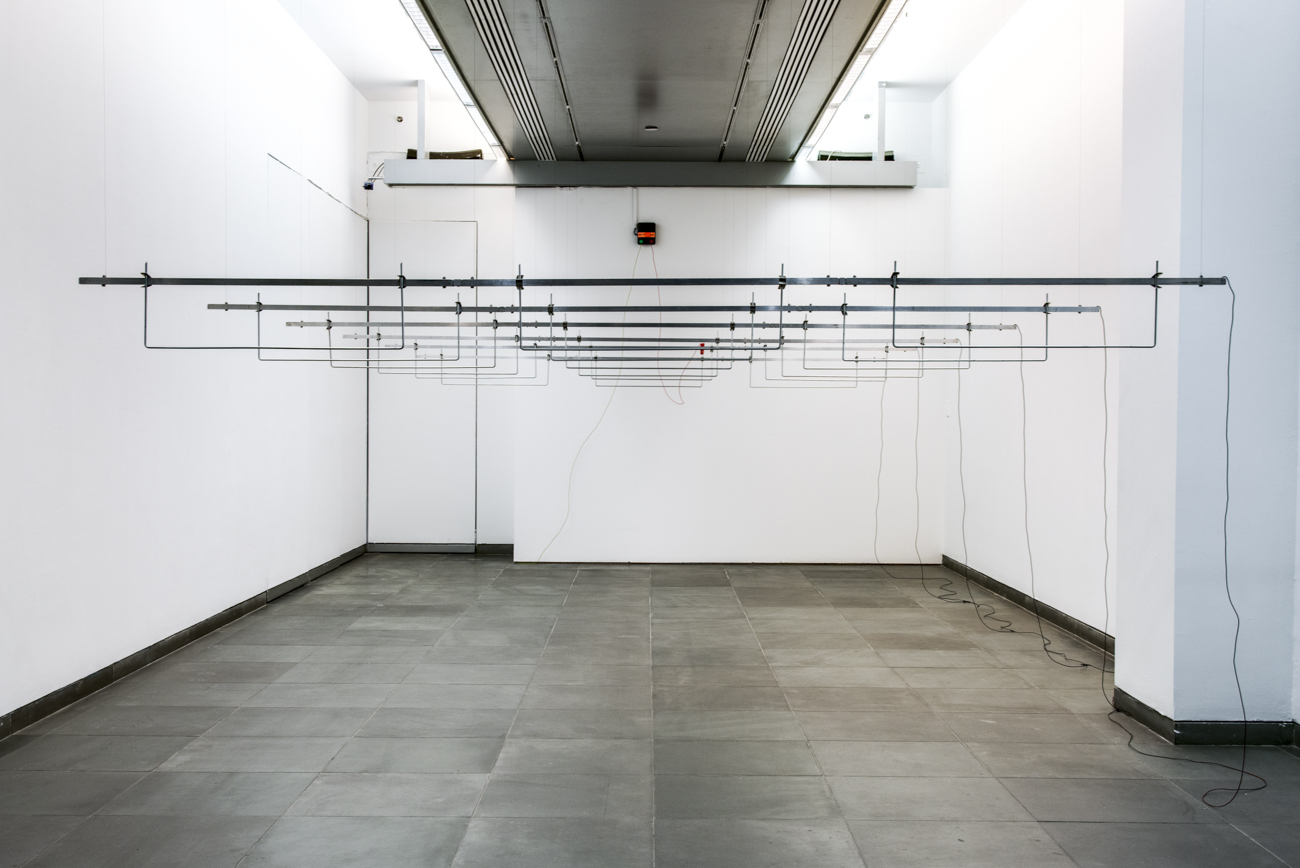 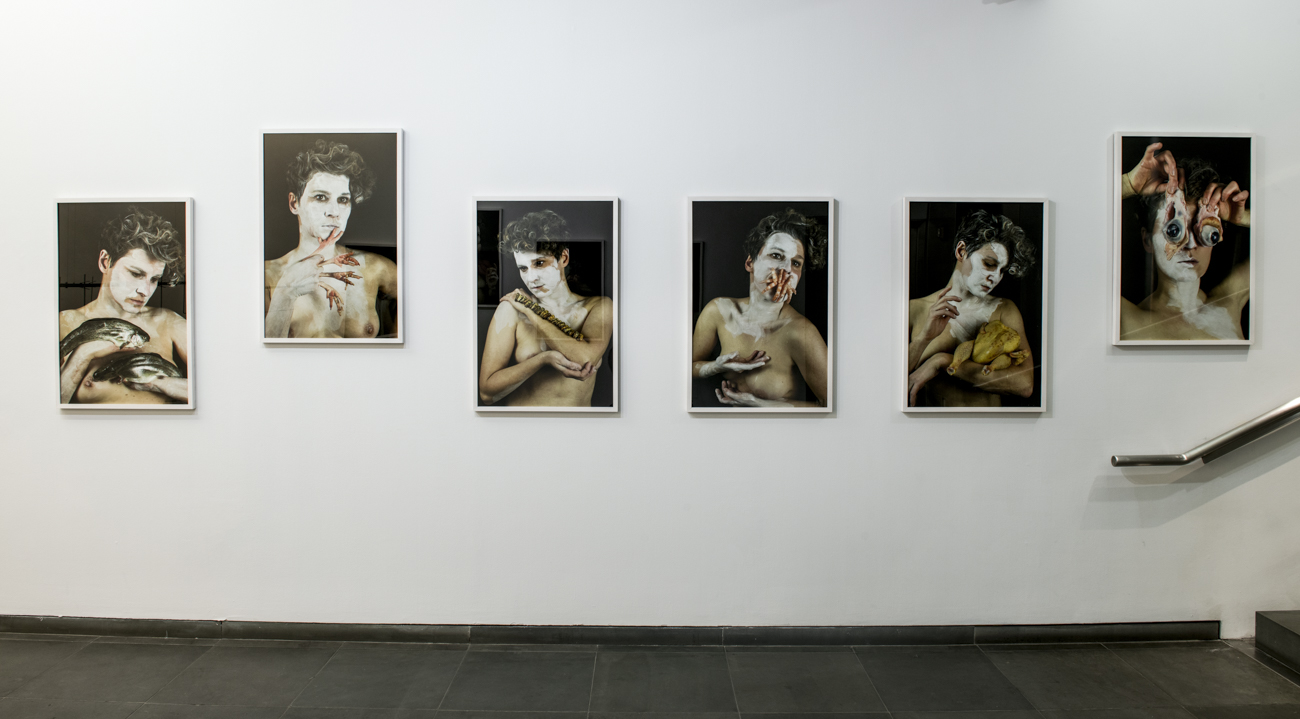 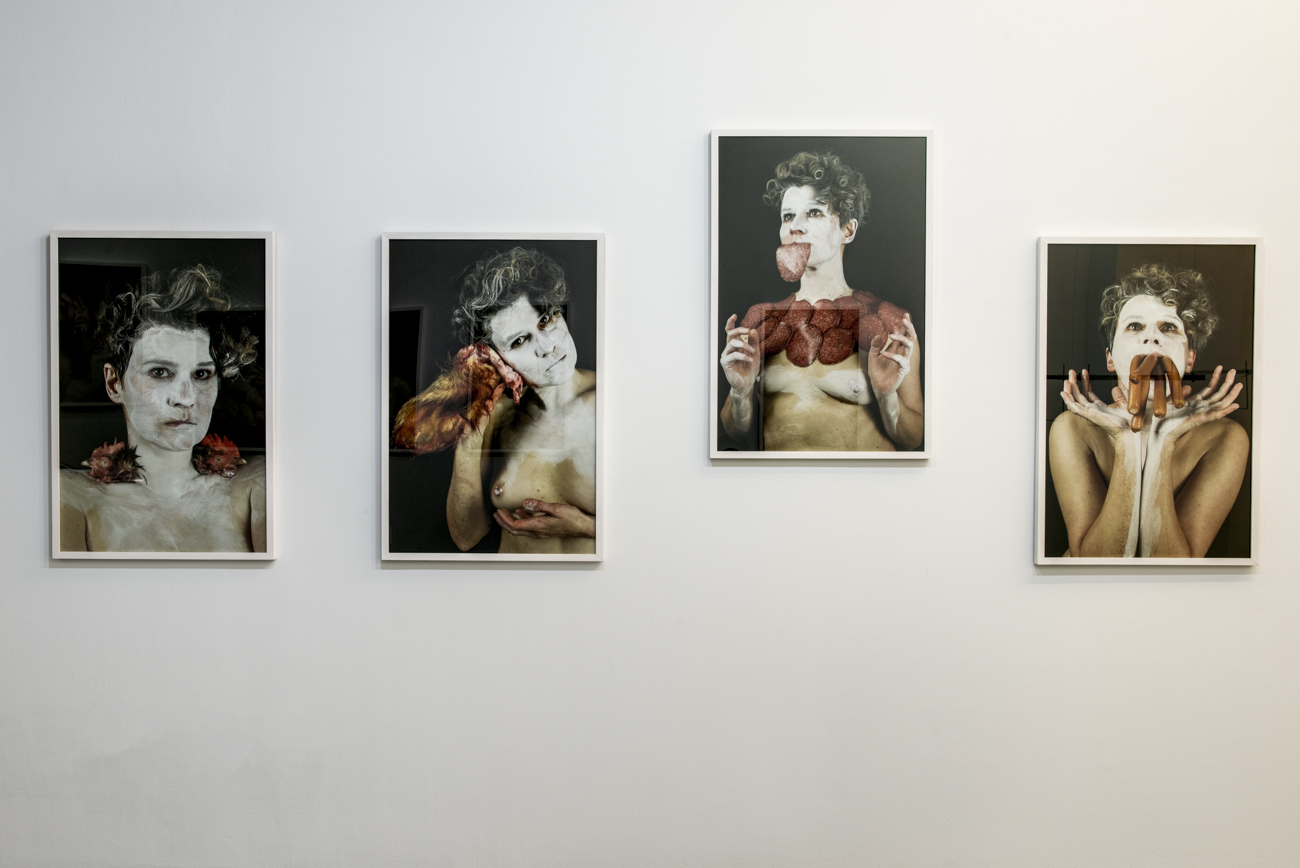