The Austrian Cultural Forum New York (ACFNY) is pleased to present Women.Now, a group exhibition showcasing contemporary female artists based in Austria and the United States. On view from September 26, 2018 to February 18, 2019, this transmedial show unites artists from different generations, commenting on women’s role in society and the arts.

The exhibition pays homage to major anniversaries: In 1918 and 1920 women in Austria and in the U.S., respectively, were given the right to vote, a milestone in political equality. Second, it recalls 1968, a year in which social norms defined by patriarchal structures were put under radical scrutiny as the feminist avant-garde was formed. In Women.Now, curator Sabine Fellner sheds light on the legacies of these historic developments and how they impact current artistic discourse.

A video by Margot Pilz sets the precedent for the show. Her short film explores female figures which traditional historical narratives belittle, encouraging the spectator to reflect on stories that tend not to be told. Comparably, Béatrice Dreux attempts to disengage notorious mythical goddesses and priestesses from their paternalistic narration and have them speak for themselves. Pilz and Dreux thus map out a broad field of gender discrimination, more specific subsets of which other pieces in the exhibition examine in greater detail.

Artworks by Ellen Lesperance, Ines Doujak, and Uli Aigner focus on trades that are traditionally associated with women and the feminine, such as the textile industry or pottery, and endow them with strong political commentary. While Doujak calls attention to exploitive relations of economic power in the fast-paced fashion industry, Aigner and Lesperance reconcile the private and the political, enmeshing features of key (political) figures with typically feminine craftsmanship.

Sabine Jelinek and Eva Schlegel investigate the nature of freedom, in particular women’s claim to it, and expose the ambivalence of a notion that blurs the line between flying towards the sky and tumbling through the air.

The extent of women’s freedom and the right to decide for themselves has also spurred a heated debate in the realm of sexuality and lust. A large site-specific wall drawing by Sevda Chkoutova and a two-piece photograph by Heidi Harsieber testify to that debate, making clear-cut distinctions between lust, violence, rapture, and passion nearly impossible. For Chkoutova, the contemporary discourse of lust and sexuality is closely linked to perceptions of the body, particularly to conceptions of beauty. She shares this interest with a wide range of female artists, notably Claudia Schumann, Frenzi Rigling, Titanilla Eisenhart, and Adriana Czernin, whose works also display an interest in conformity and resistance, and Martha Wilson and Joan Semmel, who expand the debate to include ageing. These works are united in their attempt to understand why female identity is so closely linked to physical appearance.

The diversity the artists display in addressing womanhood seems to confirm the claims made by Betty Tompkins and Maria Hahnenkamp, who argue that these concepts are cultural constructions shaped by language and visual media. In so doing, these works resonate with key tenets of feminist theory, to which Hahnenkamp refers explicitly in her video. The works in the exhibition thus give an idea of the multi-faceted, ever ambiguous nature of what constitutes “the feminine” and the role of women today.

Sabine Fellner is a curator living and working in Vienna. She has contributed to a variety of publications on the topics of Austrian art of the 19th and 20th century as well as everyday culture and (co)-curated exhibitions for Austrian venues such as LENTOS Kunstmuseum Linz, NORDICO Stadtmuseum Linz, Forum Frohner in Krems, Leopold Museum Vienna, the Jewish Museum Vienna, and the Belvedere Museum Vienna. Recent shows include Rabenmütter/Mother of the Year (2015-2016), Aging Pride (2017-2018), and The Better Half: Jewish Women Artists Before 1938 (2016-2017). 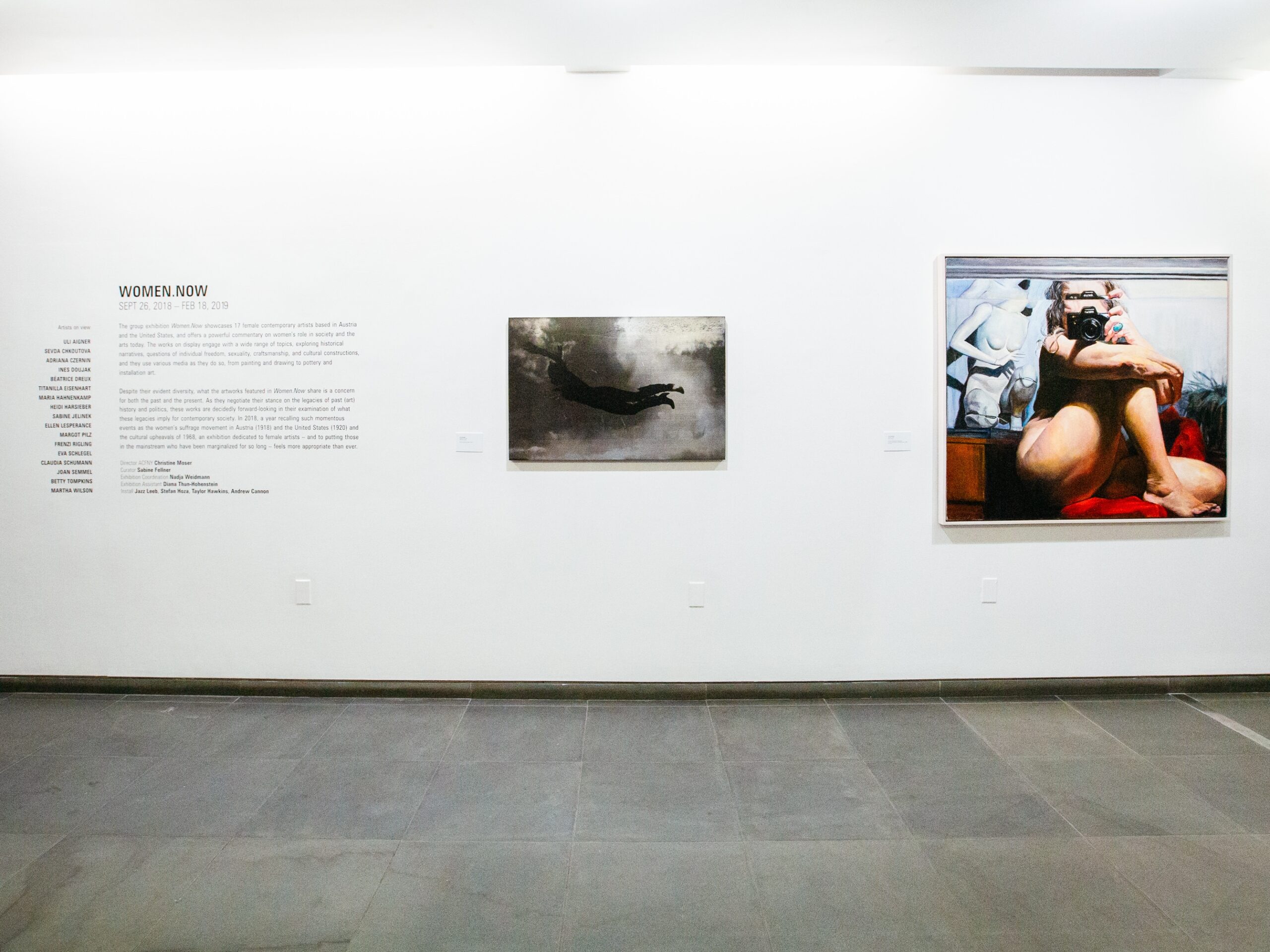 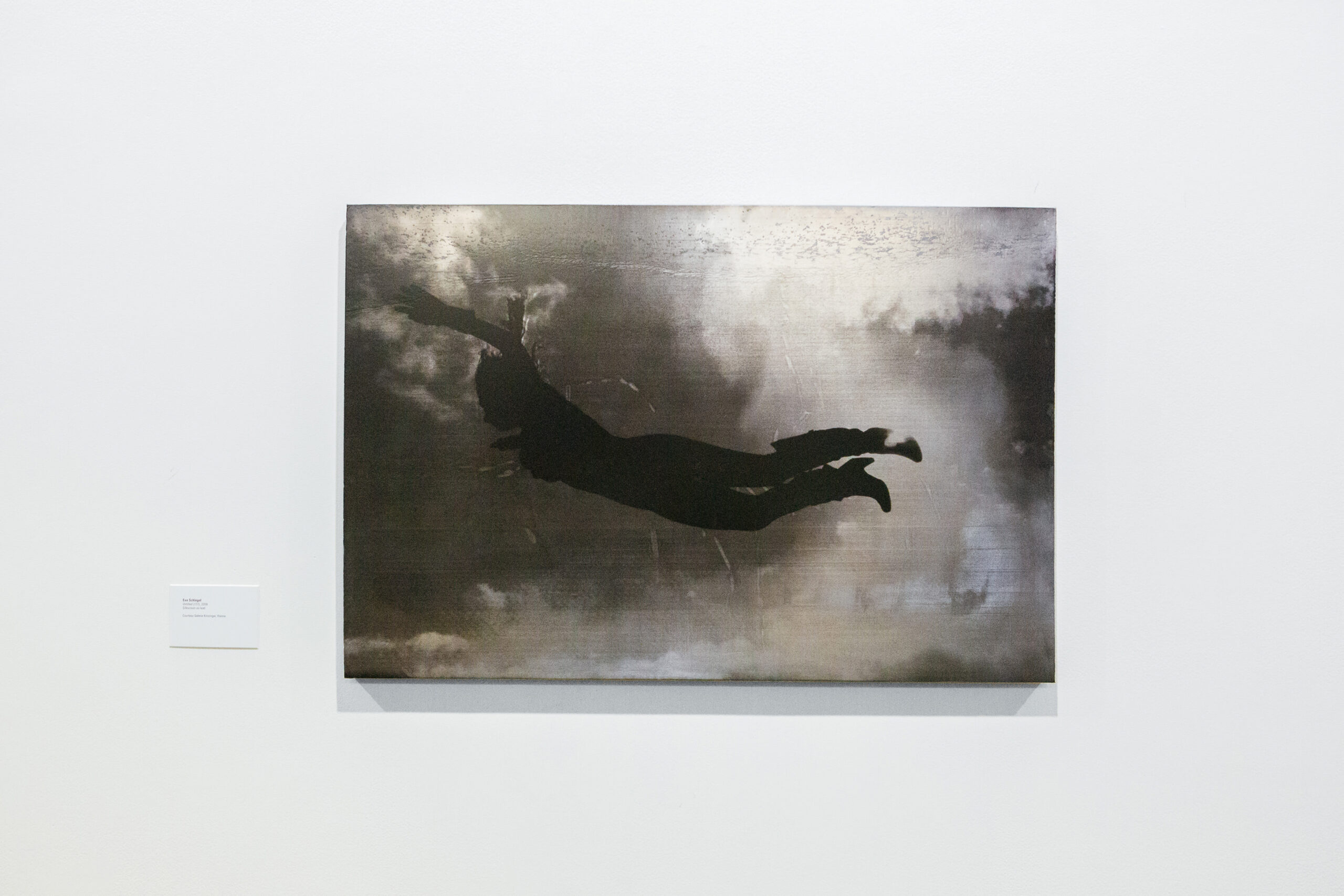 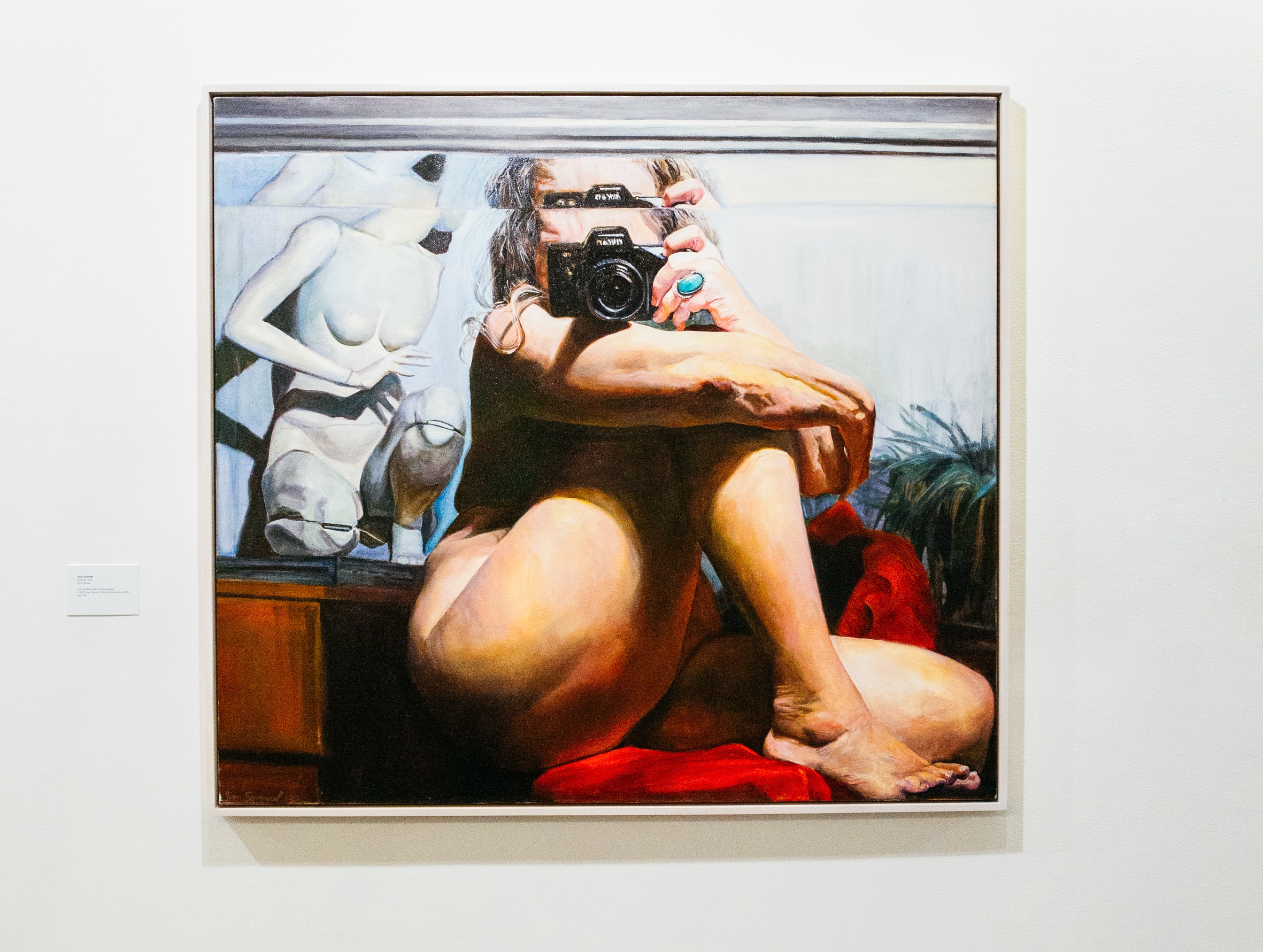 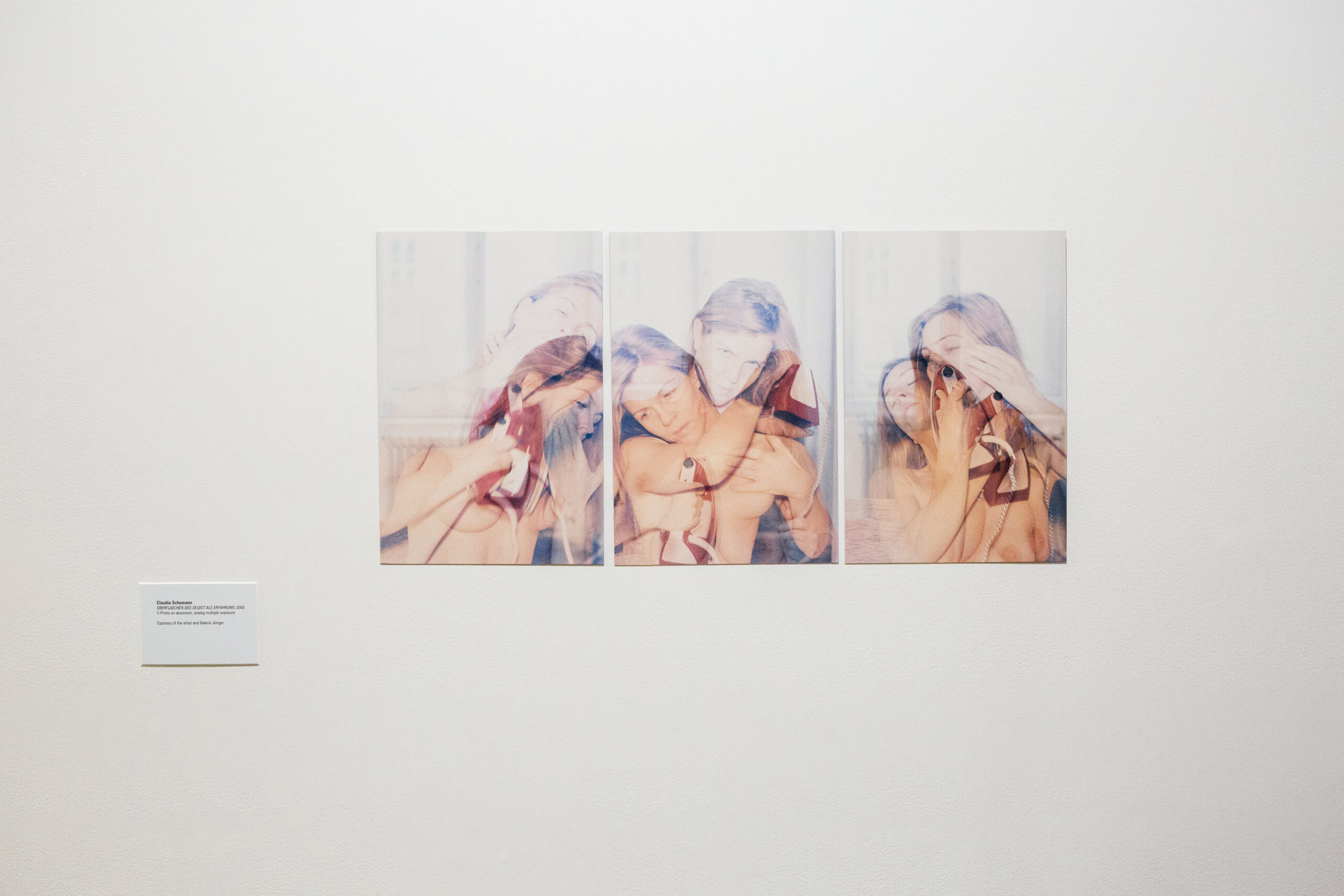 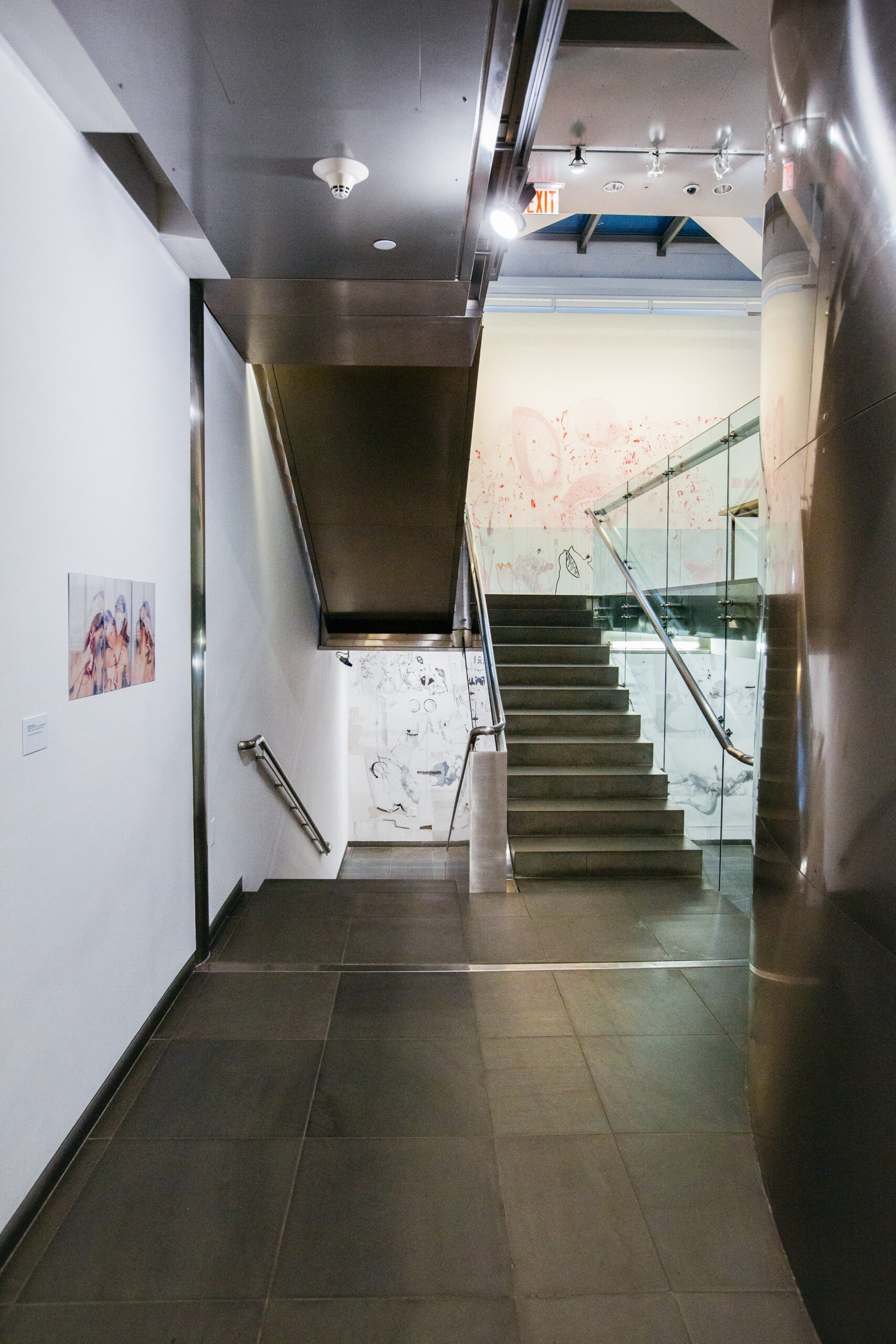 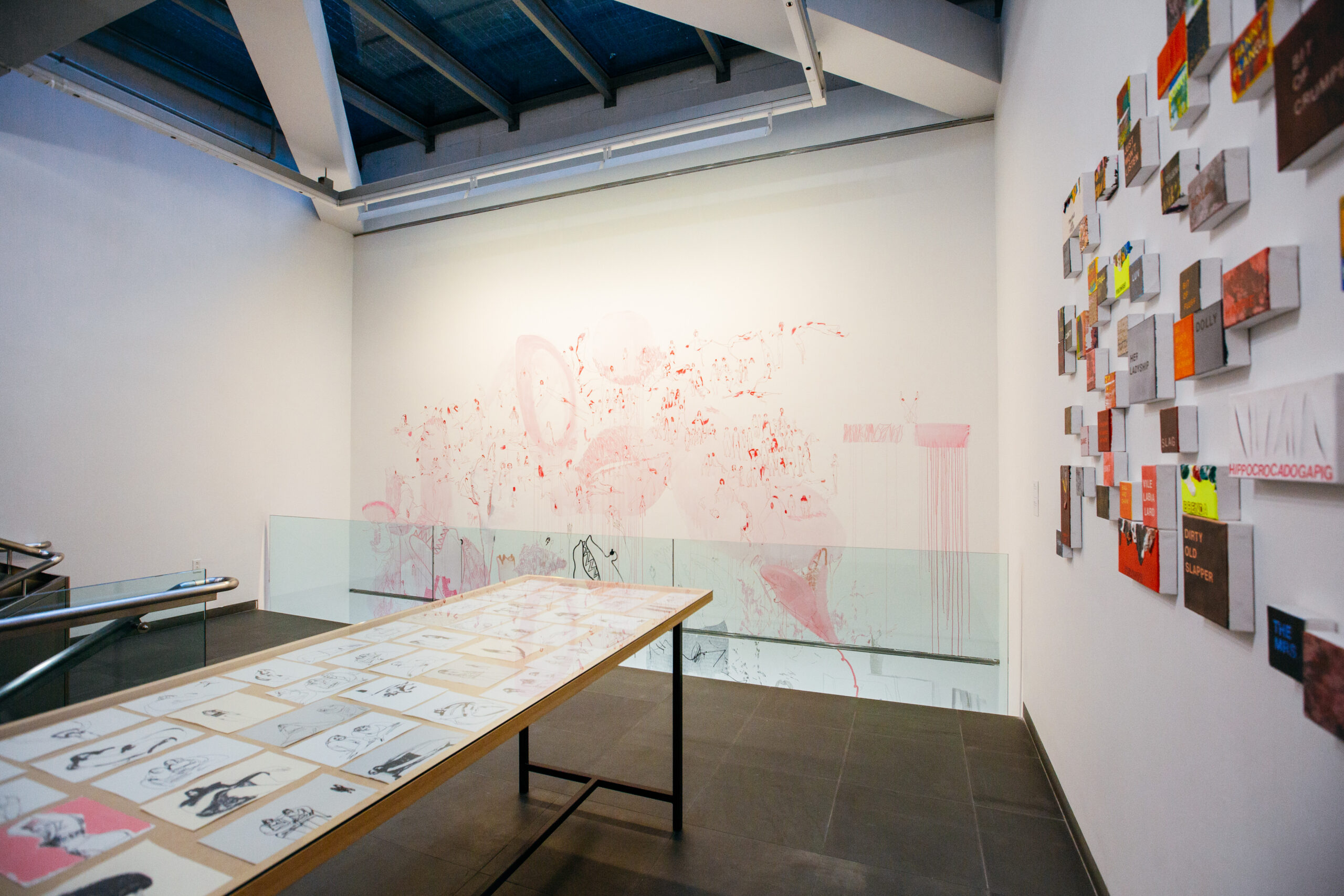 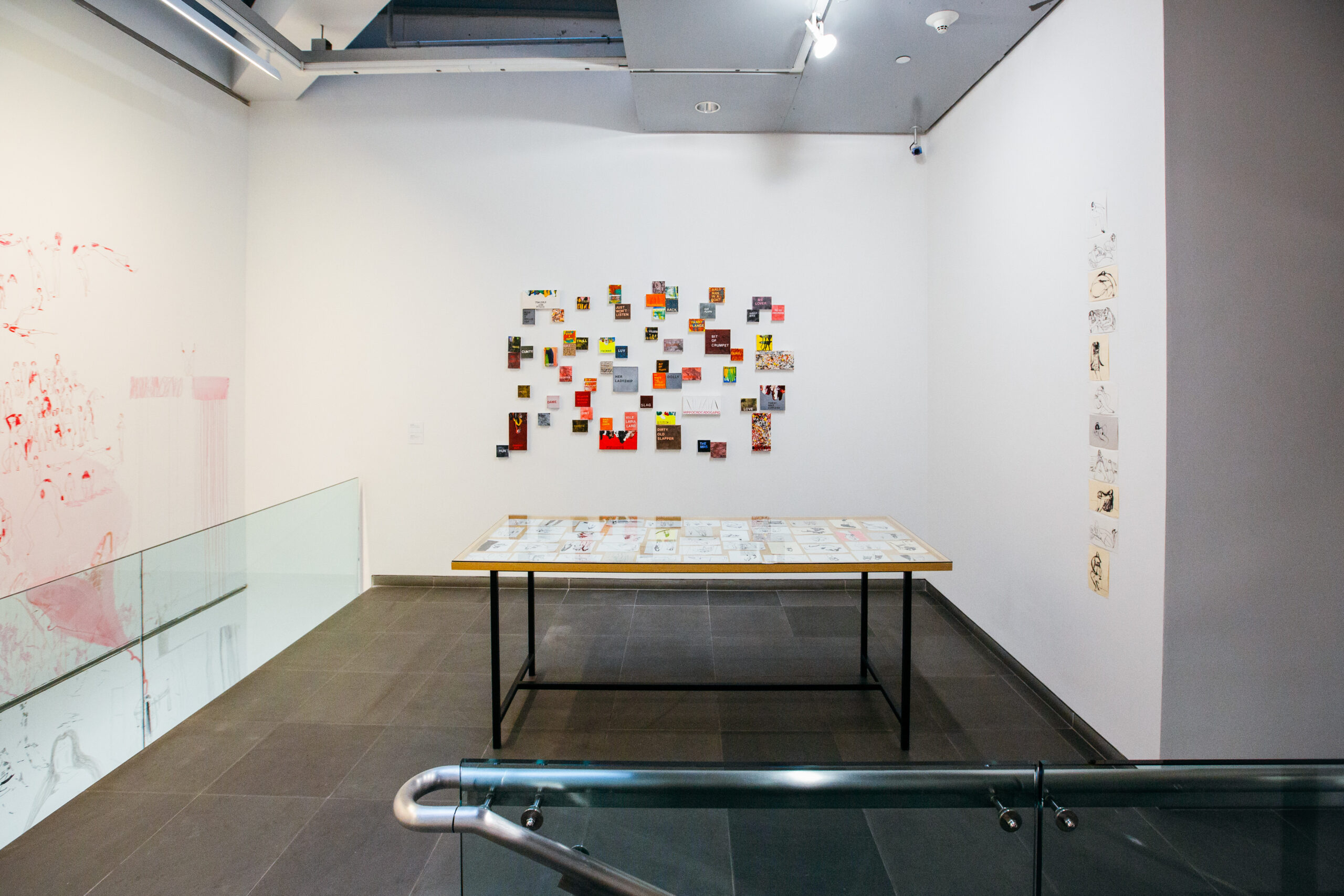 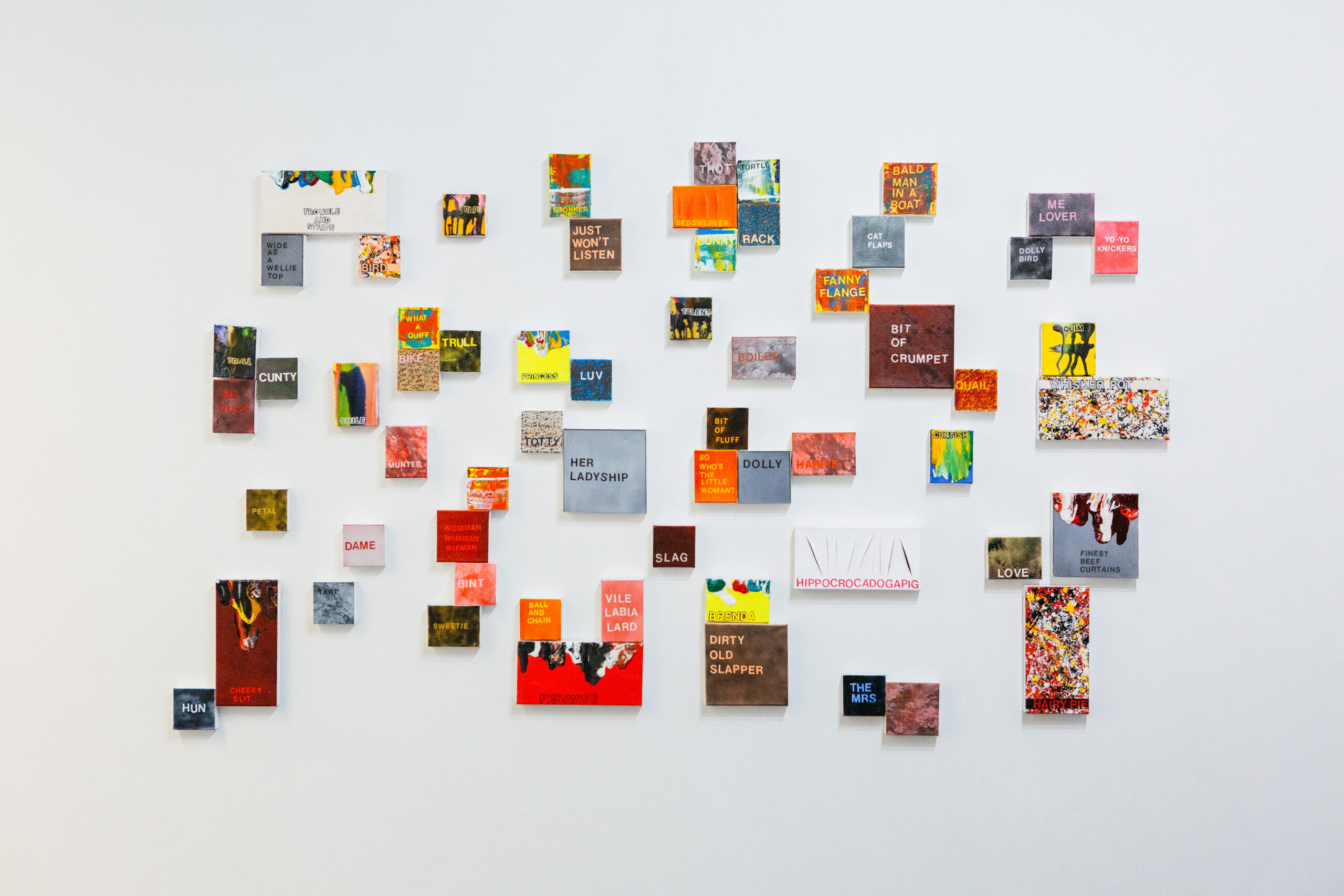 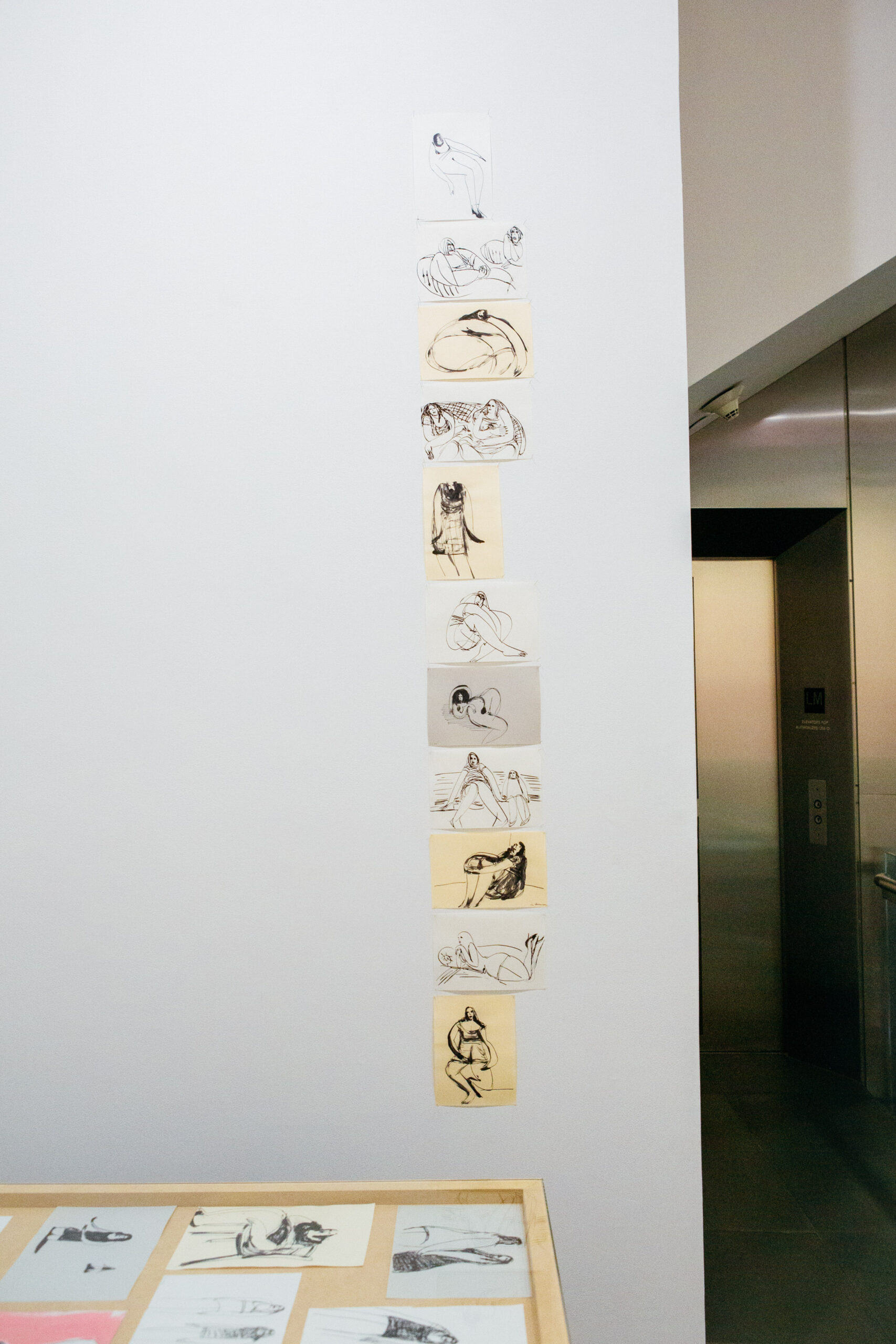 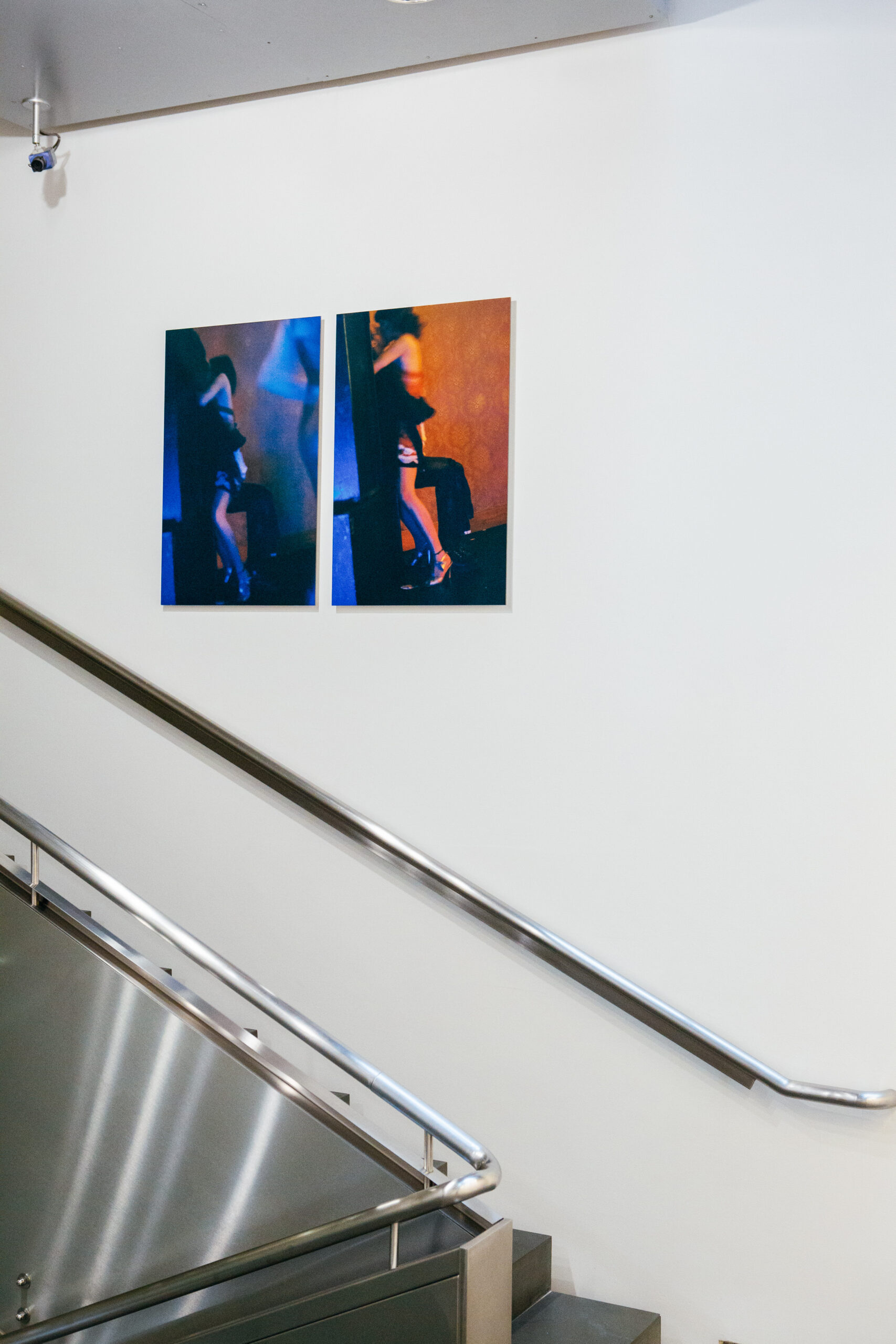 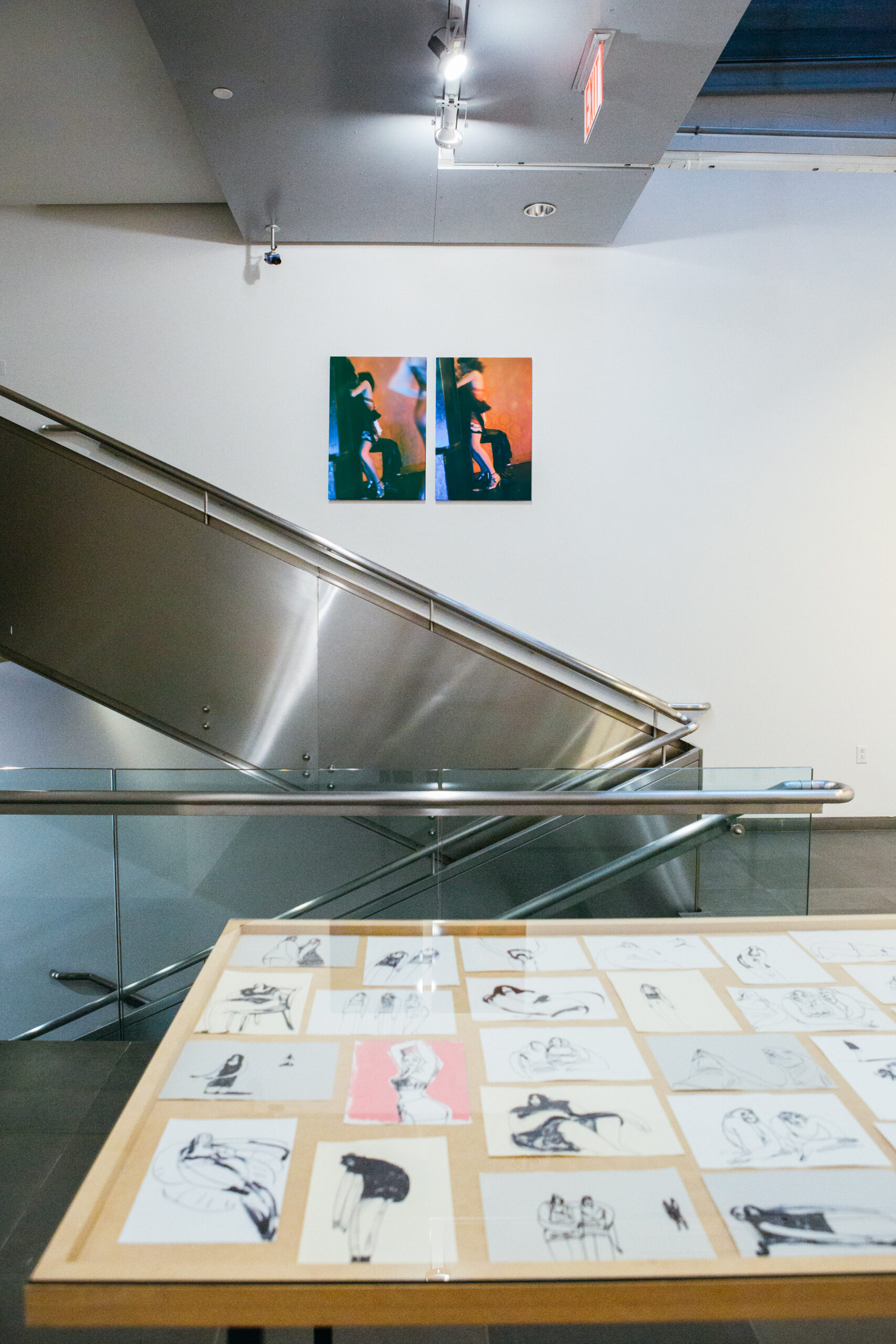 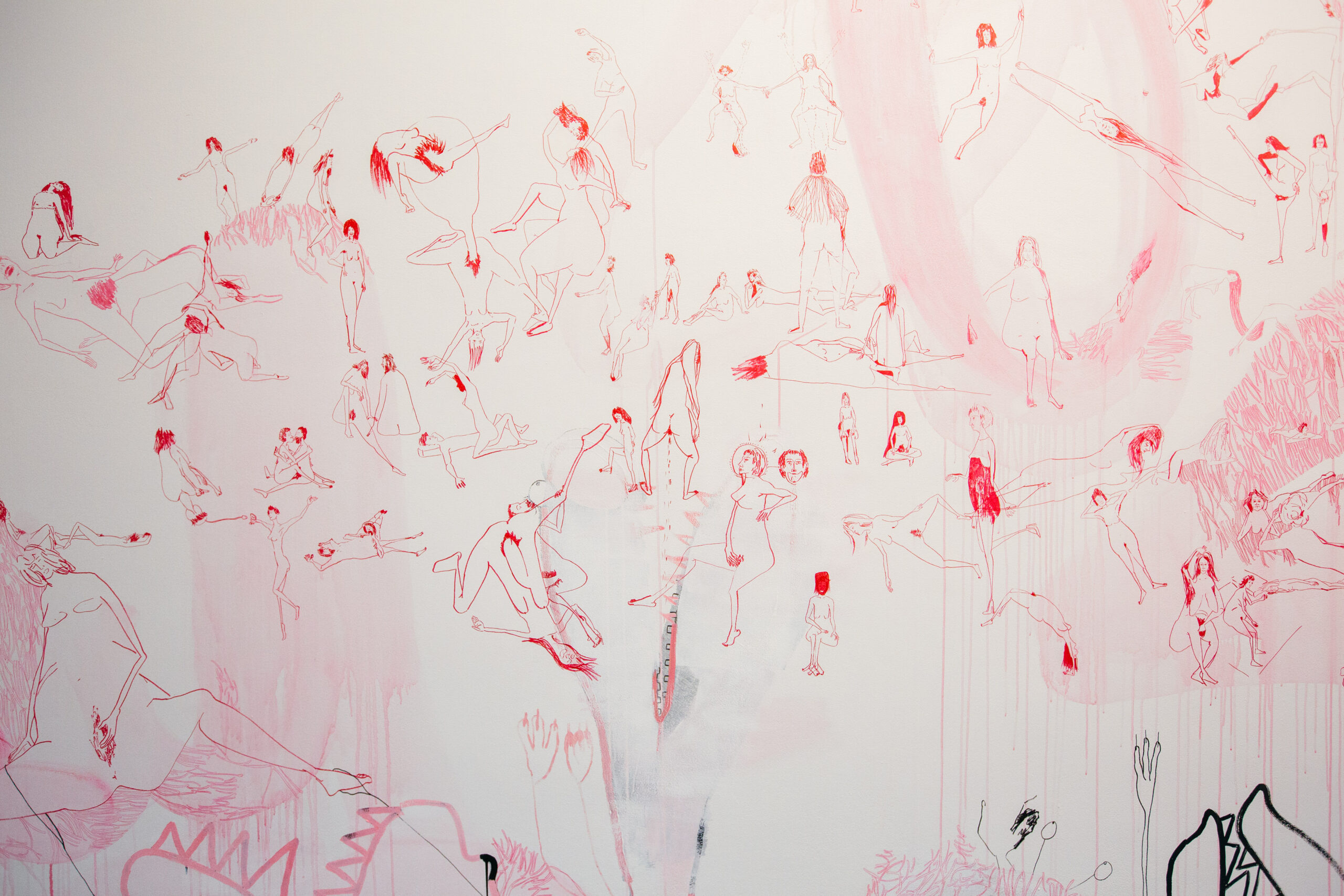 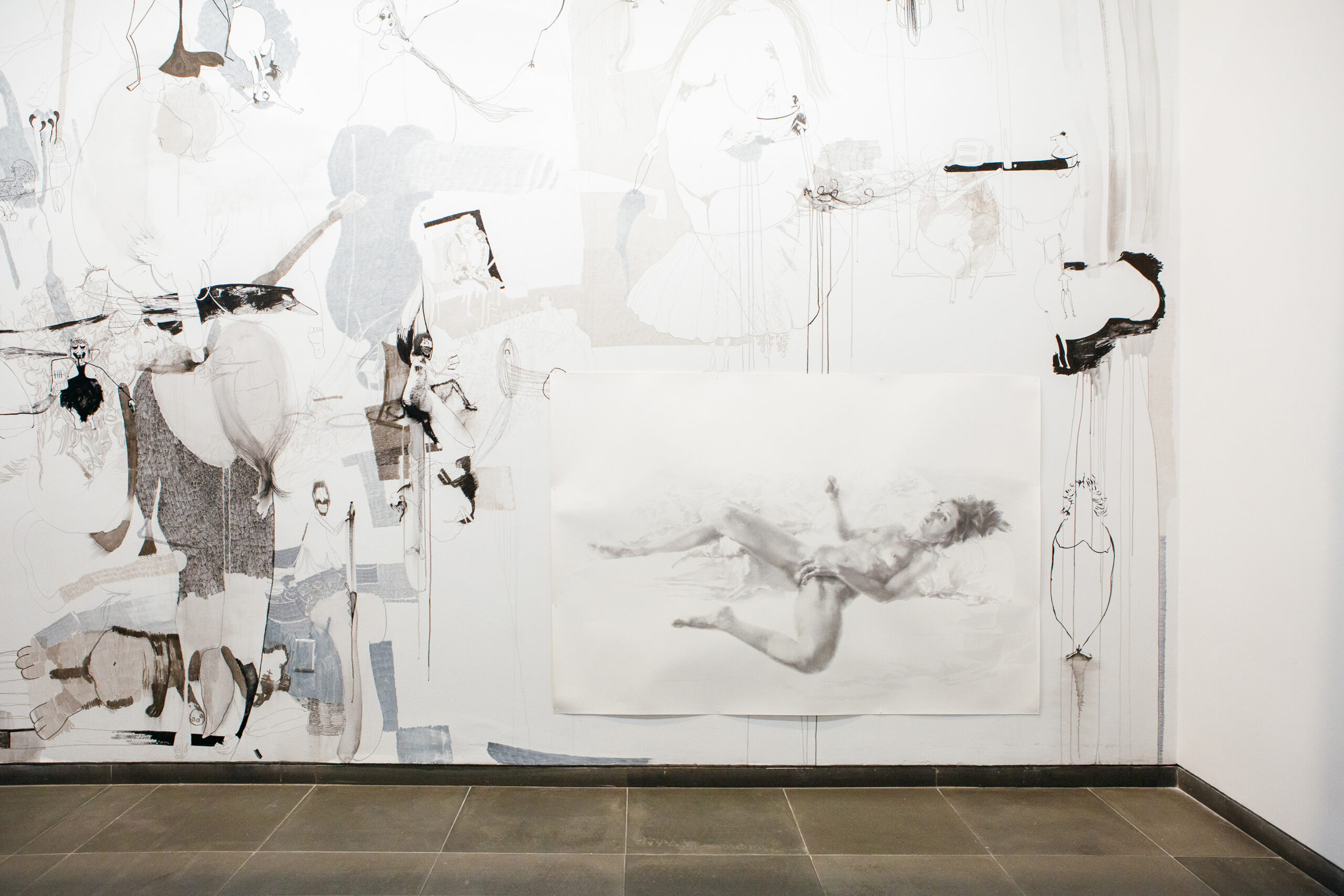 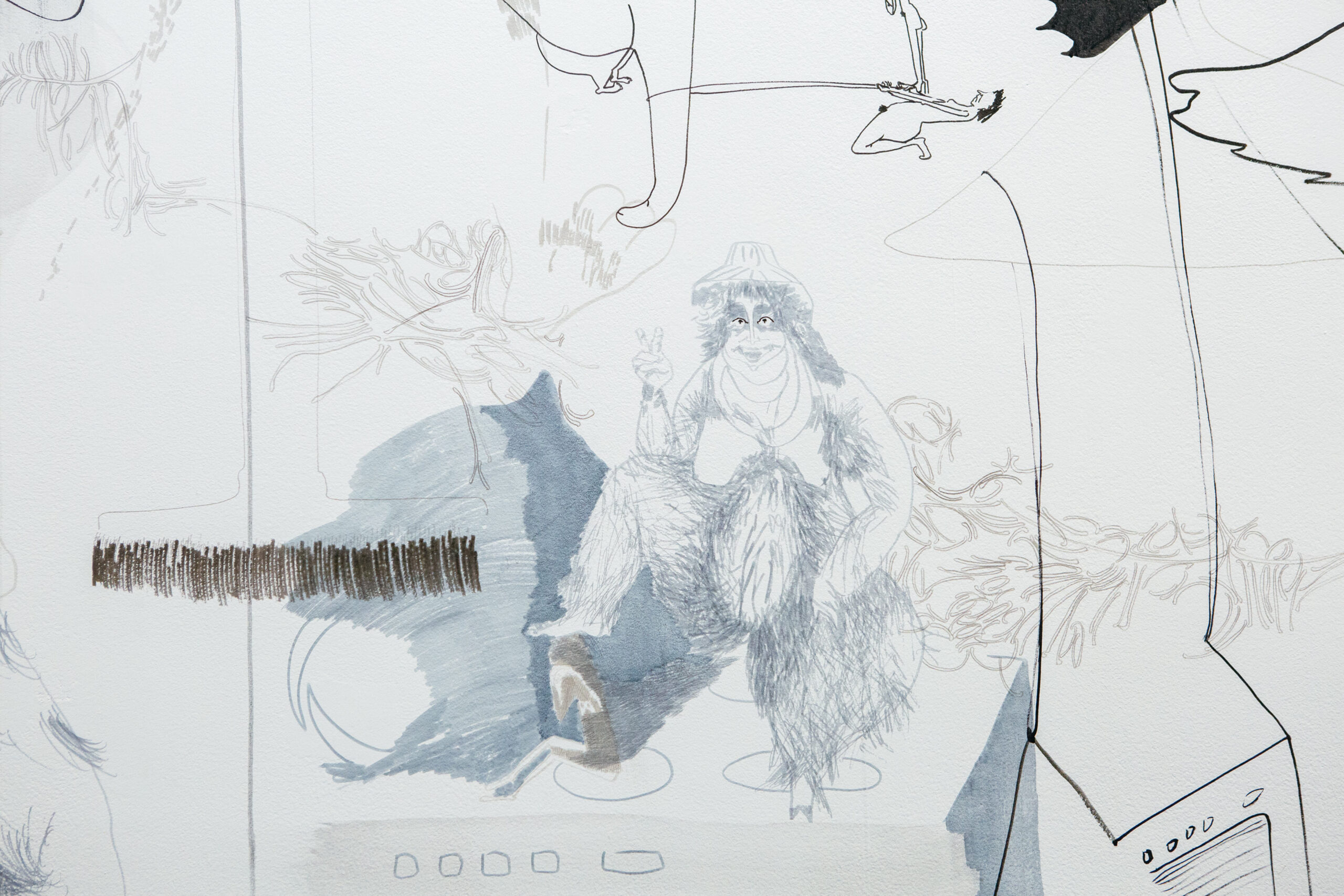 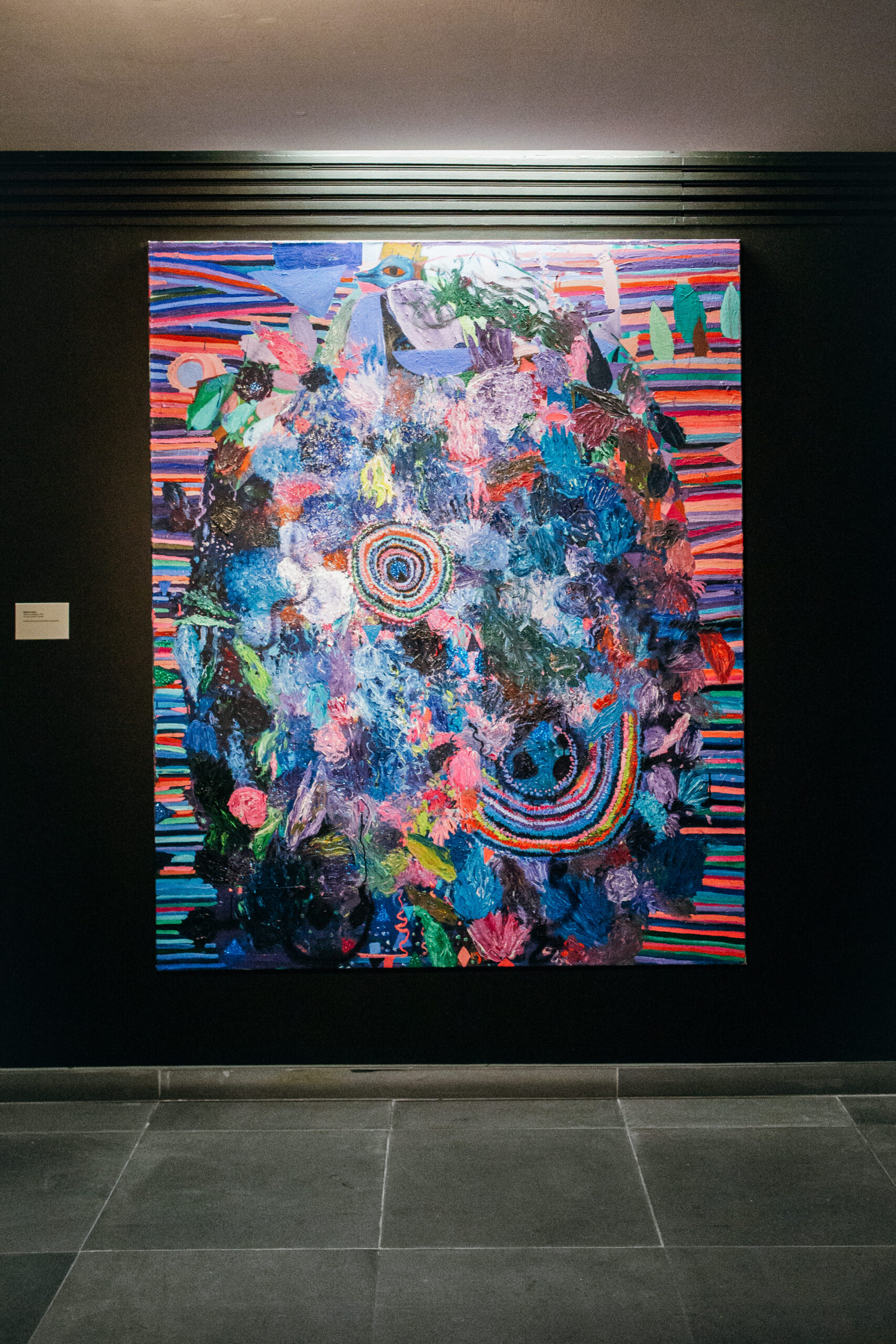 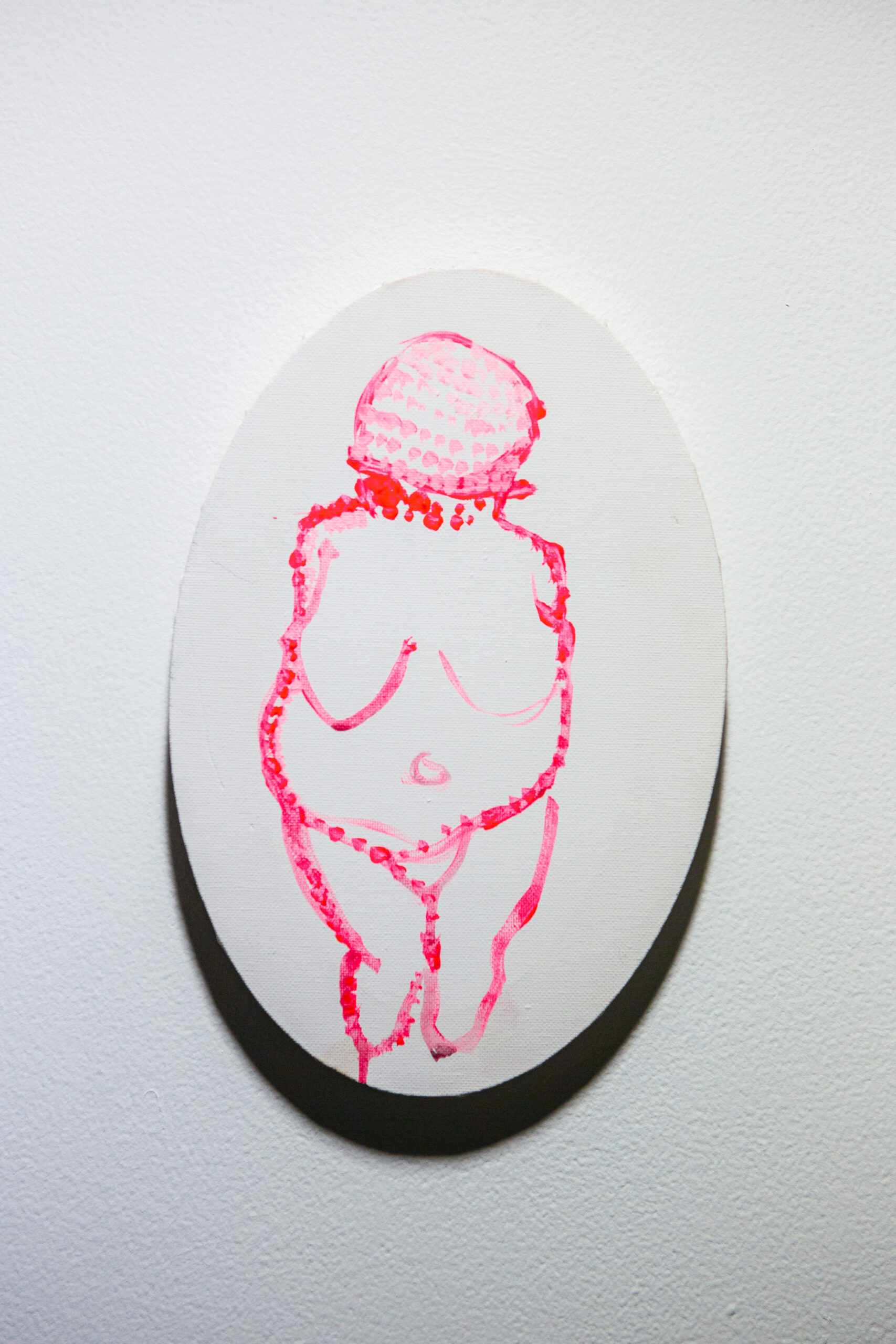 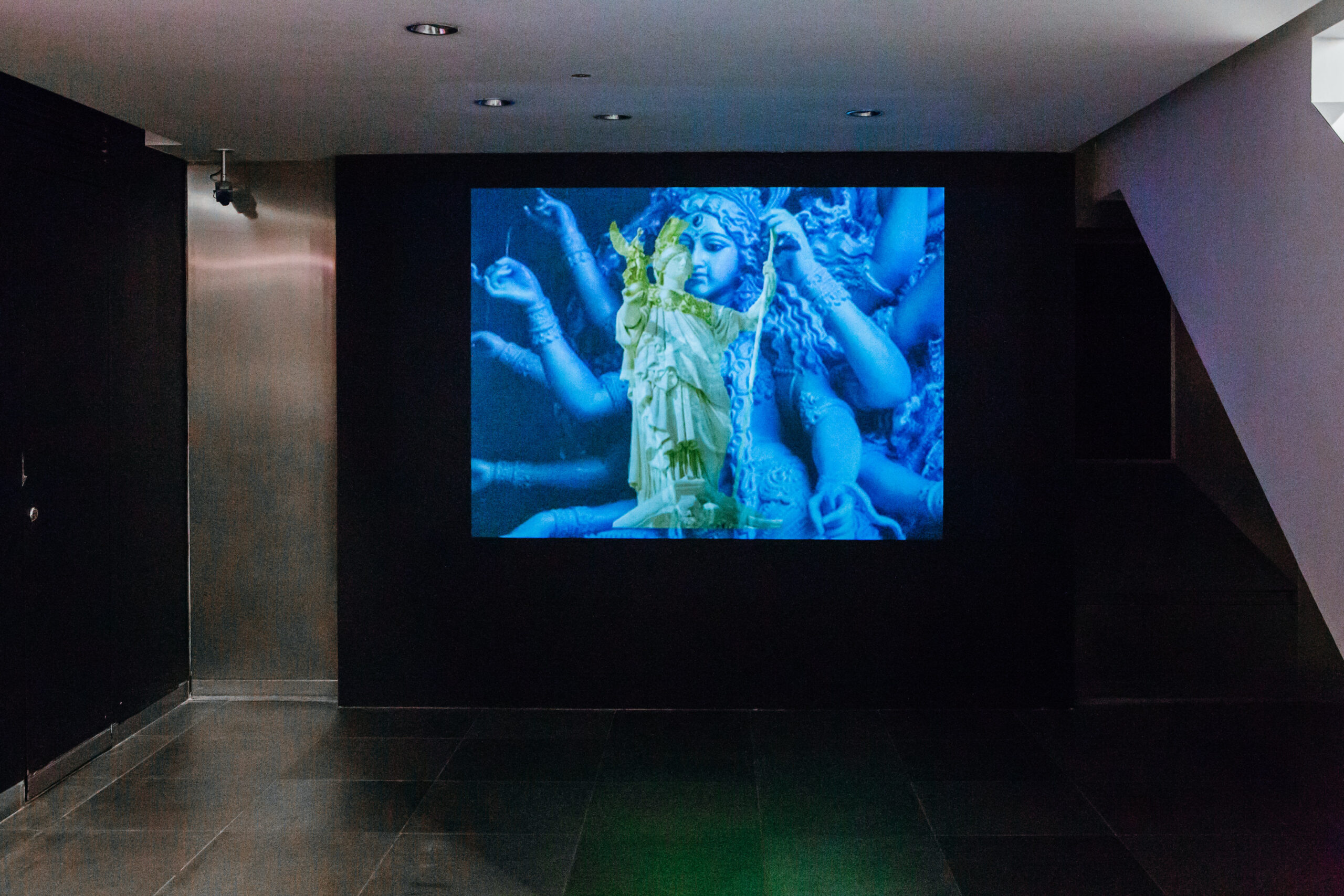 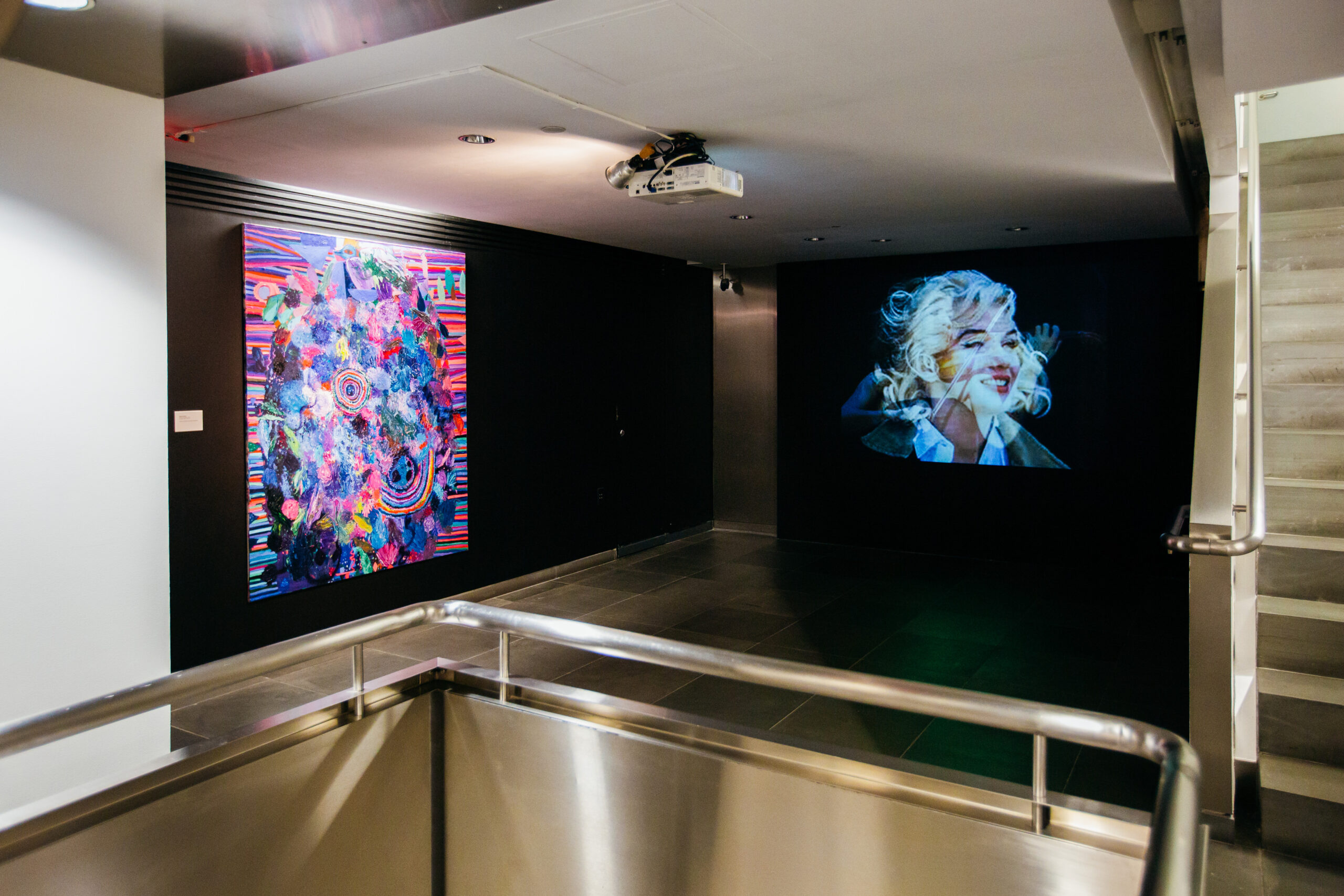 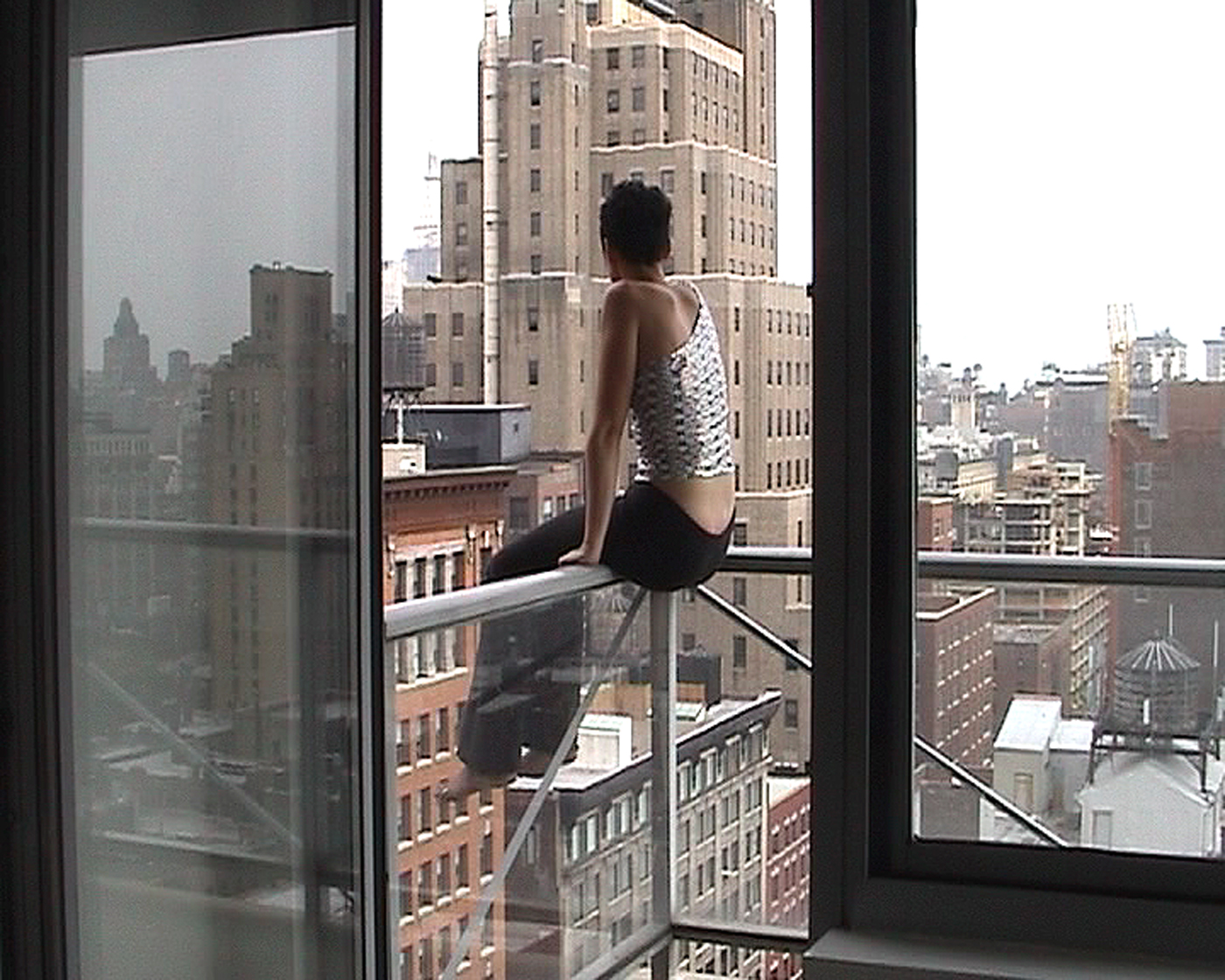 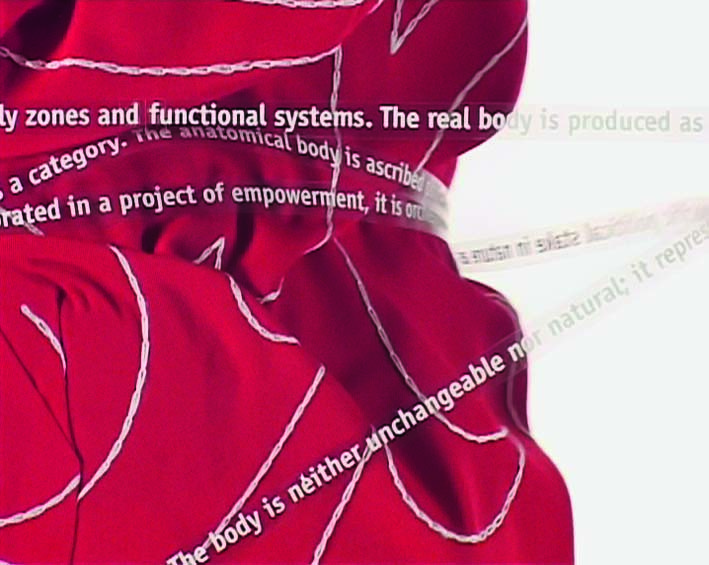 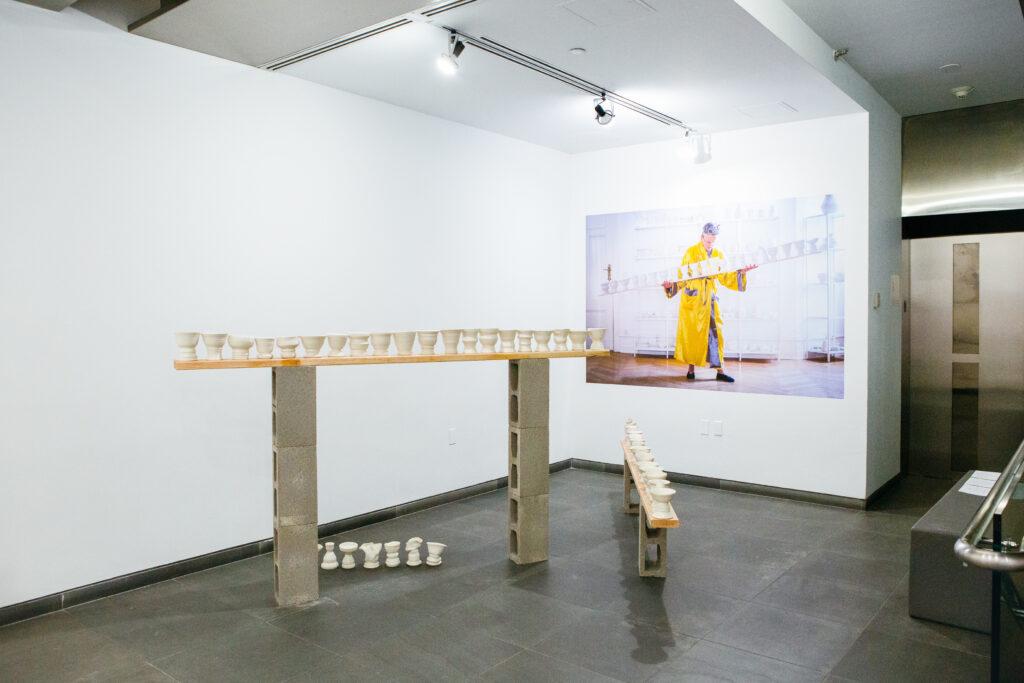 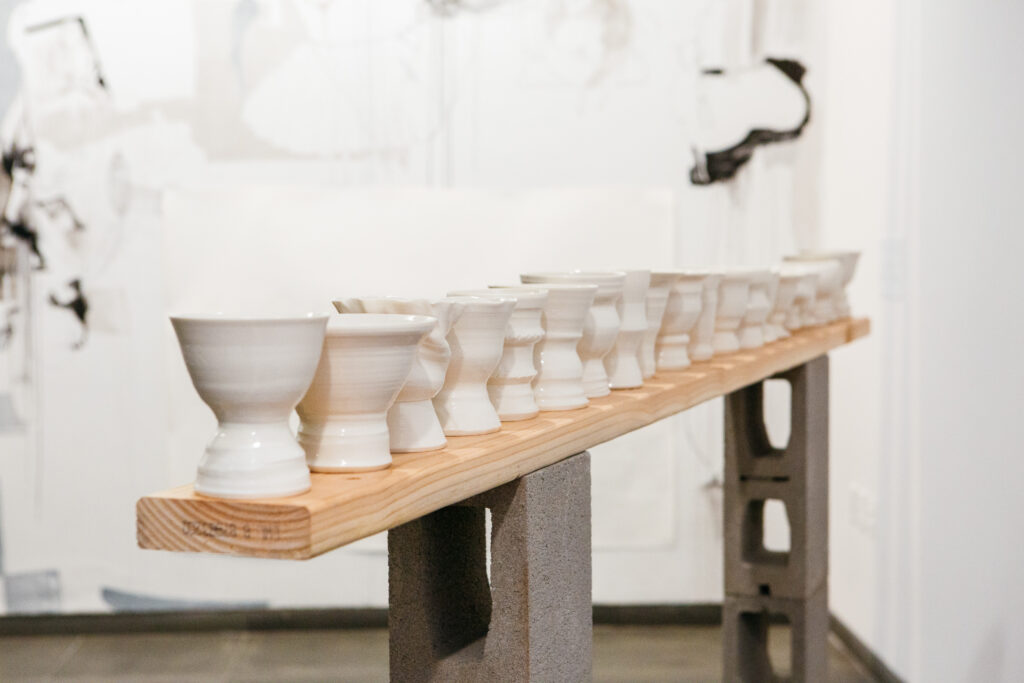 EXHIBITION OPENING: TUESDAY, SEP 25, 2018 │6-8 PM
6-7 PM │ARTIST TALK
w/ Sabine Fellner, Wendy Vogel, and exhibiting artists Uli Aigner and Sevda Chkoutova
7-8 PM │RECEPTION w/ live music featuring Dida Pelled
The group exhibition Women.Now showcases seventeen contemporary female artists based in Austria and the United States. The artworks on display unite artists from different generations and offer a poignant commentary on women’s role in society and the arts, using a wide range of media including film, painting, pottery, and installation art. Join us on Tuesday, September 25 for an artist talk at 6pm with curator Sabine Fellner, Wendy Vogel, and exhibiting artists Uli Aigner and Sevda Chkoutova, followed by the possibility to view the exhibition for the first time. Starting at 7pm, the reception will feature live music with Dida Pelled (guitar, vocals). She will present The Lost Women of Song, where she interprets remarkable songs by underground female artists whose work is hardly known, from Connie Converse and Elizabeth Cotton to Molly Drake and Norma Tanega.