The Austrian Cultural Forum New York is pleased to present the special exhibition Drawing Against Oblivion in the framework of the Austrian Commemoration Year 2018. From May 23 to June 15, Austrian artist Manfred Bockelmann shows a selection of his large-scale portraits of children and adolescents who fell victim to Nazi terror. With these works, Bockelmann seeks to create “signposts against forgetting.” He desires to “give faces to at least a few names and numbers, lifting a few individuals out of the anonymity of statistics.”

Bockelmann deliberately chose simple materials for this project, opting for charcoal on jute canvases. The portraits are based on police shots taken by Nazi authorities, some of the children were already wearing the infamous broad-striped convict’s suits and had their heads shaven. Whereas the photographs meant to show “the others” and were taken to emphasize their dissimilarity, Bockelmann’s charcoal drawings point to the “sameness” in the depicted children and the beholder. The artist aims to make viewers aware of their own humanity, not only with respect to the past, but also to the present. The expressions of the depicted young people strike a chord with the visitors standing in front of the drawings. They evoke a sense of kinship, even of identity, which forms the essential basis of human ethics.

A continuous loop screening of Bockelmann’s film Nachtfahrt (AT, 2013) is part of the exhibition. In a nightly drive through Vienna, Bockelmann projected his large-scale charcoal drawings onto the facades of houses. The depicted children and adolescents were mostly expelled from their homes at night.

Born in 1943 in Klagenfurt, Austria, Manfred Bockelmann has presented his work in more than a hundred solo exhibitions in galleries and art fairs around the globe. Starting his career as a freelance photographer, the camera eventually became the “sketchbook” for his painterly oeuvre. After an extended period of abstract oil painting, he now focuses his attention on representational drawings using charcoal on canvas. His art project Drawing Against Oblivion has received international attention, including its inaugural exhibit at the Leopold Museum in Vienna in 2013 and its exhibition at the German Bundestag in Berlin to commemorate the 70th anniversary of the liberation of Auschwitz, in 2015. Bockelmann lives and works in Carinthia, Austria and Munich, Germany. www.manfred-bockelmann.de 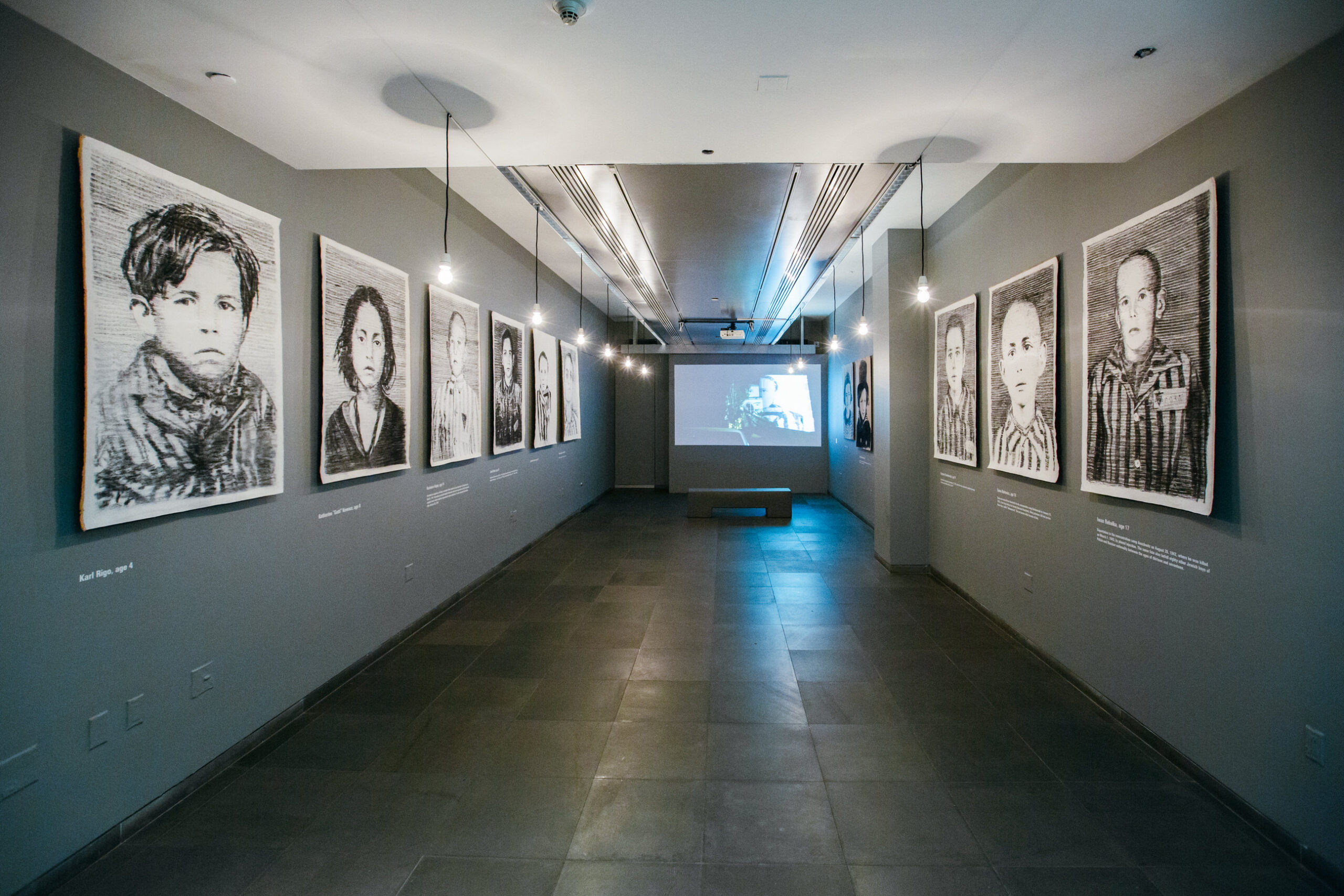 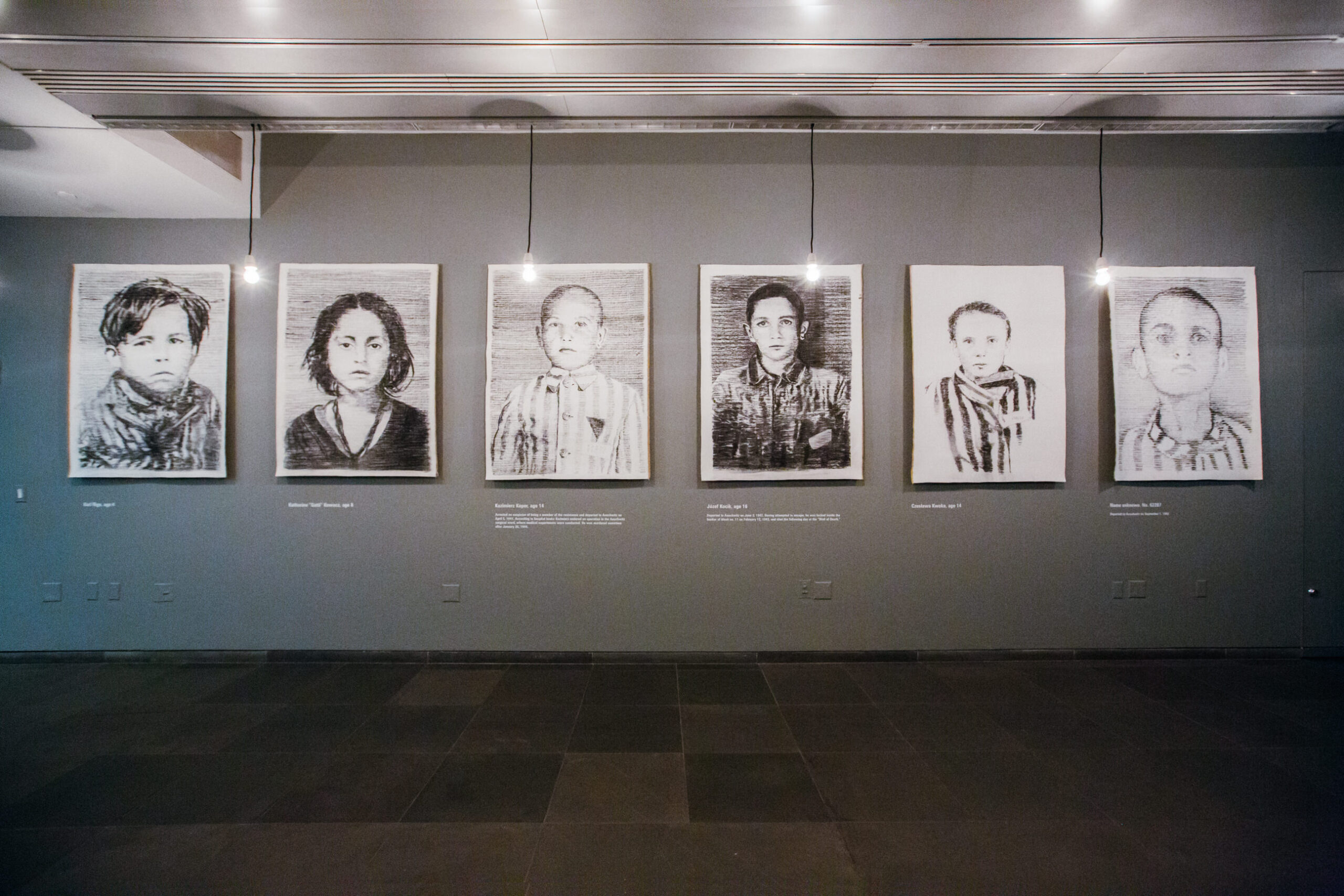 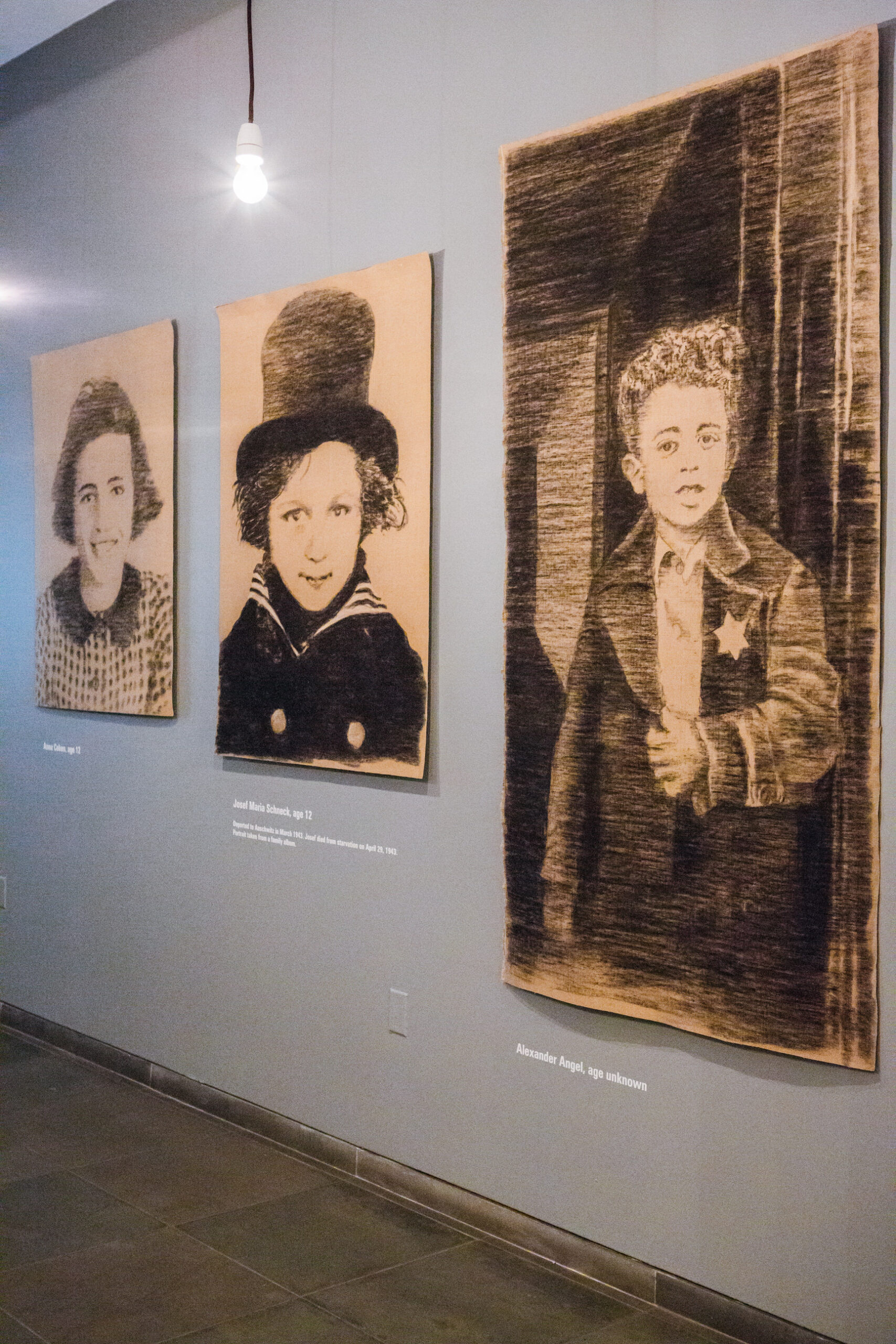 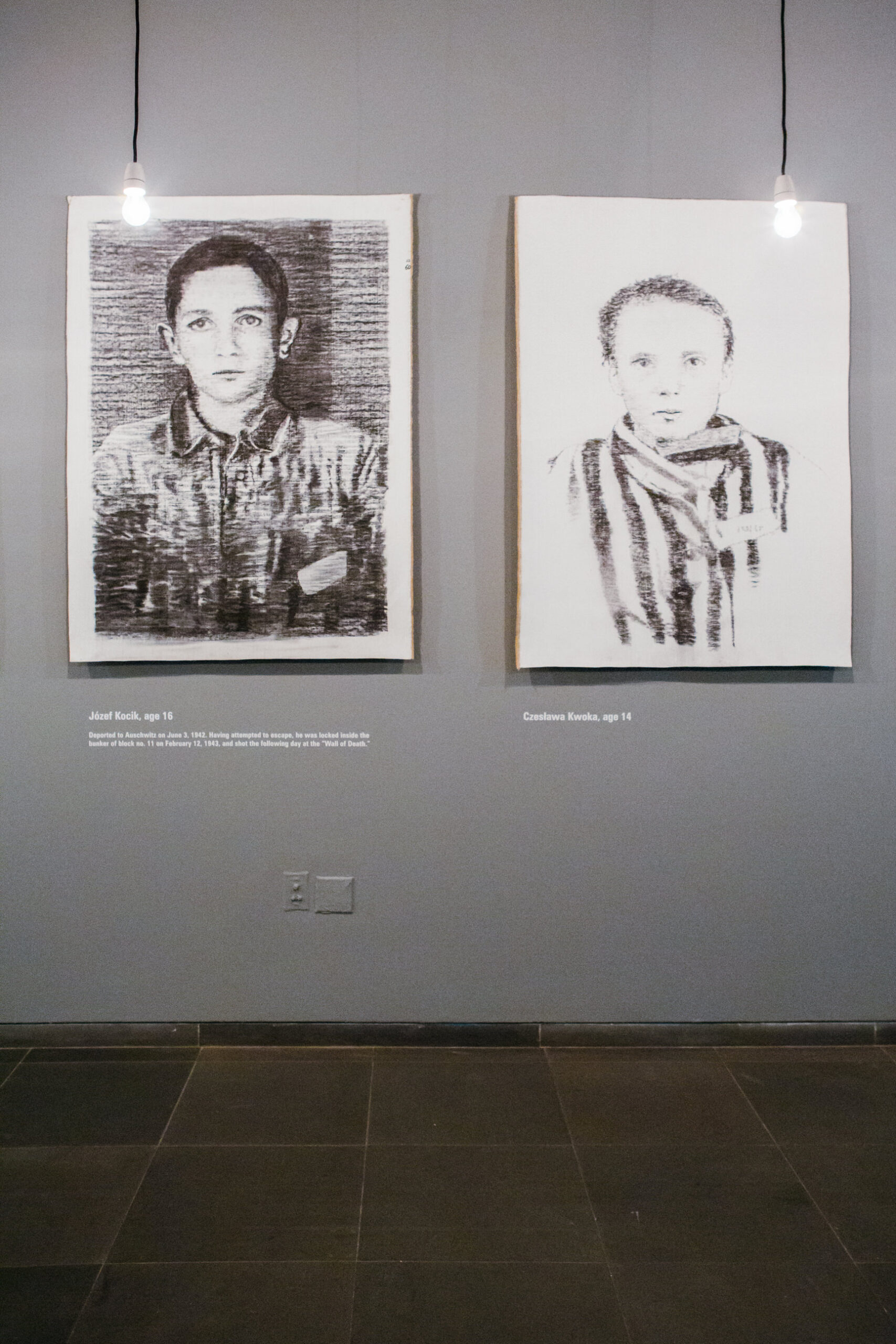 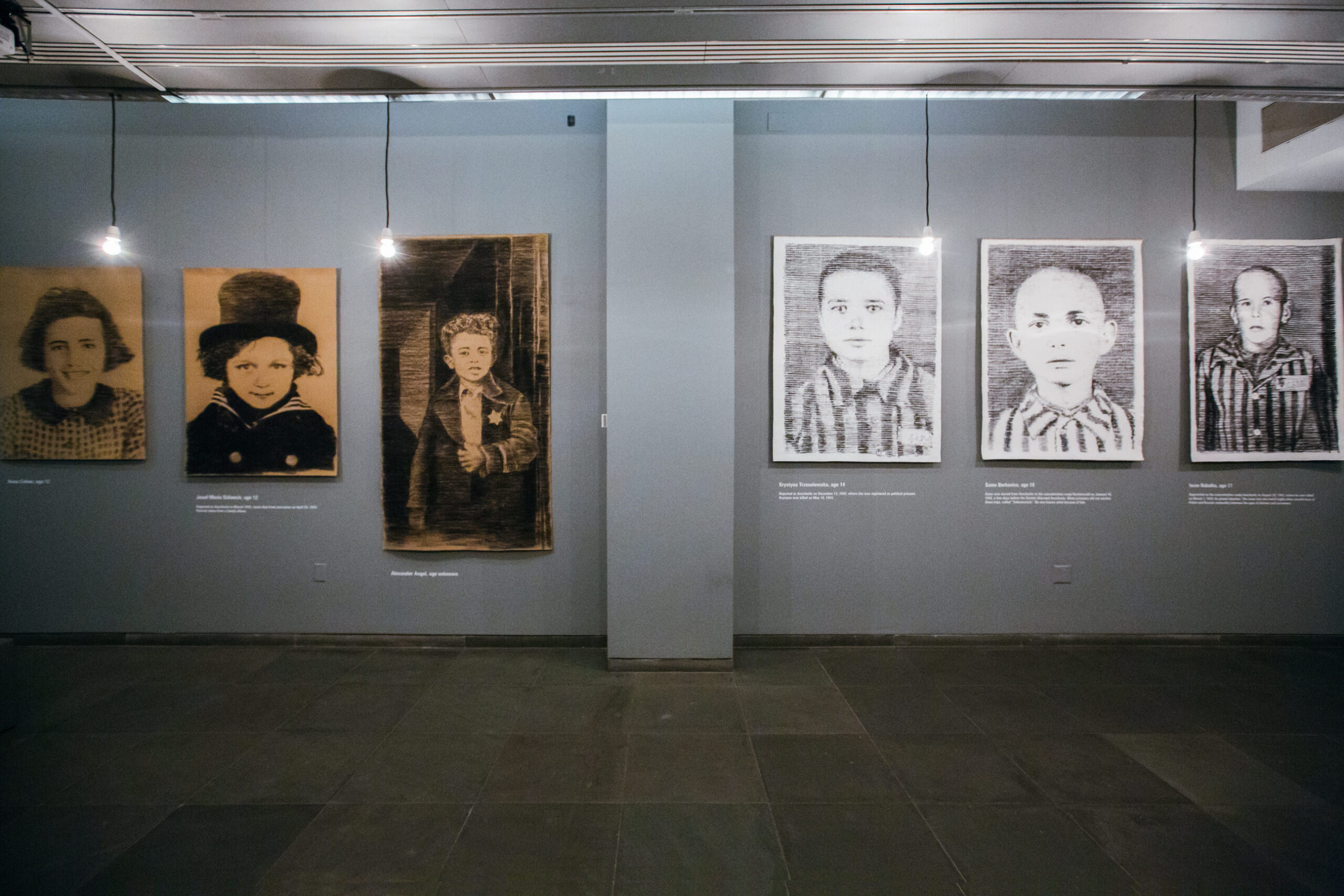 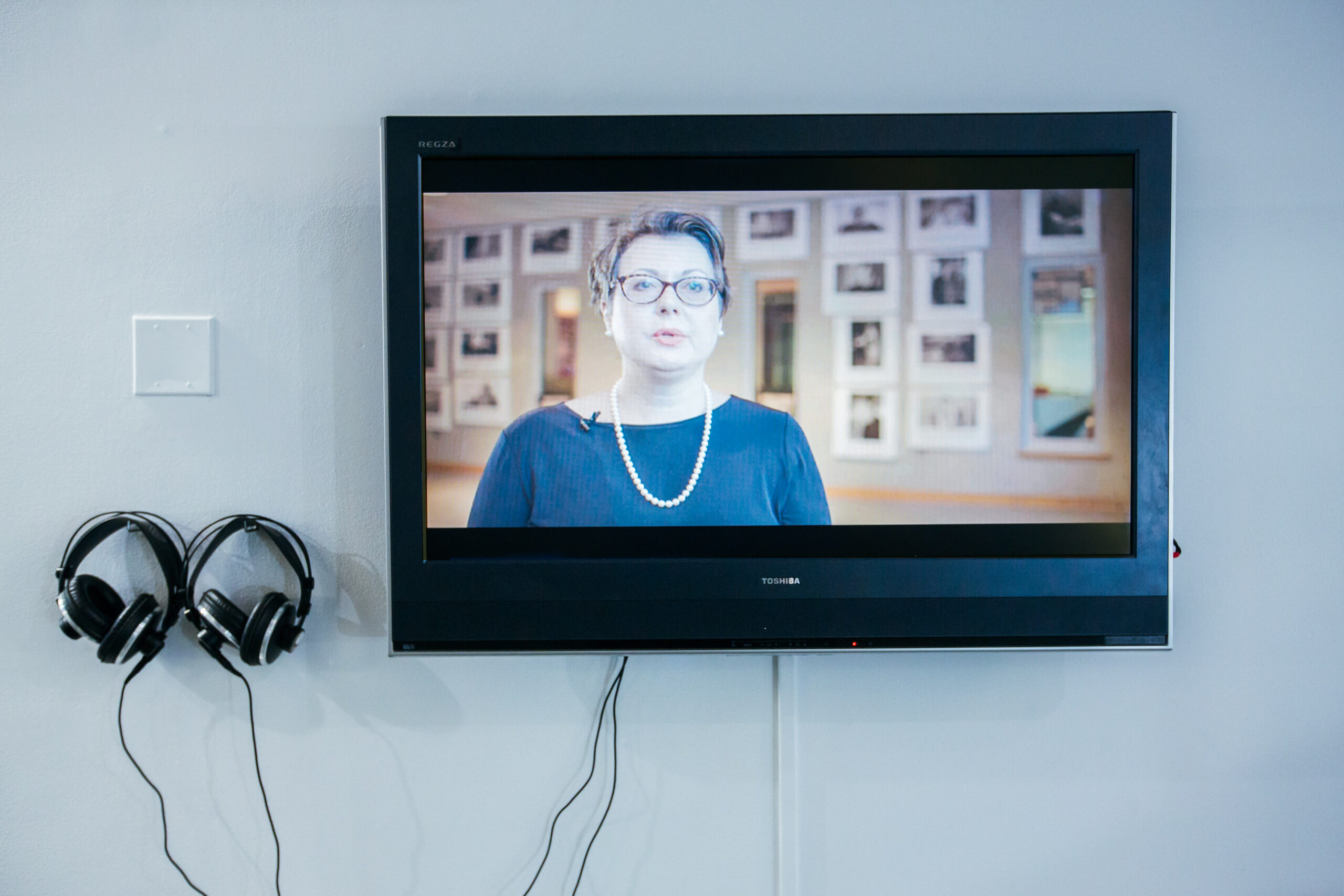 The exhibition opening features a screening of the documentary Drawing Against Oblivion (2015), which narrates Manfred Bockelmann’s development of the not-for-profit exhibition project. A film crew accompanied the artist for 18 months before the project’s first presentation at the Leopold Museum in Vienna, capturing his visits to the Auschwitz concentration camp and archives in the United States. The screening is followed by a Q&A. www.drawing-against-oblivion.com