Spaces of No Control

The Austrian Cultural Forum New York is pleased to present Spaces of No Control, an international group exhibition exploring the notions of the modern city and its signifying dystopias of the 20th and 21st centuries. Supported by the Austrian Federal Ministry for Arts, Culture, the Civil Service and Sport, and curated by Walter Seidl, this multifaceted show unites contemporary artists based in Austria and the United States to comment on the current definitions of citizenship and public space.

Over the past five decades, public space and architecture have changed drastically as a result of modern technology and its influence in gentrification. The precision of technology no longer requires authorship nor a tangible physical presence to document reality. The more advanced technology grows, the more control investors have in ownership of urban planning, as citizens are gradually forced to forgo their authority and waive their access to public spaces. In light of these dynamics, New York and other large cities have been under constant artistic scrutiny as a result of these municipal changes that call for permanent control, often marked by capitalist trends.

Spaces of No Control’s featured artists examine the histories of specific places and create a narrative on the defining architectural and social impressions over the urban structure. The core of the show lies in photographic examinations of cities and their social strata, which are then transferred onto other media thereby engaging viewers to reflect on how to circulate with this new reality. The exhibition analyzes city planning – initially intentioned to optimize rather than reorganize society – and the results of its complex history.

Works in the ACFNY’s iconic building’s lobby include Kay Walkowiak’s video, Minimal Vandalism, which shows a skateboarder skillfully leaving traces onto art installations, bringing to light the essence of minimal art and how these works are perceived within public spaces and often treated with irony. Francis Ruyter’s experimental paintings address the mechanical nature of the digital era, which hinders independent action and forces individuals to give in to the internet’s dynamics and evolving demands.

In the Lower Mezzanine, Taryn Simon’s collection confronts the divide between those with and those without the privilege of access, and reveals that which lies hidden and out-of-sight within the borders of the United States. Located in the Upper Mezzanine is VALIE EXPORT’s short film, Syntagma, created in the 1970s to investigate the body as a membrane between the self and the public, contemplating how the female body is inscribed into society.

The building’s Upper Gallery includes a short documentary of Hans Haacke’s controversial work, And You Were Victorious After All, entirely burnt down by neo-Nazi groups in Graz, Austria, in 1988 despite constant surveillance. His work provides a telling example of the artist’s ultimate belief that citizens have no control over their contributions within public space. In this sense, Haacke’s documentary can be considered one of the most significant and resounding contributions to Austrian art history.

Concluding the exhibition, the main gallery includes Sabine Bitter/Helmut Weber’s Performing Publicness, a photographic representation of the Park Avenue Plaza that analyzes the particularities and contradictions that lie in the private ownership of New York’s public spaces. Finally, Tony Cokes’s video-sound installation interrogates the ways in which political and social articulations in cities are driven by the media and preconceived image reproduction.

Walter Seidl is a curator, artist and critic based in Vienna. Having studied cultural studies (MA) and contemporary history (PhD) at universities in Graz, Seattle, Paris and New York, his work deals with the transformation of image politics and the inherent identity constellations. Seidl curated numerous exhibitions throughout Europe, North America, Hong Kong, Japan and South Africa. His writings include various catalog essays for artist monographs, exhibition reviews, and criticism. Seidl contributes to several international art magazines, most frequently to Camera Austria International, where he is also board member and curator.

On October 1st, virtual gallery opening of Spaces of No Control was launched on the ACFNY YouTube Channel. This livestream event included a sneak peek of the works of the featured artists, statements by ACFNY Director Michael Haider and curator Walter Seidl, and personal remarks by several artists regarding their artwork & inspiration. 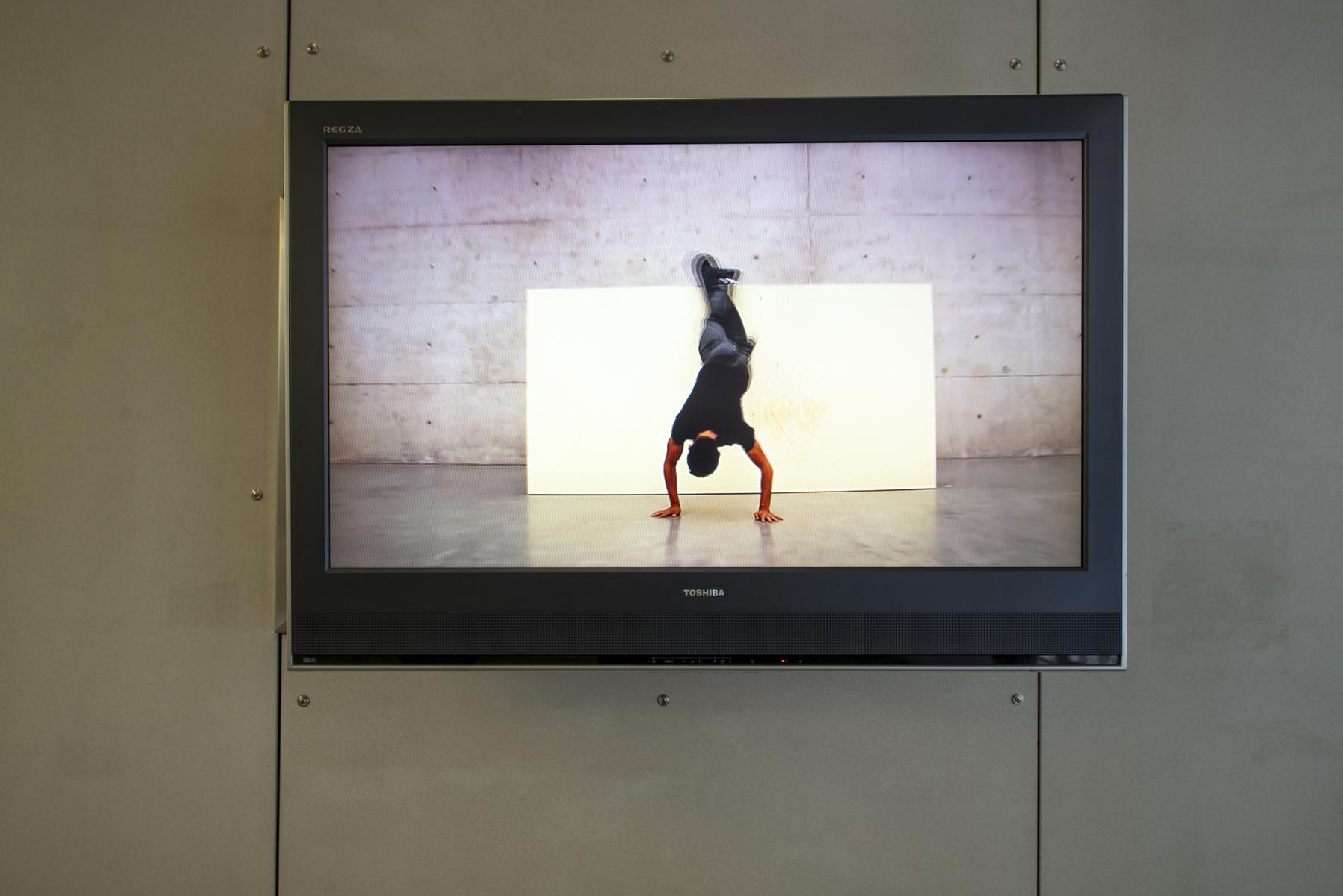 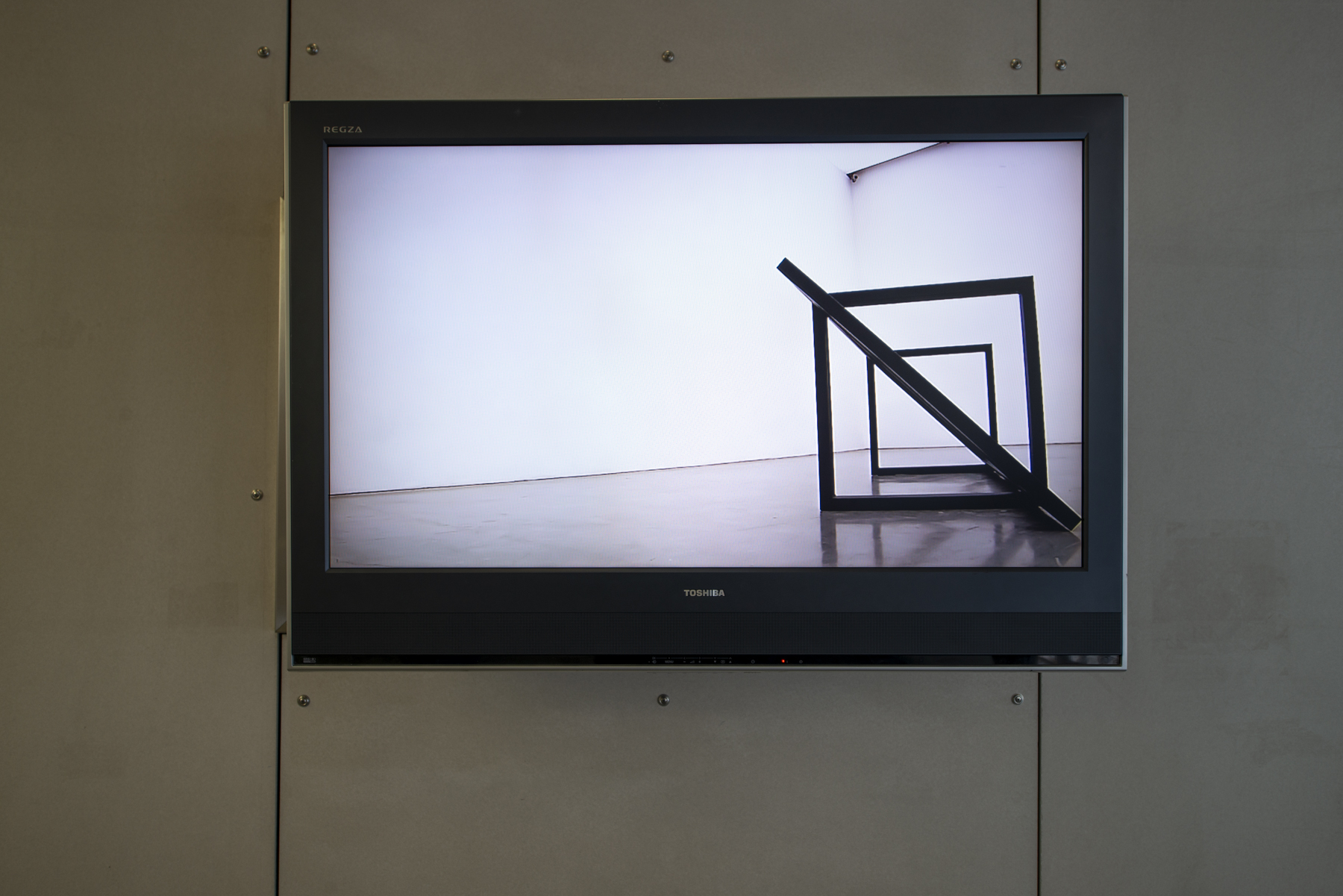 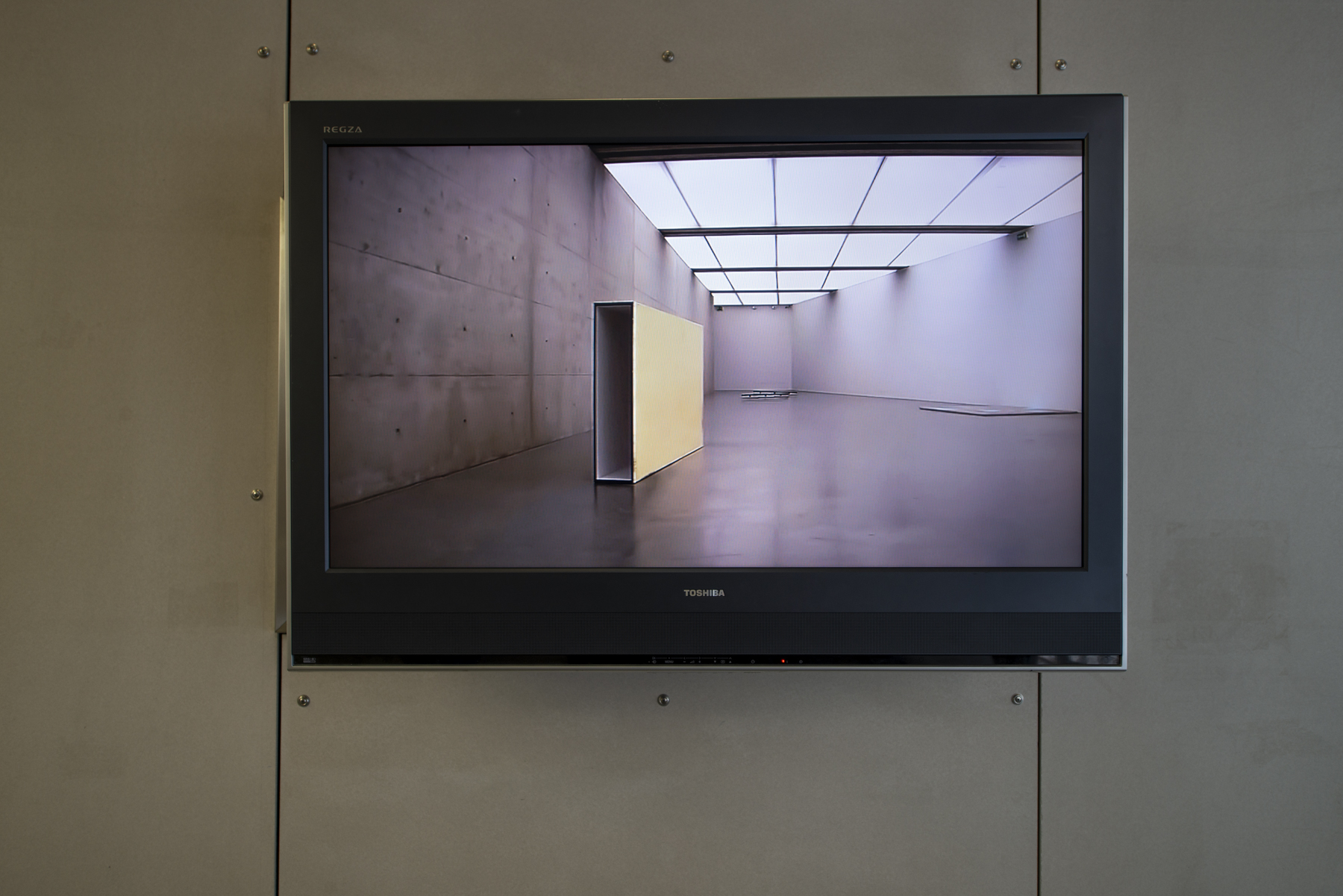 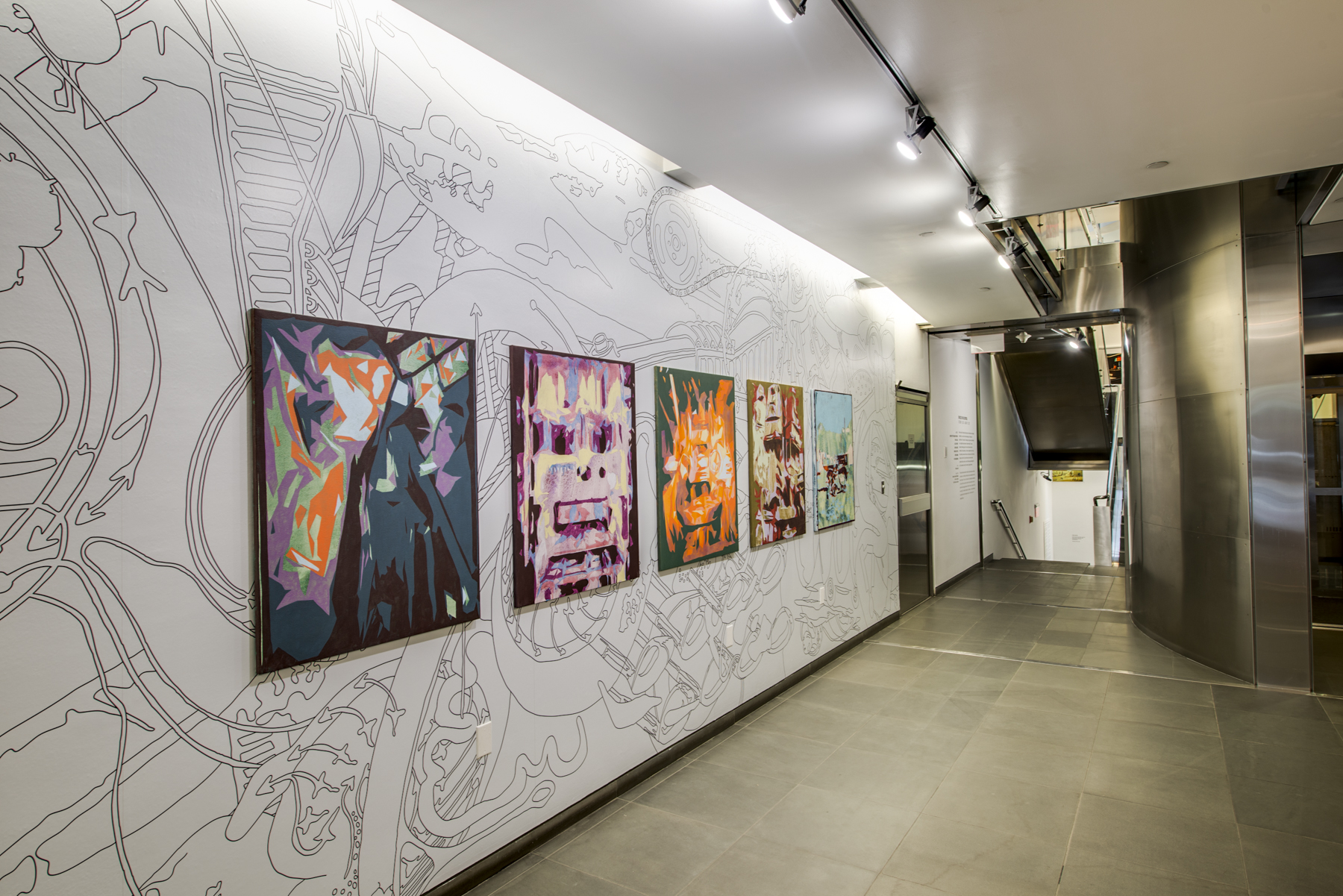 Alfred T. Palmer: Conversion. Automobile plant. Assembling oil distribution pipes to back shaft, flywheel, and clutch mechanism bearings of a huge 90T96 Cleveland press being relocated to perform a major operation on hood panels for 4 x 4 army trucks. The 120-ton machine was moved piece by piece from another plant that is being completely dismantled for conversion to other war production. Chevrolet Motors, Detroit, Michigan, 2018 Acrylic on canvas

Edward Gruber: Conversion. Merry go-round plant. These hands and this machine used to turn out merry-go rounds to gladden the hearts of the nation’s children. The carrousel plant in which they work is now engaged in producing war parts on subcontracts from army and navy contractors. While a plant officer looks on, machinist Arthur Greaces operates a Bickford vertical boring machine formerly used in the production of merry-go rounds, now used for war work. He is machining a sheaf ordered as part of a sub-contract on maritime work. Spillman Engineering Company, North Tonawanda, New York, 2018 Acrylic on canvas

Alfred T. Palmer: Conversion. Automobile industry. This special purpose multiple drill formerly used in assembly of automobile parts, cannot readily be converted to war production. Unless some specific wartime use is found for it, the machine will be stored for the duration. The Plymouth Company, Chrysler Corporation, Detroit, Michigan, 2018 Acrylic on canvas 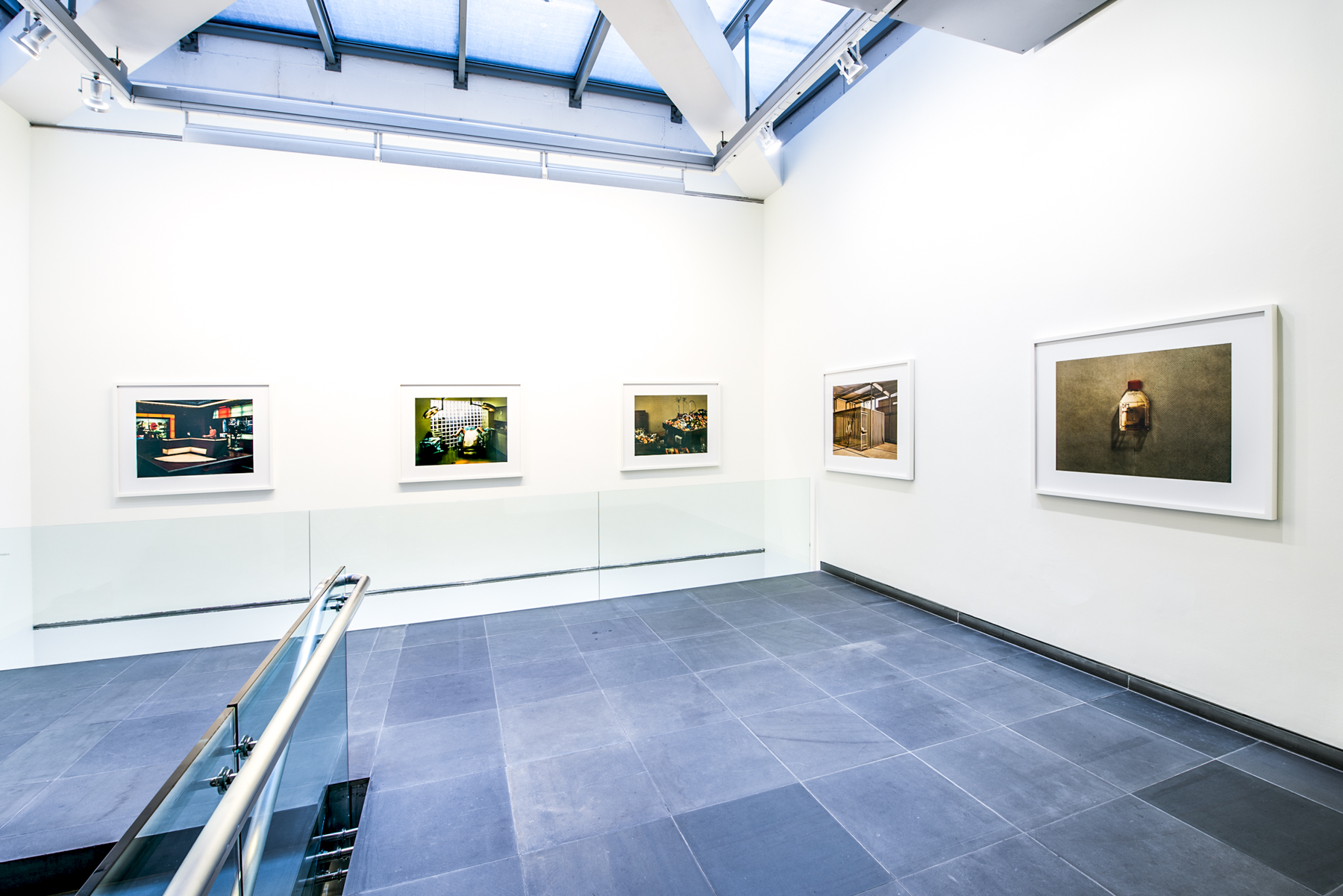 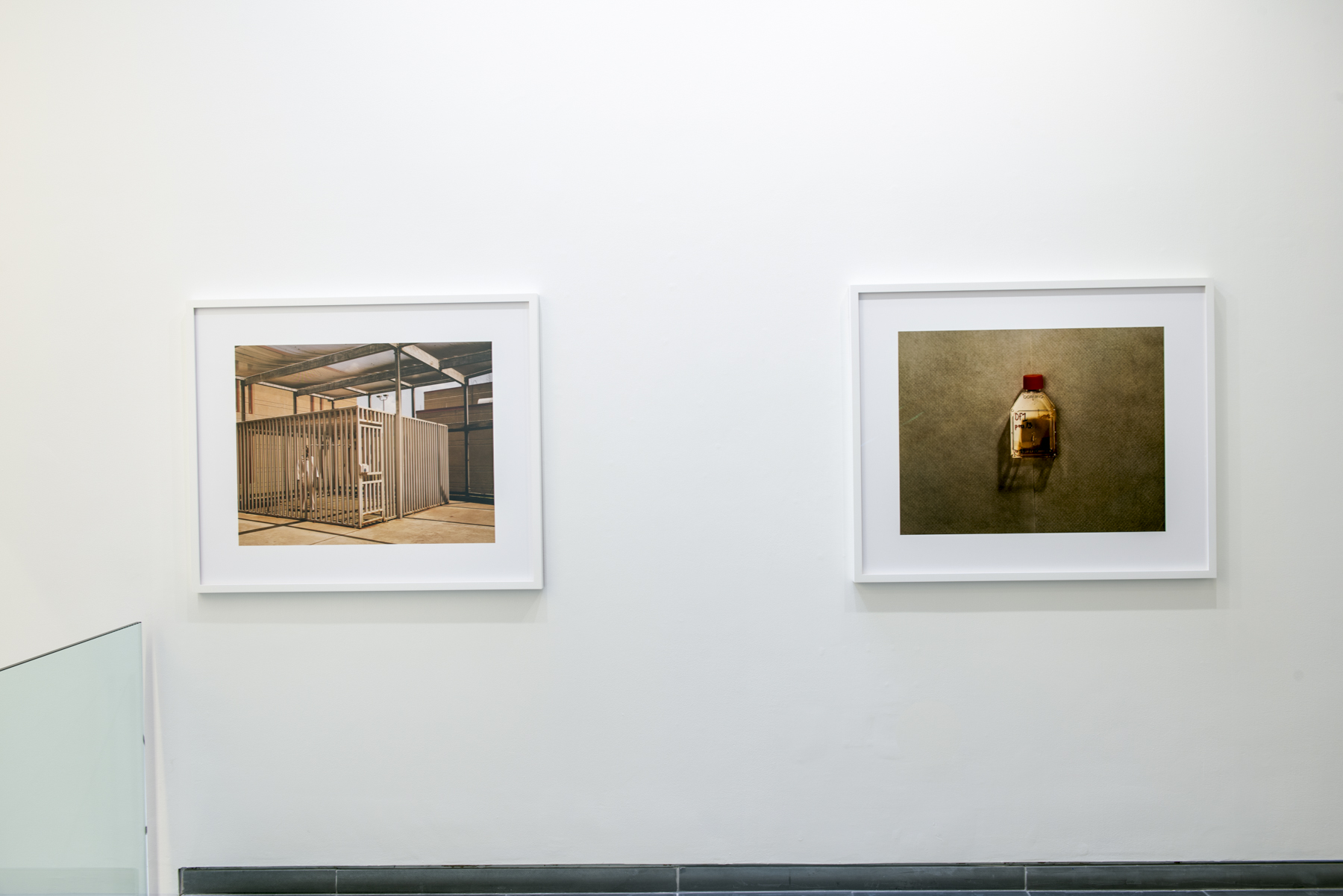 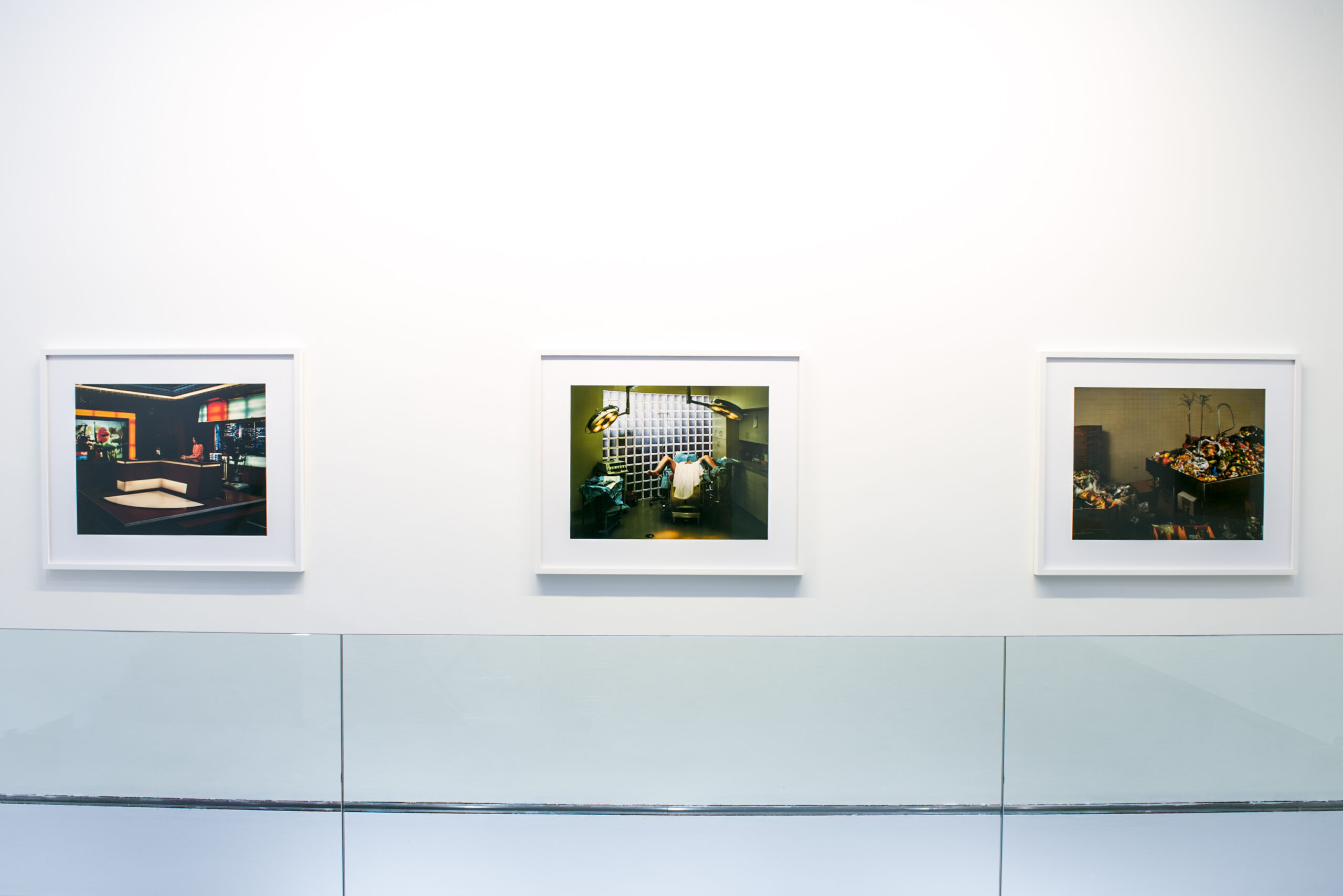 TARYN SIMON
From the series: An American Index of the Hidden and Unfamiliar, 2007 Archival inkjet prints
Courtesy of the artist and Gagosian, New York 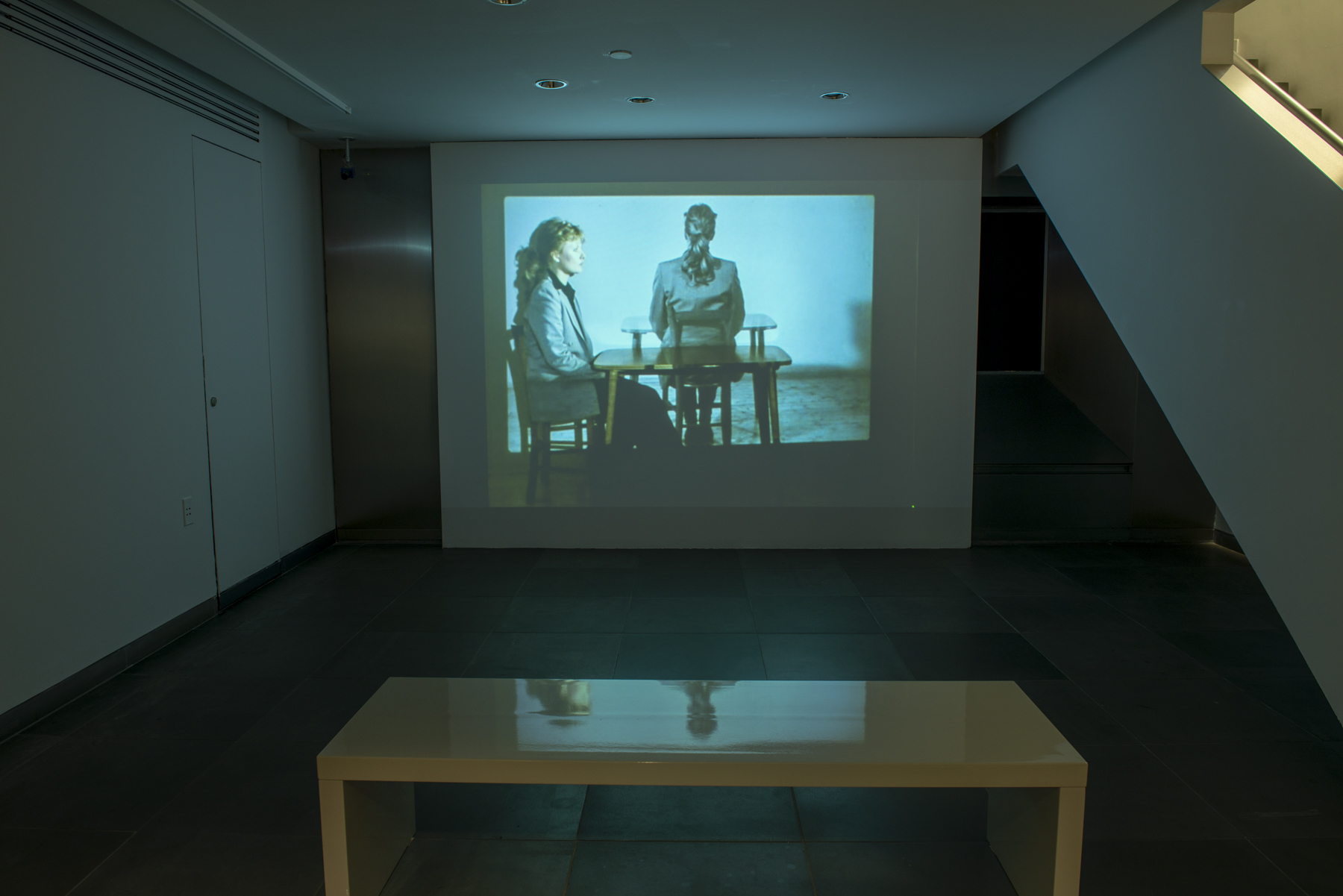 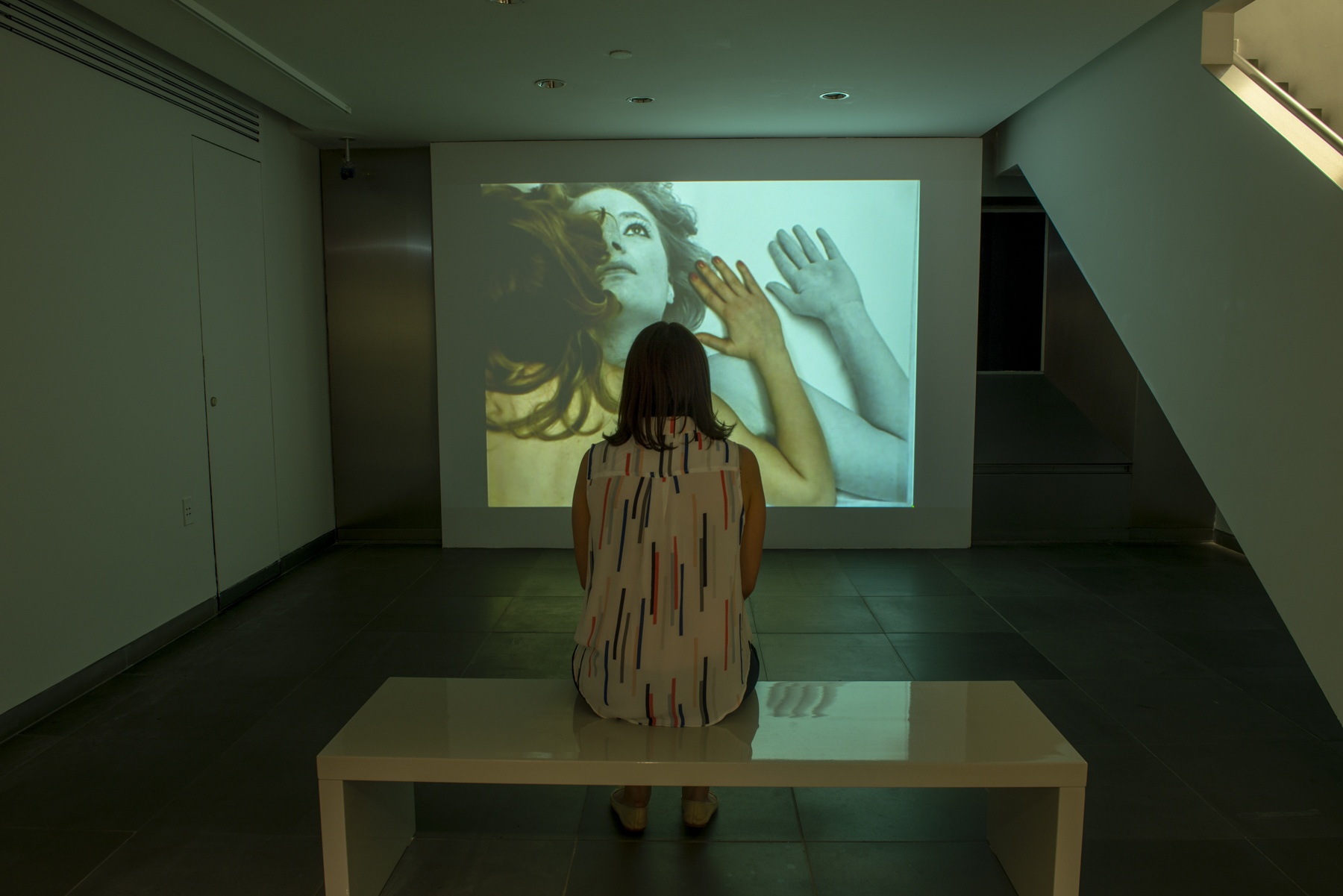 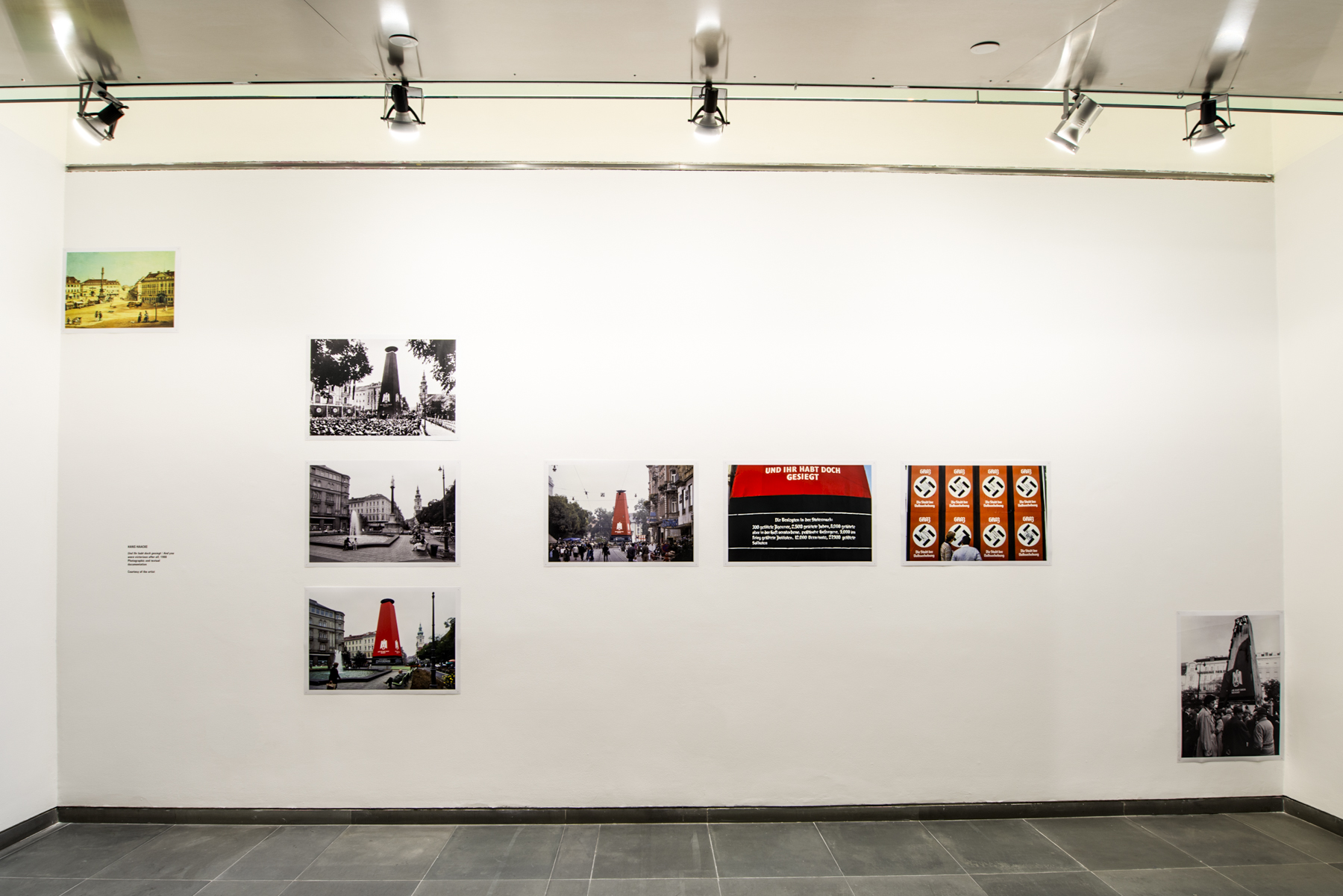 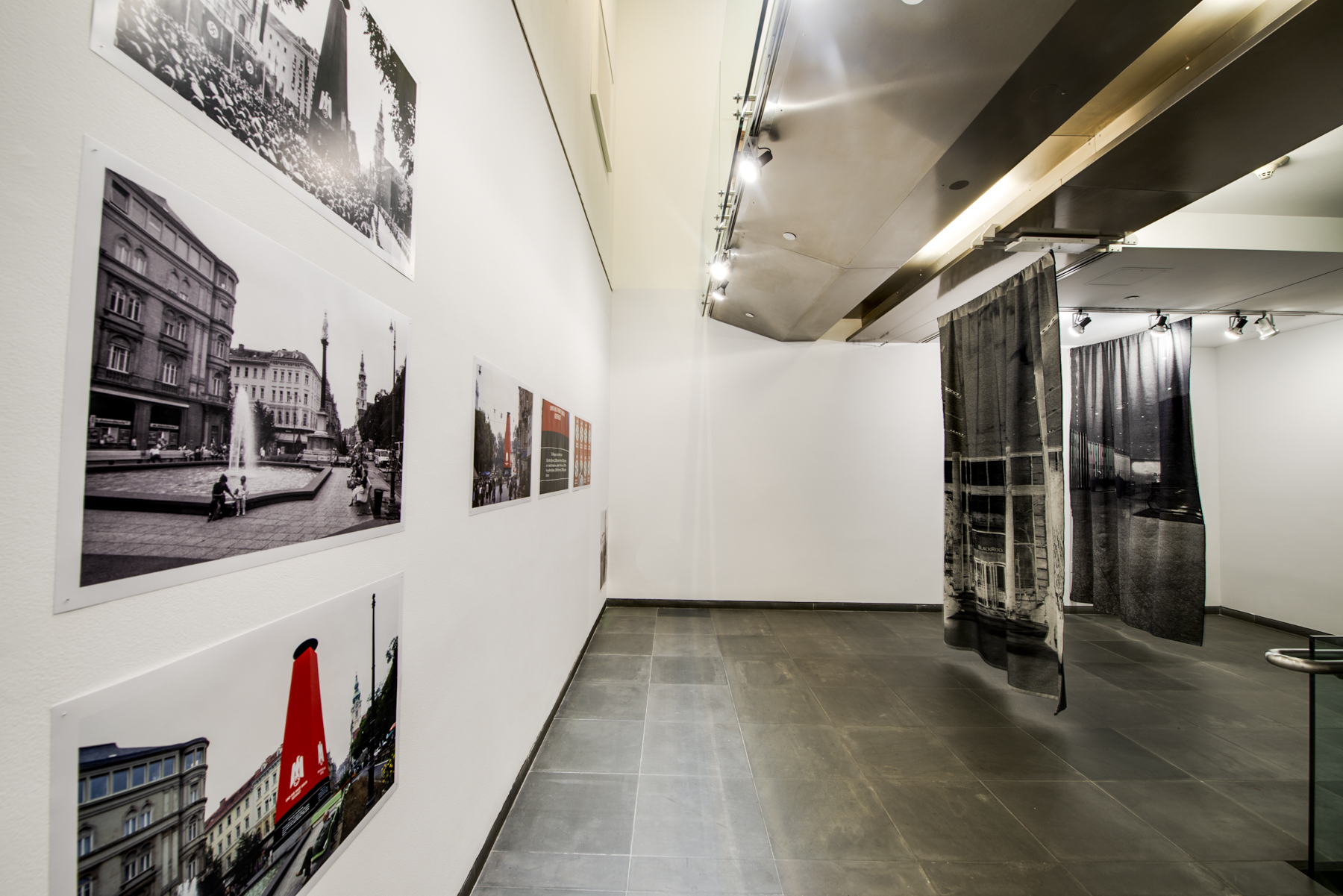 HANS HAACKE
Und Ihr habt doch gesiegt / And you were victorious after all, 1988
Photographic and textual documentation 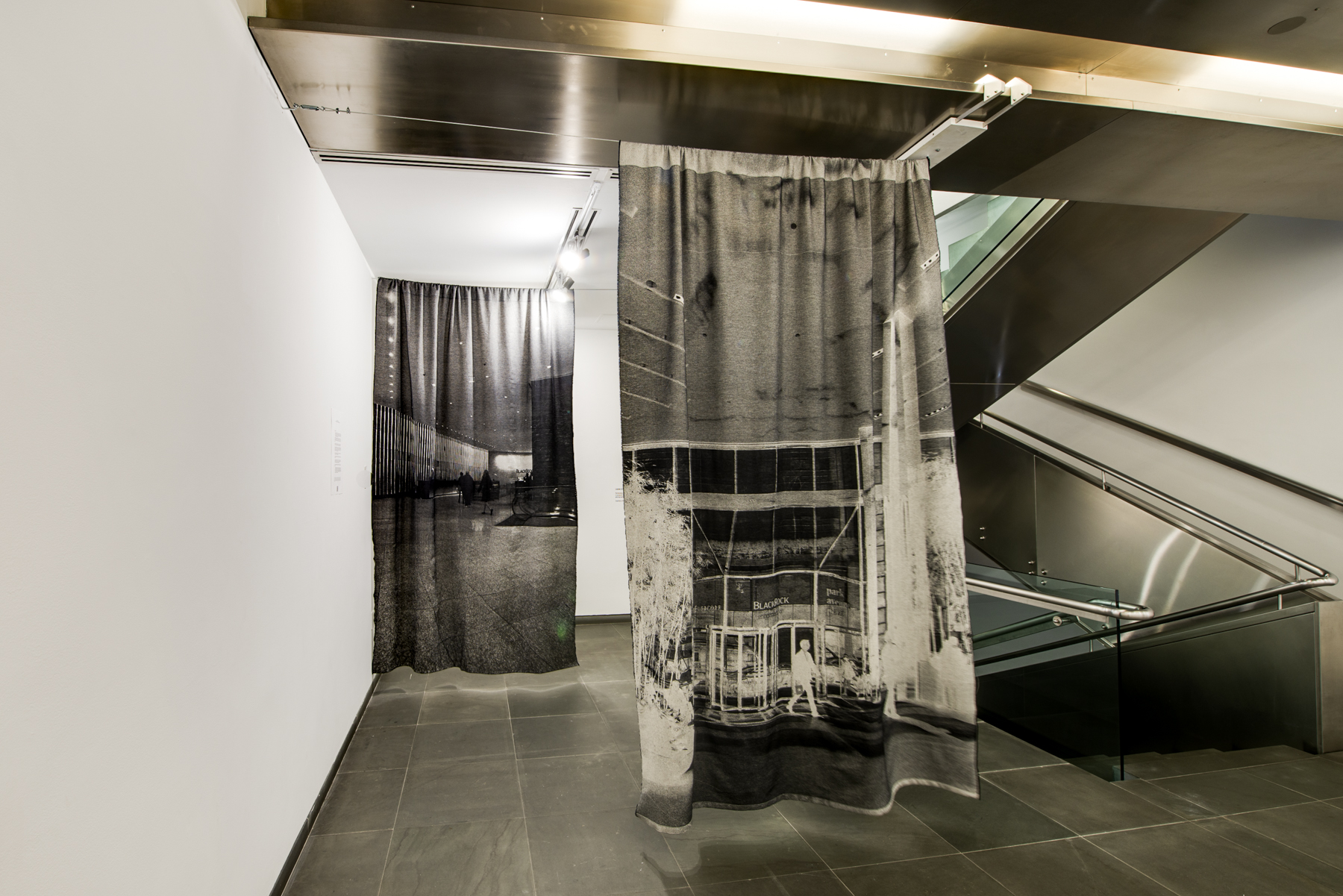 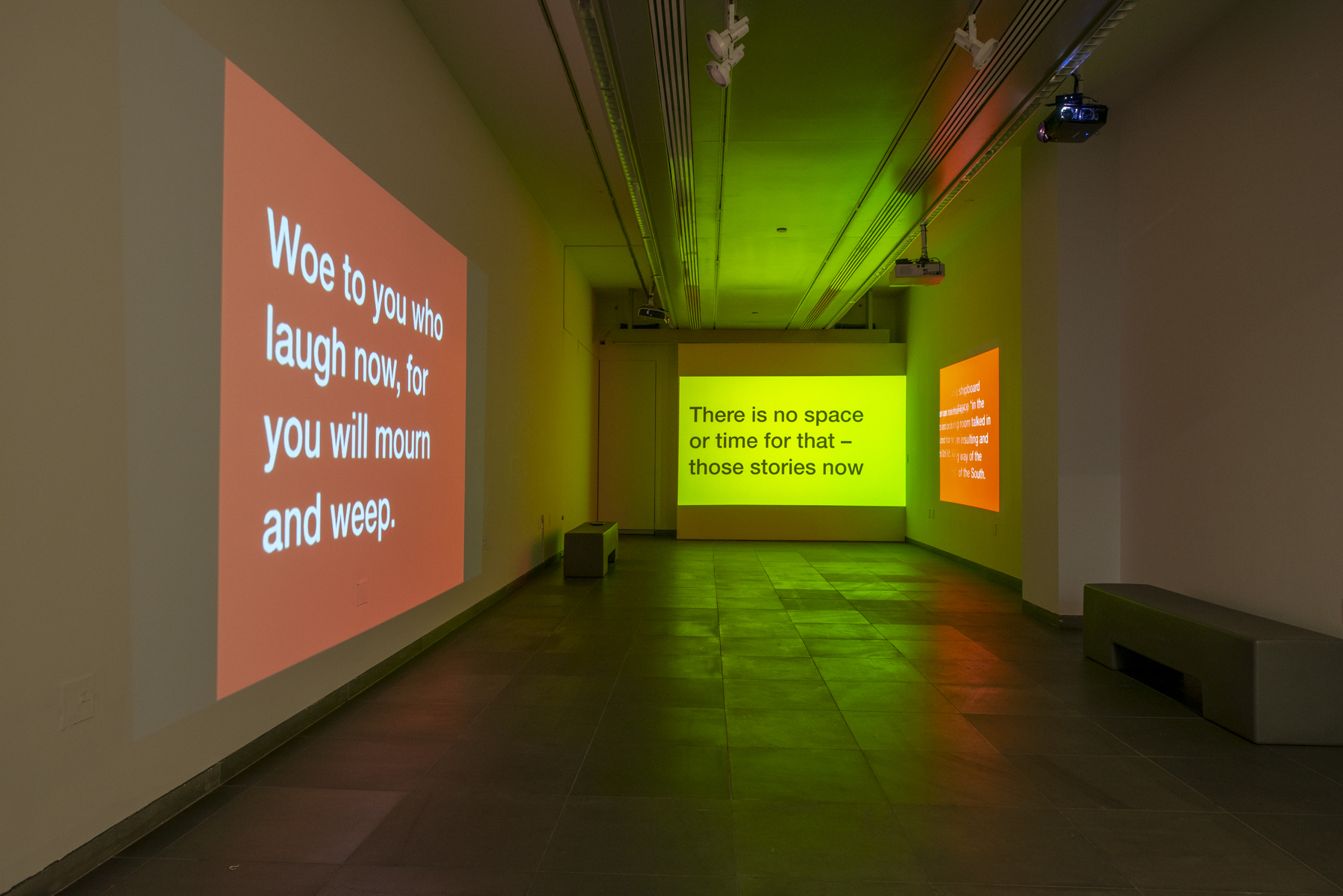 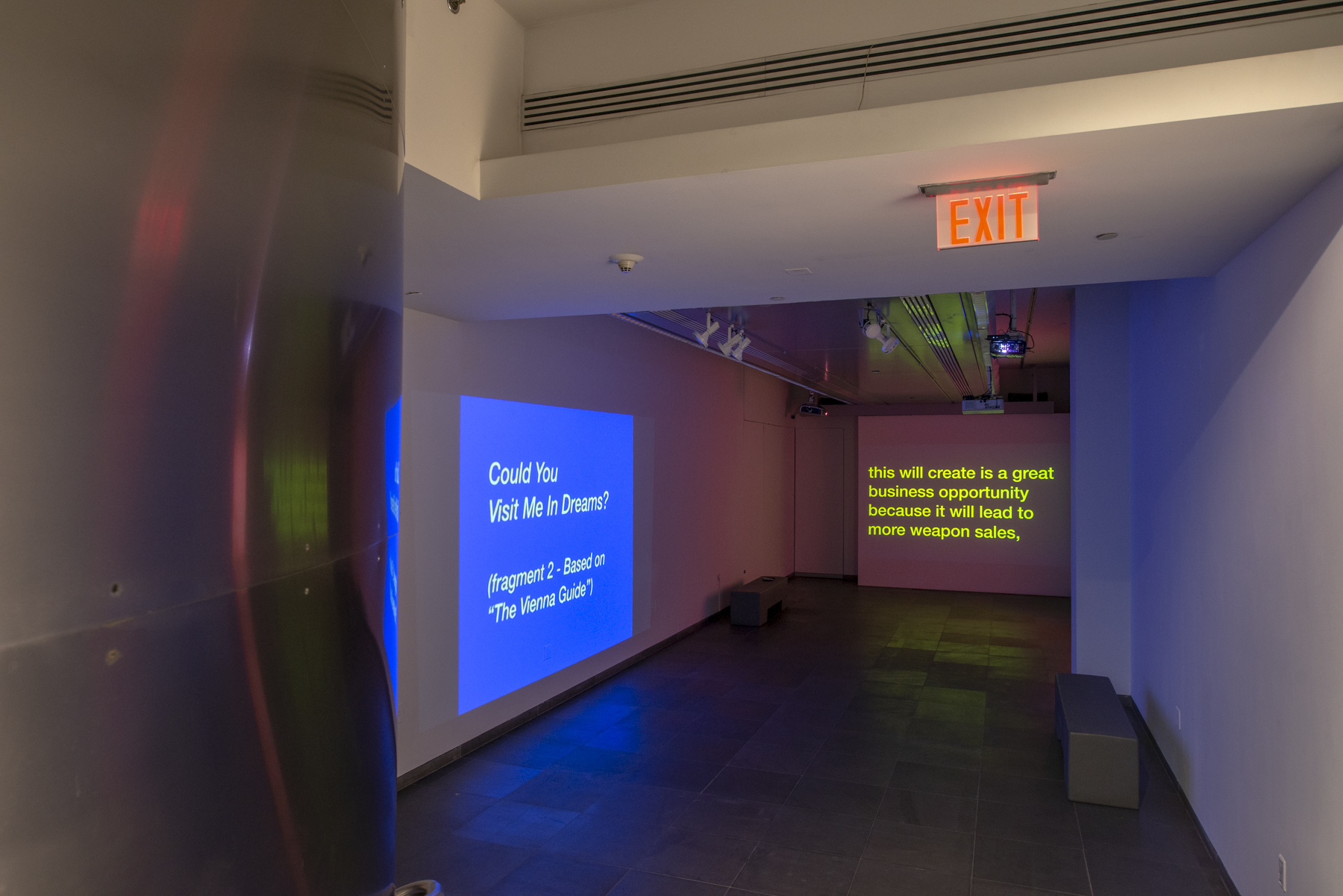 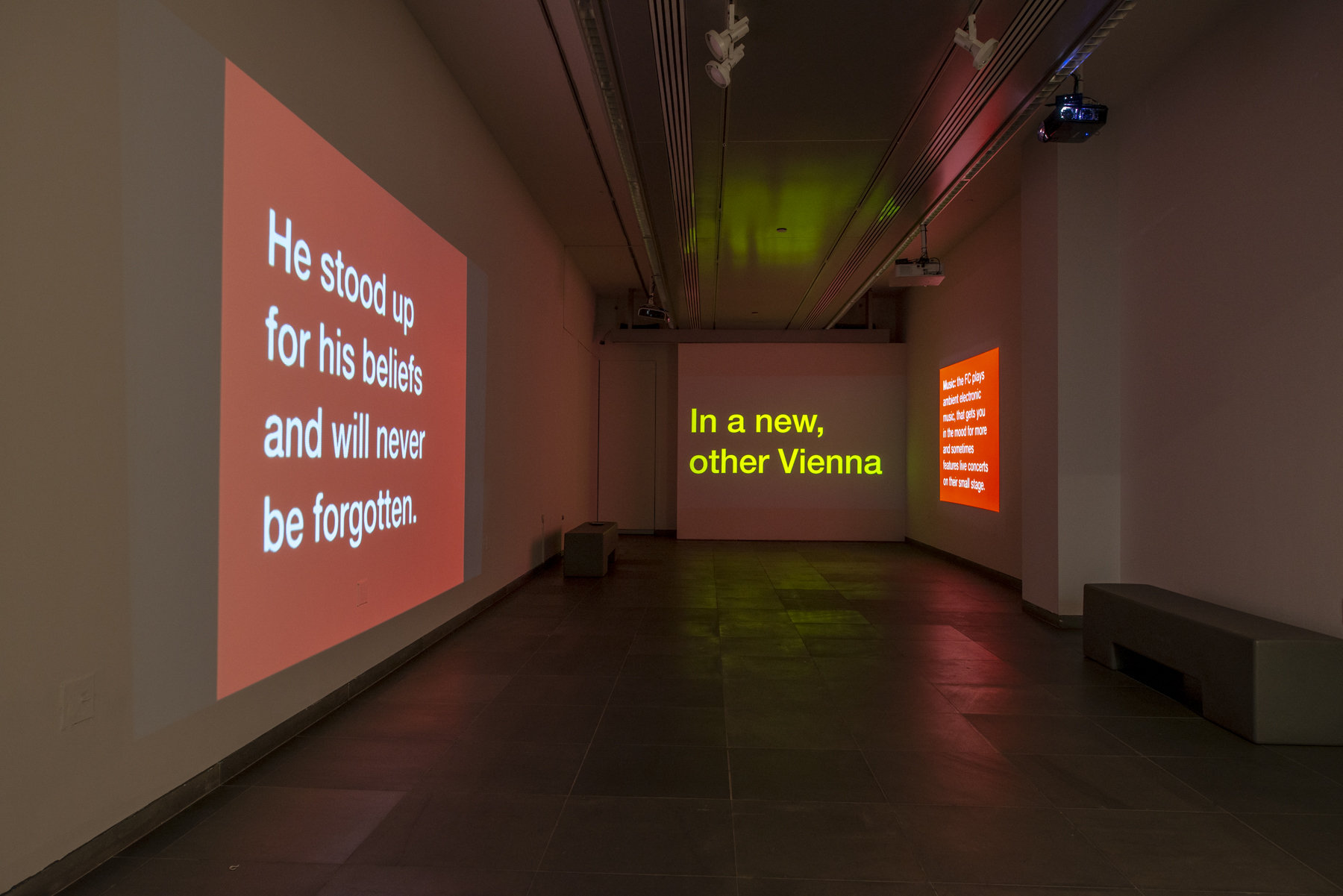 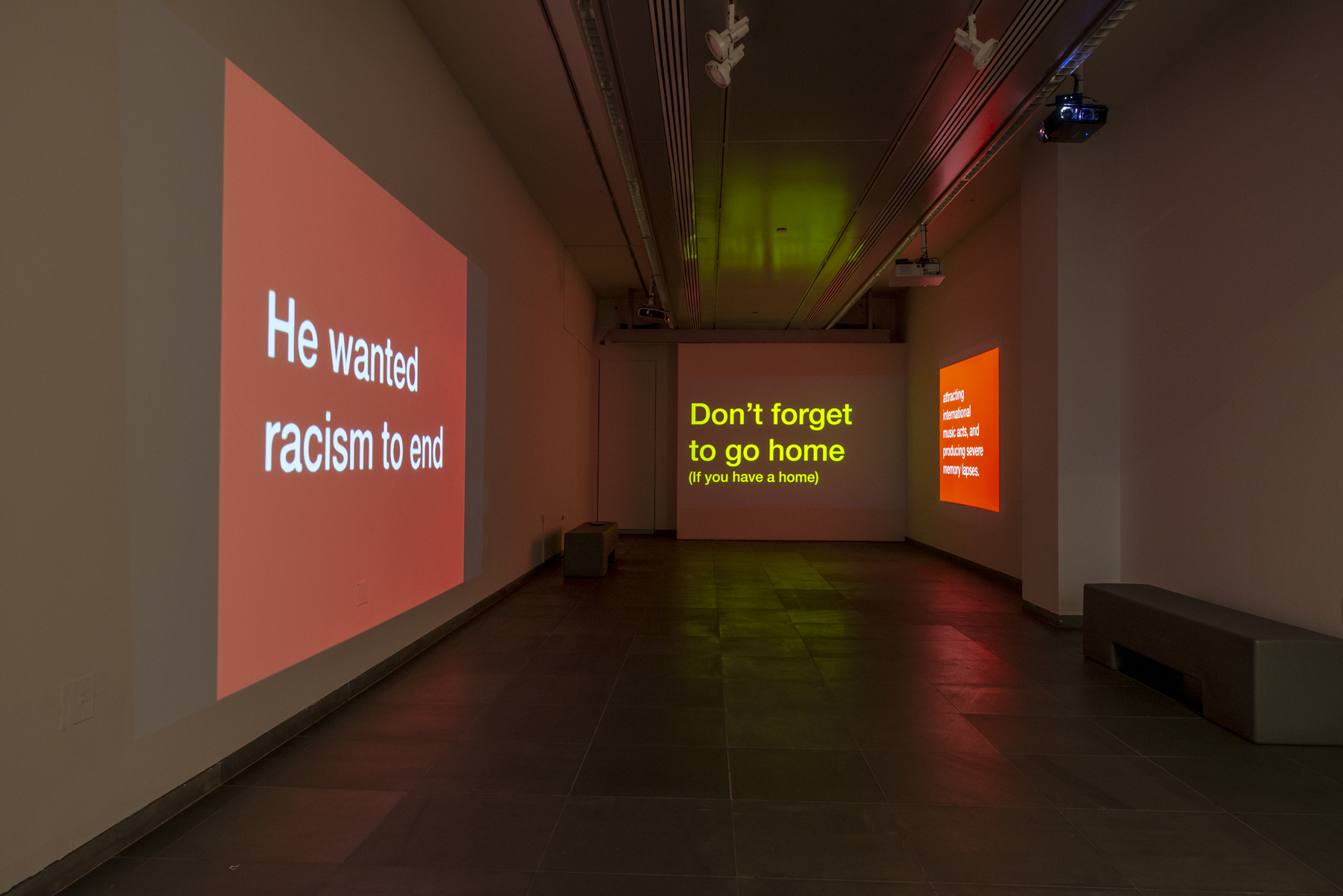