Presented in cooperation with the Jewish Museum Vienna

The Austrian Cultural Forum New York is pleased to announce the presentation of Three with a Pen: Lily Renée, Bil Spira, and Paul Peter Porges featuring works by the three Jewish artists driven from their homes in Vienna after the German annexation of Austria, the so-called “Anschluss,”, in 1938. On view March 11 through September 3, 2021, the exhibition showcases examples of their signature work in comic books, New Yorker cartoons, Mad magazine spoofs, caricatures, portraiture, fashion design, advertising, and children’s books, among other formats. Biographical material and ephemera amplify the artists’ personal stories of survival and, in part, help contextualize their professional achievements.

The exhibition, organized by the Jewish Museum in Vienna, intentionally displays the artwork and biographical information separately so visitors may consider the quality of the artists’ output apart from their experiences during the war and the Holocaust. Depicting a range of subjects and using distinctive techniques, some works were intended to expose and ridicule Nazism and fascism and comment on political and historical events. Others reveal aspects of human nature and contemporary society—both in satirical terms and affectionately. Born in Vienna to Jewish parents, Lily Renée Willheim (b.1921), Wilhelm Spira (1913-1999), and Paul Peter Porges (1927-2016) each showed early promise as artists. When Nazi Germany annexed Austria in 1938 and the persecution of Austrian Jews began, Willheim and Porges’ parents placed them on children’s transports to what they thought were safe havens—England and France, respectively. Spira was repeatedly arrested, escaped multiple times, and finally interned in concentration camps for the duration of World War II. Willheim and Porges eventually settled in New York and Spira in Paris where they made successful careers as illustrators and graphic artists.

The ACFNY Director Michael Haider said, “We are delighted to present this selection of work by these influential artists in New York City, where Lily Renée and Paul Peter Porges settled and where they launched their careers. While very different stylistically, they and Bil Spira produced a rich array of characters and stories based on current events, daily life, memories of Vienna, and their vivid imaginations. We look forward to welcoming visitors to our galleries and related programs illuminating the lives and practices of these three highly creative individuals who wielded mighty pens.”

Wilhelm (Bil) Spira was precocious, producing work for newspapers while still in high school. After graduating, he attended the School of Applied Arts and collaborated on an animated cartoon in Paris before returning to Vienna. Shortly after the “Anschluss”, he was arrested and ordered to leave the country. He returned to Paris where he worked as an illustrator for various publications and as a portraitist of fellow exiles. When Germany invaded France, he escaped to Marseille. There he met Varian Mackey Fry from a New York-based organization helping to address the refugee crisis. Spira put his talents to work by forging identification papers and passports thereby helping save many. Betrayed by an associate, he spent the rest of the war in internment and concentration camps. He exchanged for cigarettes several drawings documenting life in the camps to a British POW with whom he was interned, examples of which are on view in the exhibition. Liberated in 1945, he returned to France to work as an illustrator for various publications until his death.

With just a few strokes of his pen, he captured the distinguishing features of a person. His innovative use of blank spaces as formative elements made him a master of reductive technique. Despite his lived experiences and losses, Spira’s work is imbued with optimism and humor.

Paul Peter Porges attended classes conducted by Franz Čižek for children at the Vienna School of Applied Arts. In 1939, he was put on a children’s transport to France. He and dozens of refugee children lived in La Guette, a property in the French countryside that had been transformed into a progressive school structured as a “Children’s Republic.” When Germany invaded and after a period on the run, Porges was interned. Nevertheless, at age sixteen, he escaped, made his way to Switzerland, and continued his studies in Geneva.

By then a talented graphic artist, he reunited with his parents and brother in New York in 1947. After a period of traveling the country with a circus, he joined the U.S. Army where he created a popular comic strip published in Stars and Stripes. He went on to produce cartoons for the Saturday Evening Post, Playboy, New Yorker, Look, and other national magazines. At Mad magazine, he drew satirical caricatures and developed subversive content. The range of publications attests to his creativity, sly humor, and versatile practice.

May 12: Lily Screening in Celebration of Lily Renée’s 100th Birthday

In a special event celebrating the ACFNY’s featured artist of Three with a Pen, join us for an exclusive online screening of Lily (2019), a documentary highlighting the inspiring life and times of comic book pioneer Lily Renée. Director Adreinne Gruben and her film crew followed Renée for 5 years, creating an intimate portrait of the first female comic book artist and her journey from Nazi-controlled Austria to New York’s Golden Age of comics. For 48 hours, ACFNY followers will be given access to this film on the ACFNY YouTube channel via a link that will be made available here starting May 12.

Follow the ACFNY as we take you through the Three with a Pen exhibition, presenting close-ups of the artworks and describing the artists’ lives, legacies, and works in detail. The virtual tour will be available on the ACFNY YouTube Channel on July 29 at 2 PM EDT.

On August 10, be on the lookout on the ACFNY YouTube channel for our exclusive interview with Paul Peter Porges’ daughters Vivette and Claudia. The interview gives a very special and personal insight into their father’s life and work, and features never seen before photos and artworks.

Join us for an evening celebrating the lives of three inspiring artists who wielded mighty pens and for the last chance to see Three with a Pen on September 1 from 6-9 PM. An introduction and panel talk will take place at 6:30 PM. Please email events@acfny.org to RSVP to the panel talk.

This one-minute teaser video shows close-ups of the exhibition artworks.

Follow the ACFNY through the entire exhibition of “Three with a Pen”, presenting close-ups of the artworks and describing the artists’ lives, legacies and works in detail.

Watch the short profile on the exhibition featuring interviews with Lily Renée, Bil Spira, and Paul Peter Porges’ daughter below. 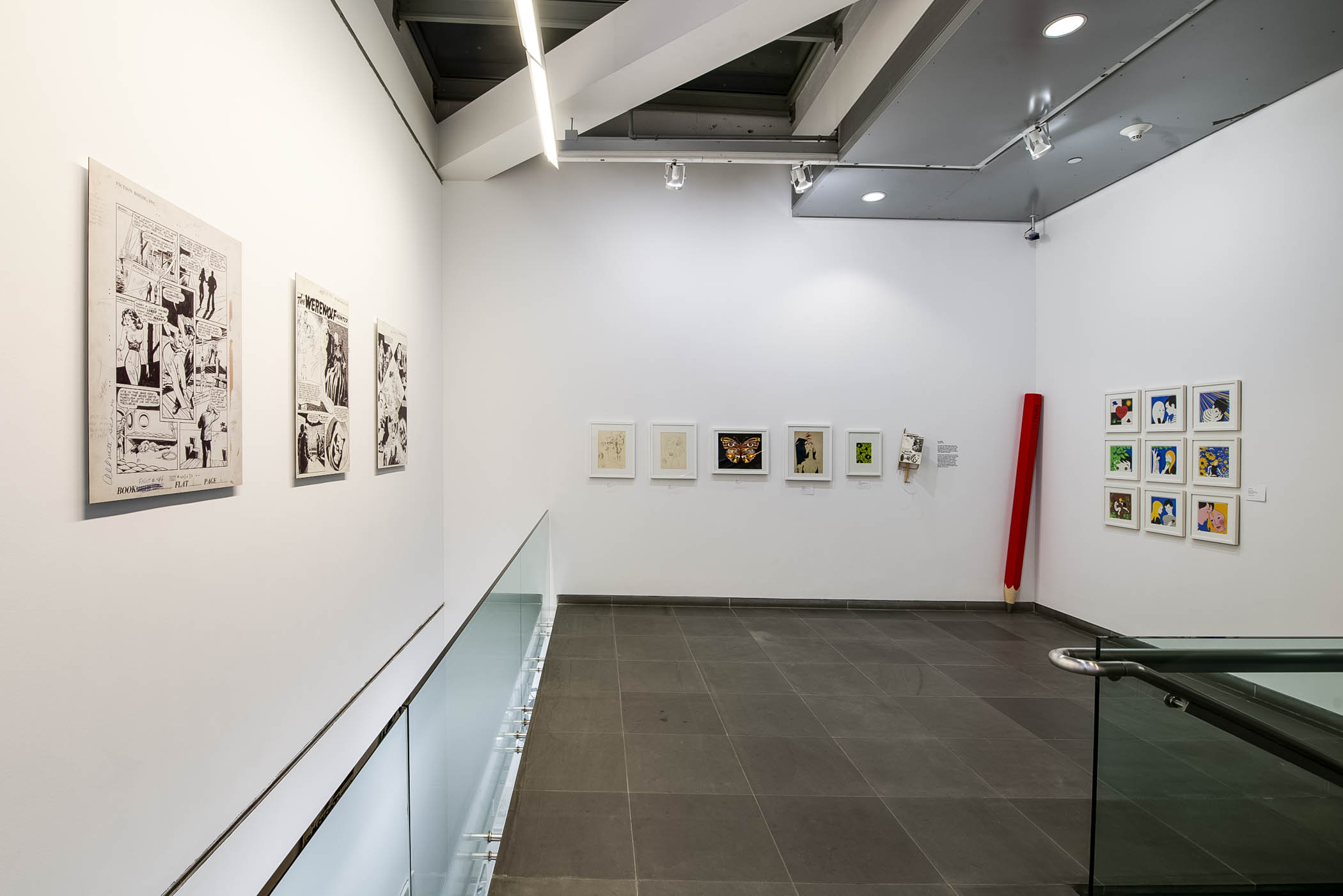 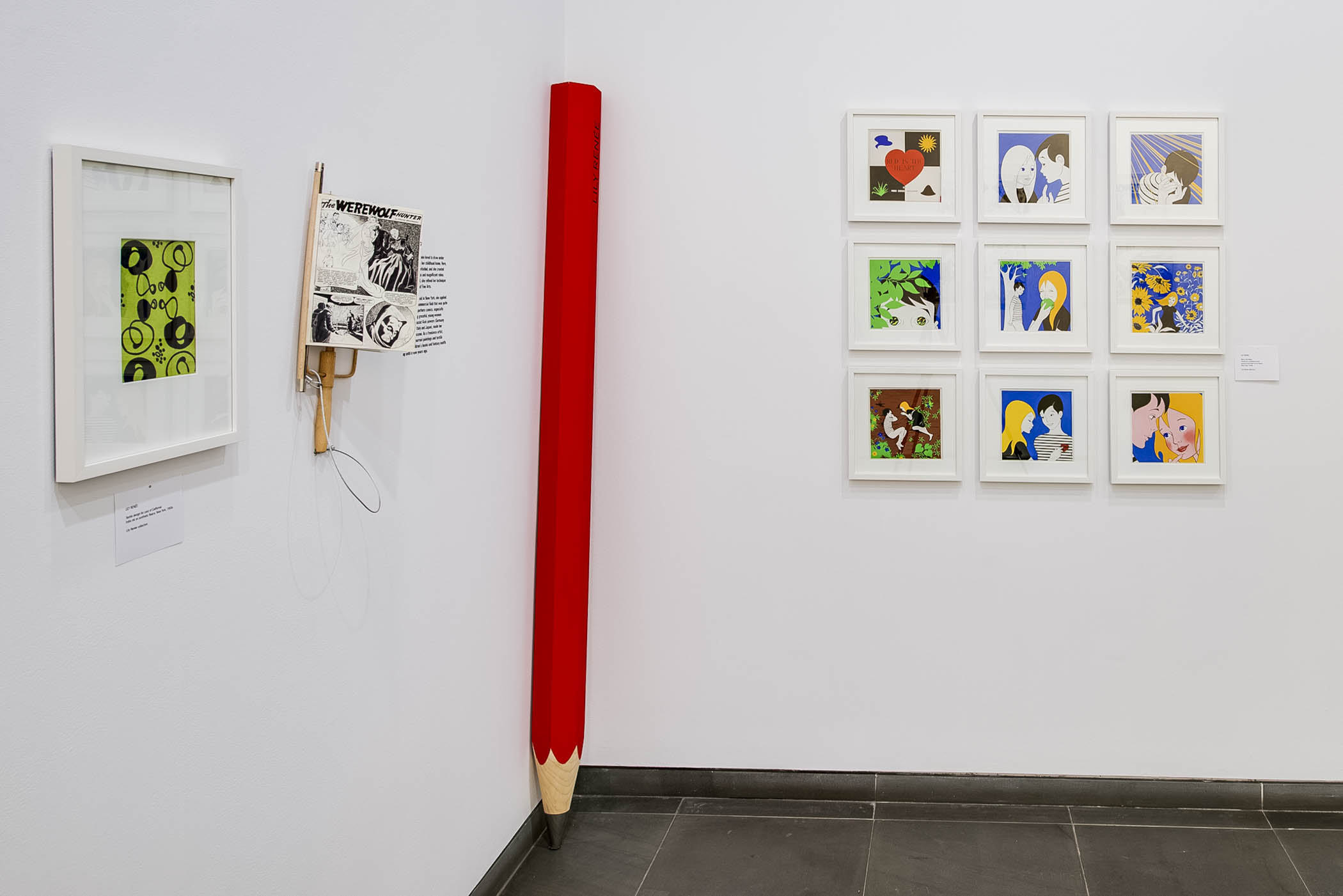 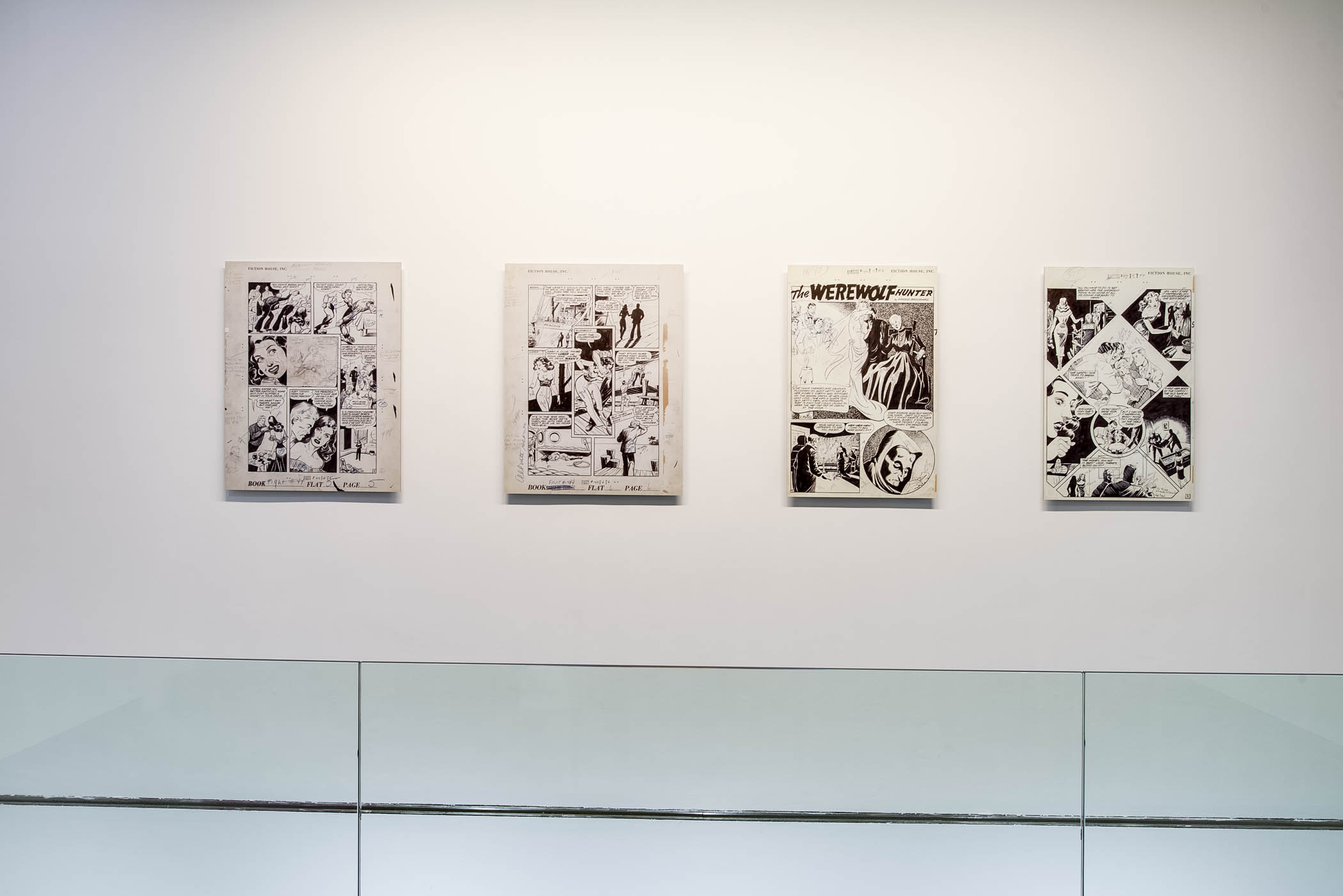 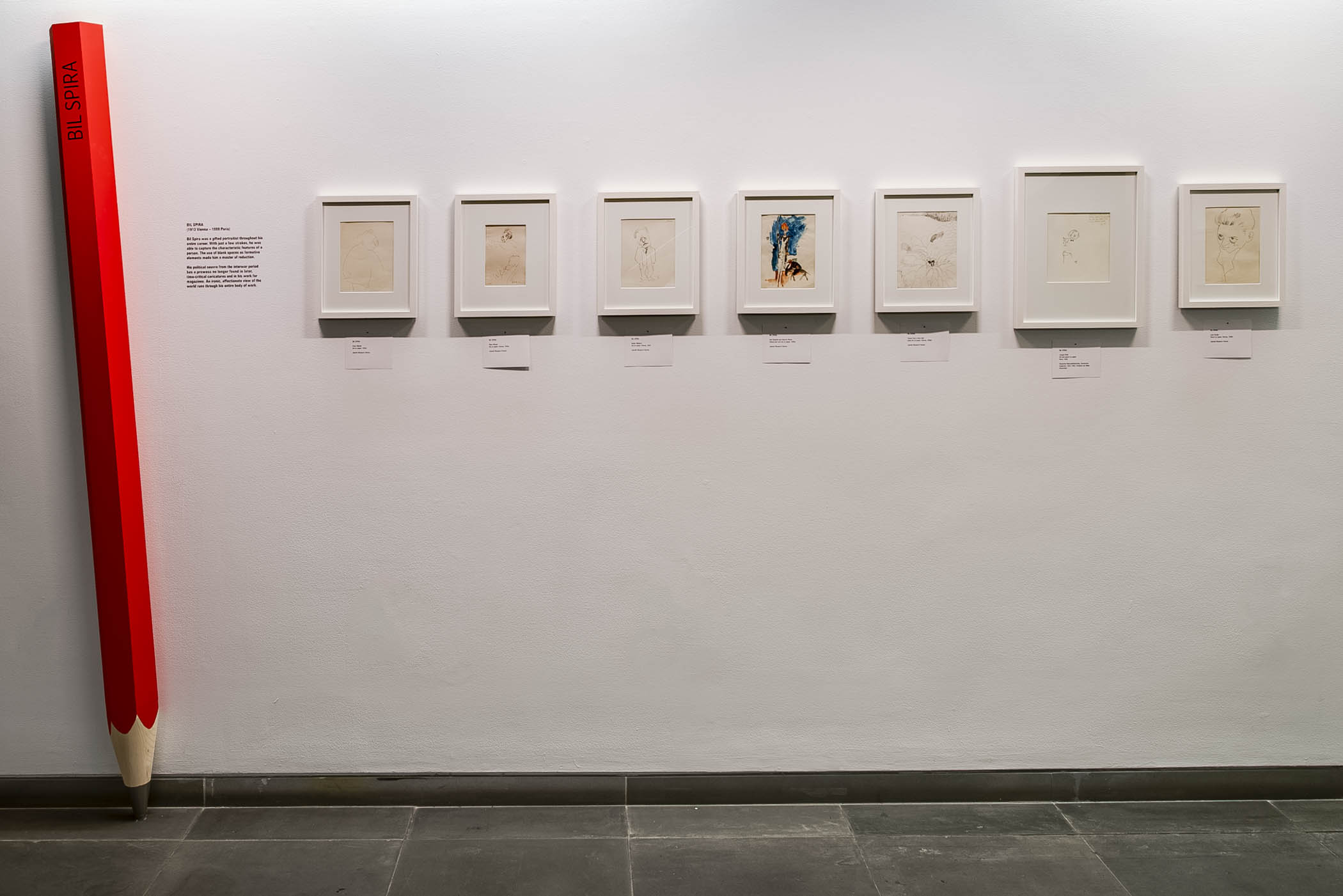 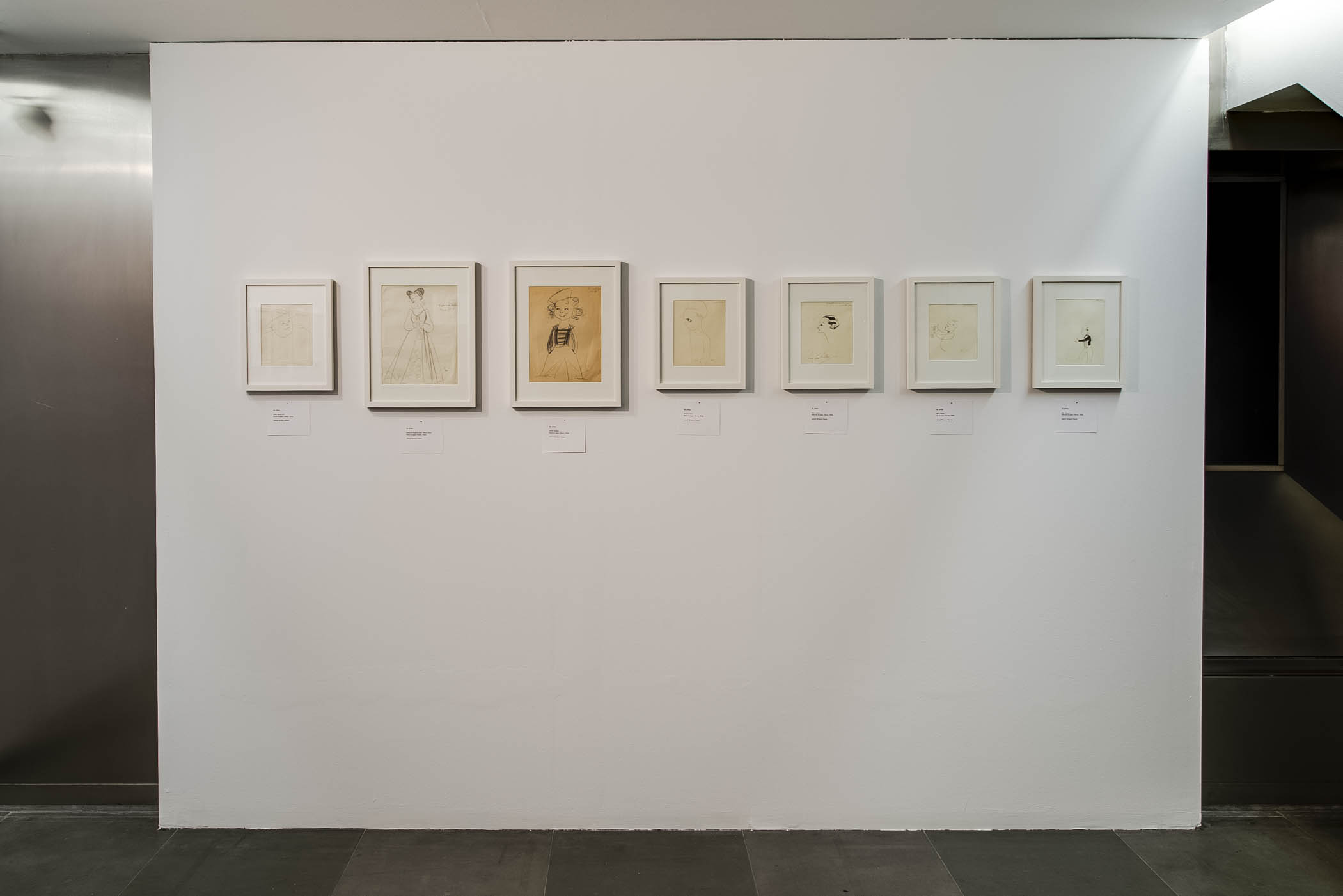 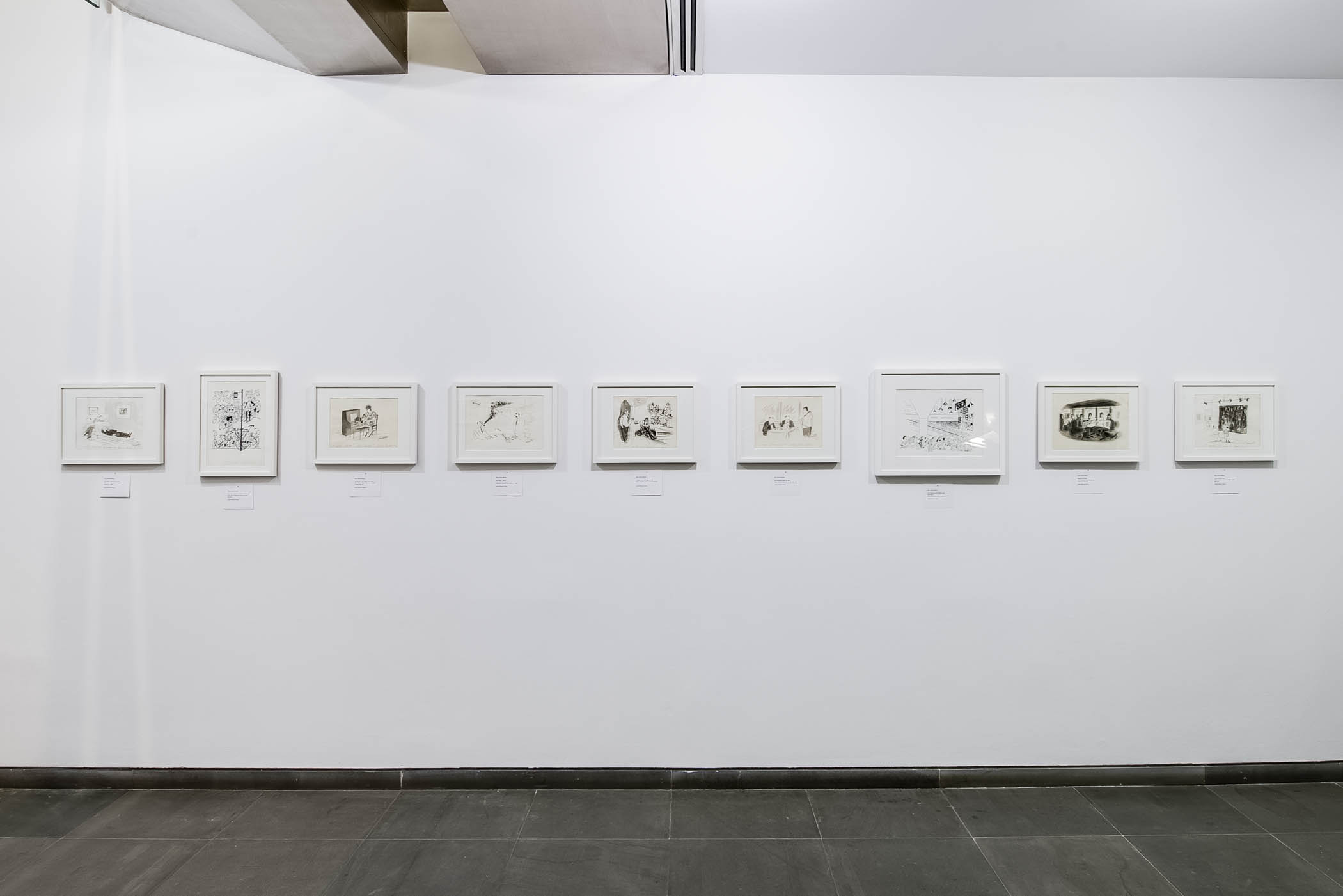 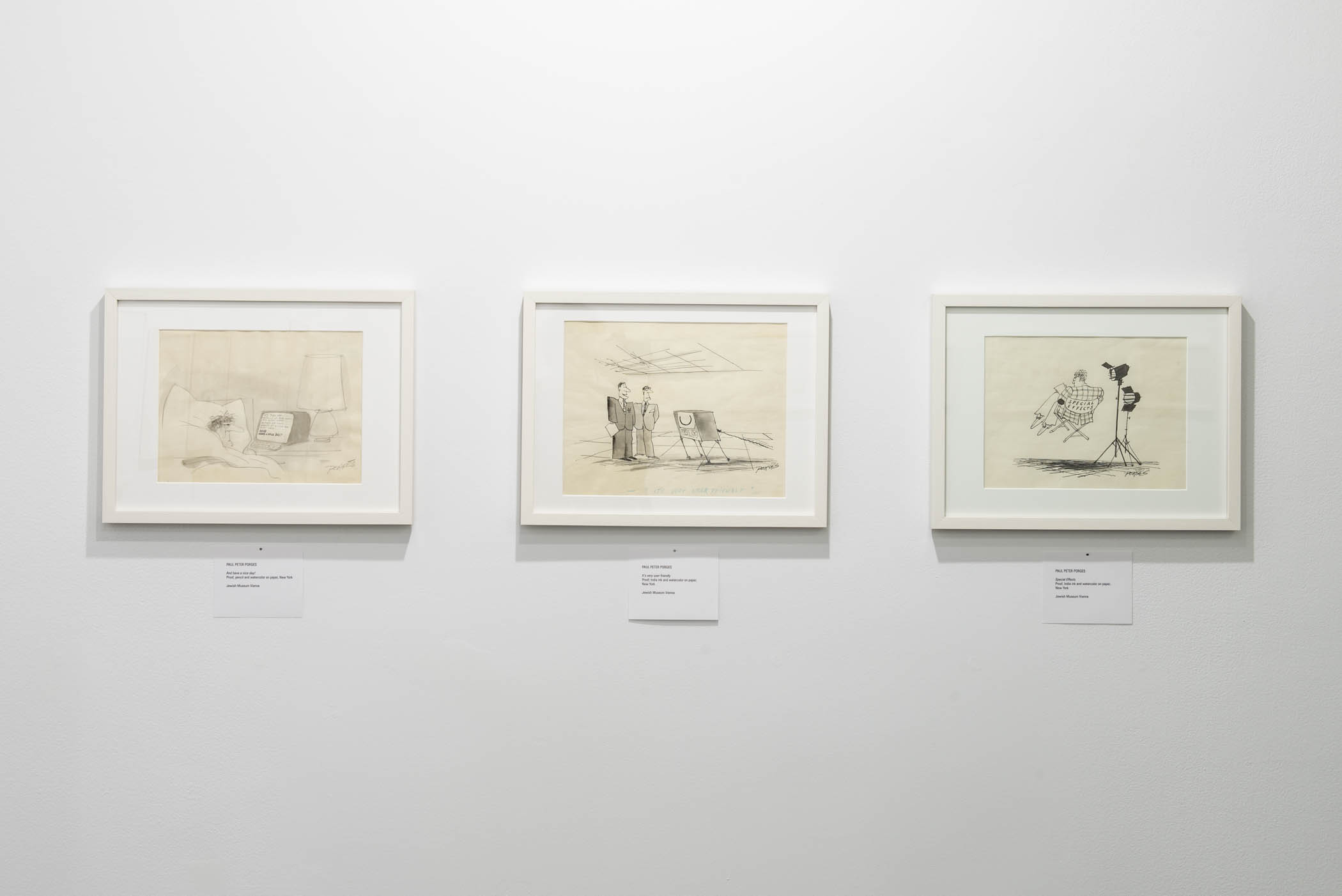 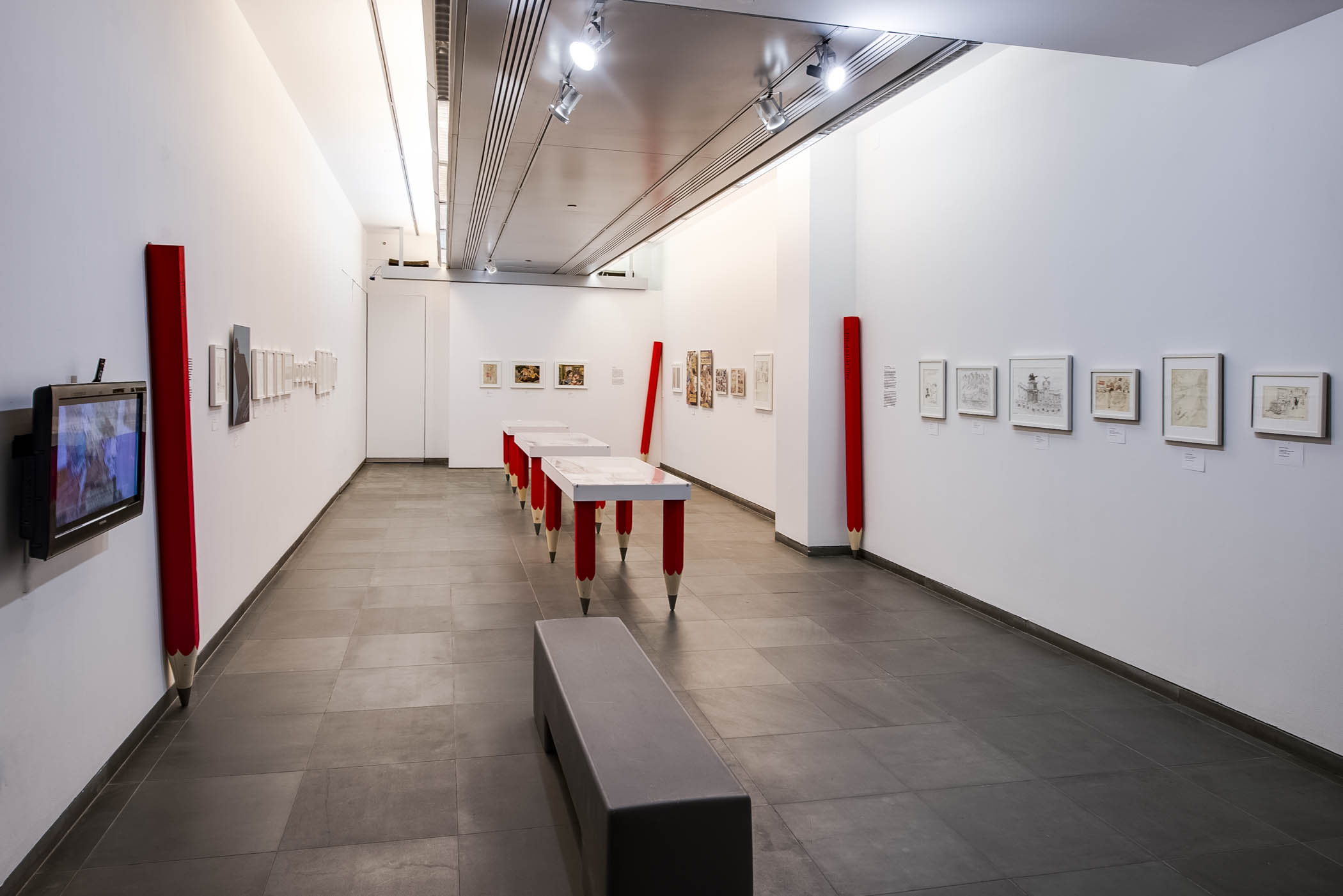 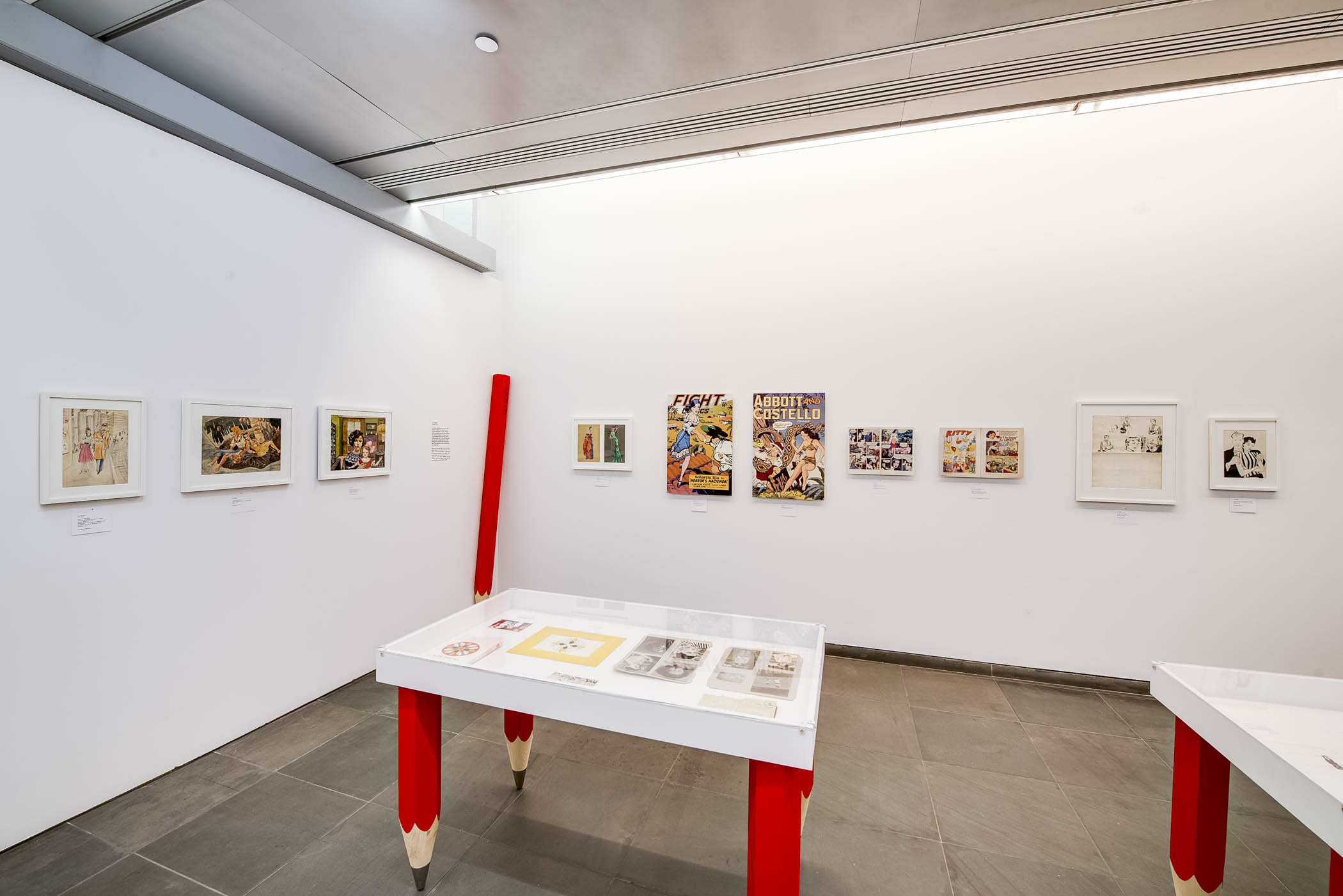 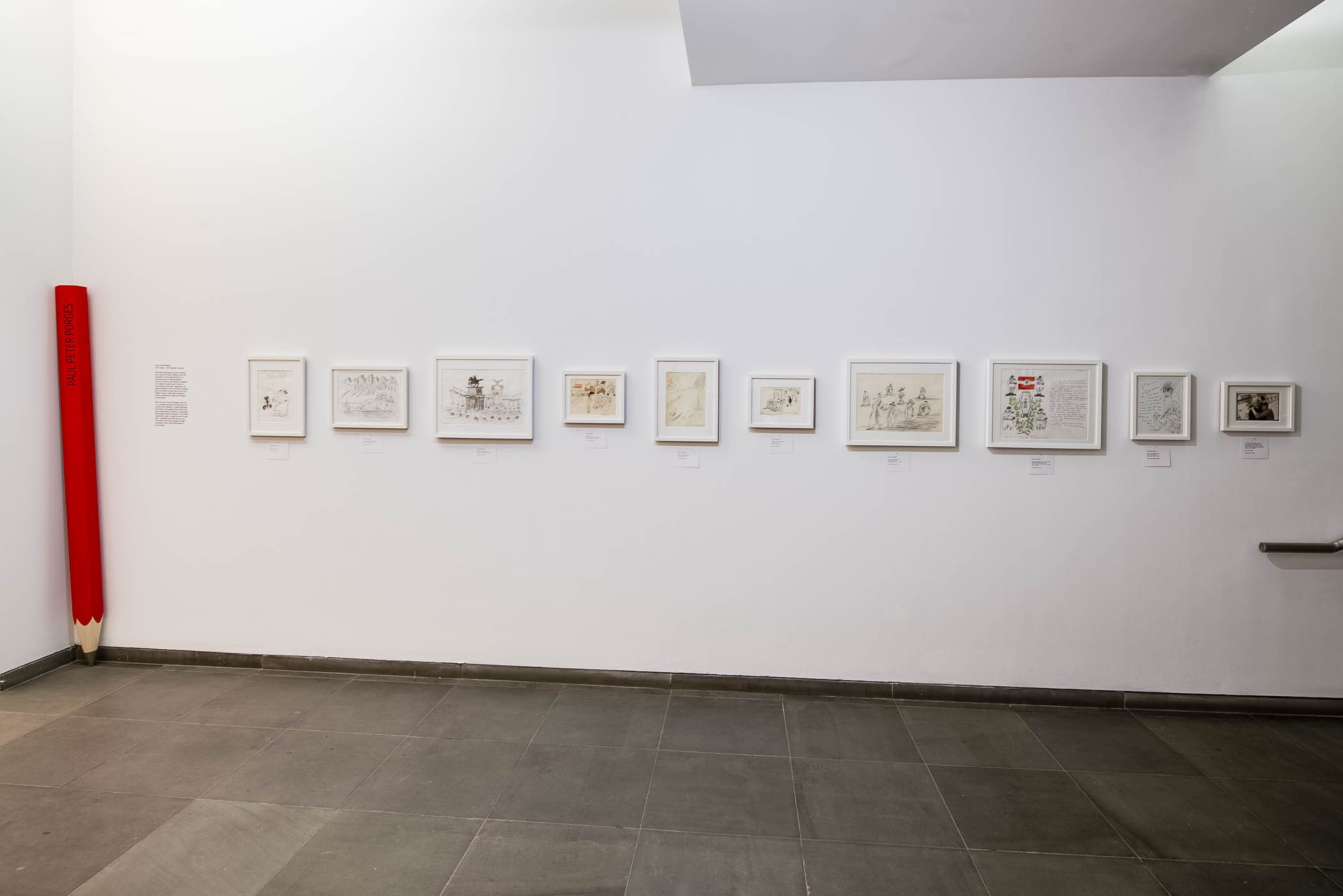 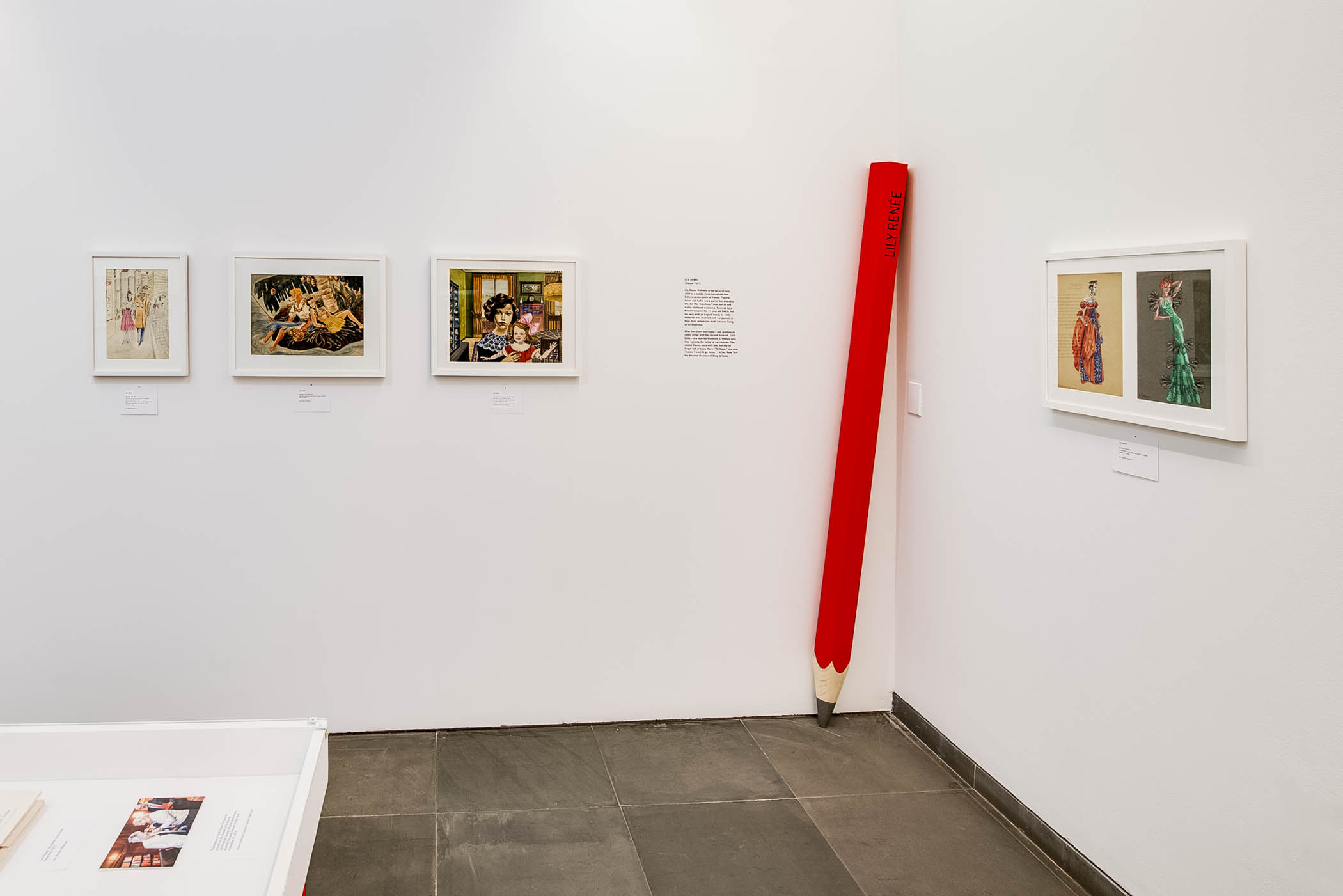 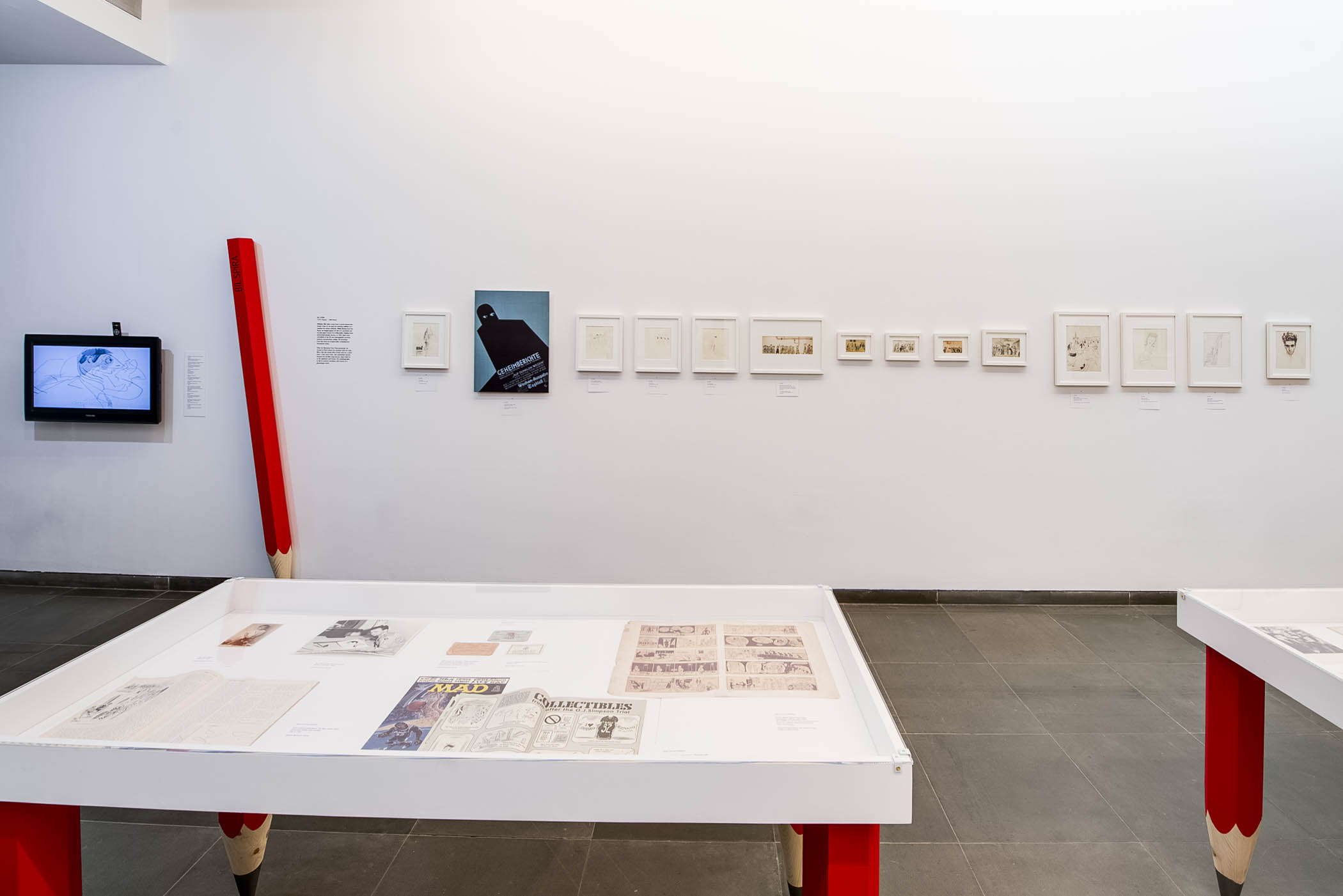